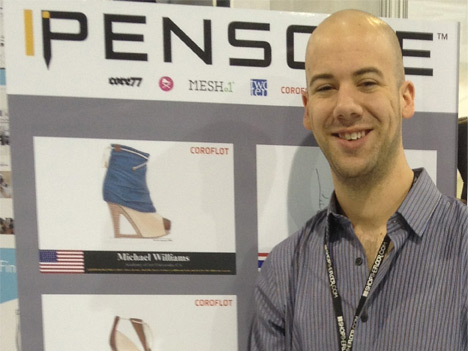 I opened the email to read "Congratulations", informing me I had been accepted as one of the students in the first online Pensole class. To say I was thrilled is an understatement—I had known about Pensole for a while and was just itching to get myself into one of the classes. I happily accepted and knew it would be a great opportunity to further my goal of becoming a professional footwear designer.

For the online class—Pensole's first—we were all spread out across the globe, different countries and time zones. During the first meeting, it was interesting to see others just waking up when I was ending my day. Some of them were waking up in the middle of the night just to be in the live meetings. This made it very clear we were all pretty passionate about designing footwear and quickly established camaraderie. We all had to start with a brief of what kind of footwear we wanted to design, but D'Wayne informed us that in order to grow as designers, we had to design out of our "comfort zone." 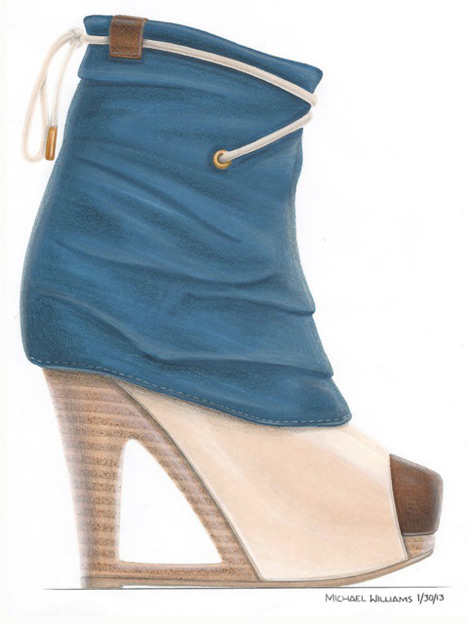 I figured the best way for me to do that was to design a pair of women's platform heels. Of course, the object wasn't to just design another shoe but to design a shoe that served a purpose. We all had to develop design briefs and really developed who we were designing for and what problems we were solving. Once our briefs were completed, the ideas seemed to flow from everyone's thoughts through our pencils, brought to life in pages of sketches. With guidance from D'Wayne and our fellow classmates, we refined our designs over and over again to end up with one solid direction. Our last class session was great—seeing everyone's final designs rendered really ended the class sessions on a positive vibe. 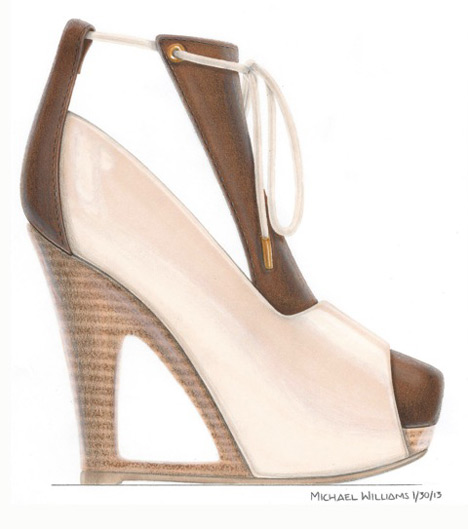 Over the course of the four-week class, each of us seemed to improve quite a lot in our own ways. By the end of the class, a good majority of us became friends through various social media, and continue to stay in touch to share insights and ideas. Similarly, the input and advice from D'Wayne was priceless, as he taught us not only to be better designers but also to be better people. And his mentorship didn't end with the class: D'Wayne later informed me that I had been selected to attend the FNPlatform show in Las Vegas.

I was extremely honored and again made the very best out of the opportunity. The show was great; I was finally able to meet D'Wayne in person. The work from iPensole was on display alongside the work from the other Pensole class, and I was able to meet all of them as well. During the three days of the show, I made several contacts within the industry that are looking very promising. I would definitely recommend Pensole to anyone who is interested in designing footwear! 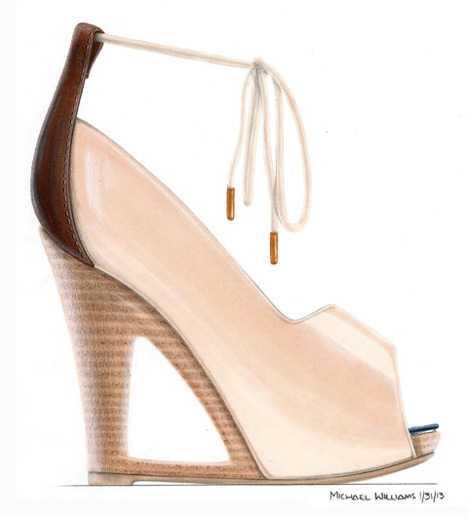 I'd like to thank D'Wayne for giving back to the next generation of designers, your mentorship is invaluable!

Pensole will be announcing their next Master Class next week; stay tuned for more details, including another chance to win one of five Coroflot scholarships!