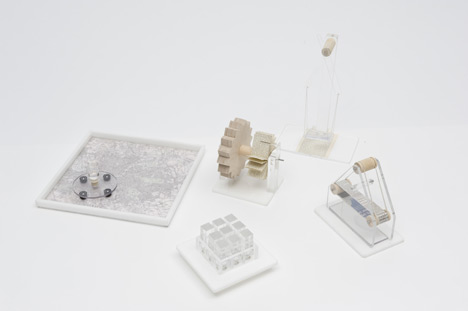 A couple months ago, I posted about "Curious Rituals," a research project by a team of designers at the Art Center College of Design, which I discovered on Hyperallergic. In his post, editor Kyle Chayka also drew a connection to another project concerning touchscreen gestures IRL, "Multi-Touch Gestures" by Gabriele Meldaikyte, who is currently working towards her Master's in Product Design at RCA. 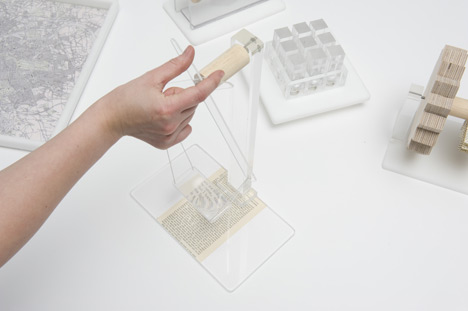 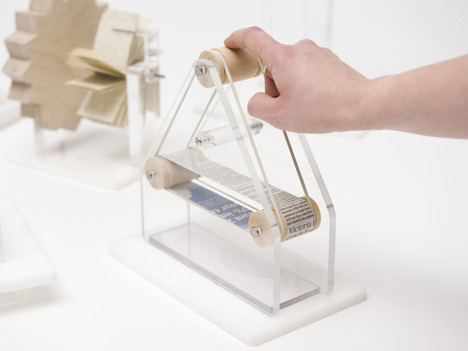 Where Richard Clarkson's "Rotary Smartphone" concept incorporated an outdated dialing concept into a contemporary mobile phone, Meldaikyte explores interaction design by effectively inverts this approach to achieve an equally thought-provoking result. The five objects are somehow intuitive and opaque (despite their transparent components) at the same time, transcribing the supposedly 'natural' gestures to mechanical media.There are five multi-touch gestures forming the language we use between our fingers and iPhone screens. This is the way we communicate, navigate and give commands to our iPhones.

Nowadays, finger gestures like tap / scroll / flick / swipe / pinch are considered to be 'signatures' of the Apple iPhone. I believe that in ten years or so these gestures will completely change. Therefore, my aim is to perpetuate them so they become accessible for future generations.

I have translated this interface language of communication into 3D objects which mimic every multi-touch gesture. My project is an interactive experience, where visitors can play, learn and be part of the exhibition. 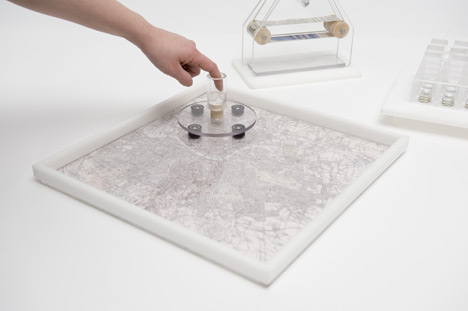 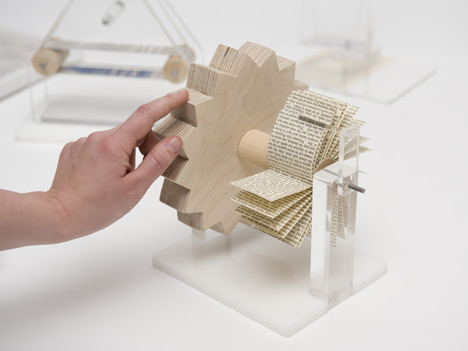 Chayka notes that "they look like something that might be shown in a museum a century or two hence," but I'm also seeing a bit of Da Vinci-esque experimentation, where Meldaikyte's might serve as a fictional or alternate history to how we arrived at the screen-based gestures we take for granted today. While the project certainly bears a Wittgensteinian 'family resemblance' to the Internet of Things, it's also a distant descendant of, say, the bookwheel. 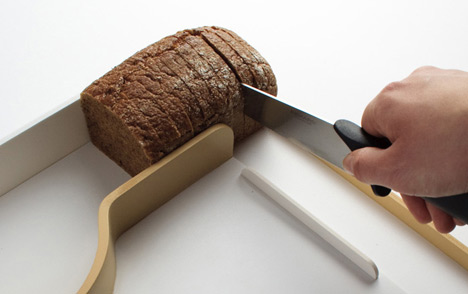 Her rather minimal portfolio also includes a fascinating project called "Single-Handed Cook, which reminds me of Heman Au's "Duo" Kitchenware. (A case of quality over quantity, as Meldaikyte's personal site doesn't offer much more in the way of explanation...)