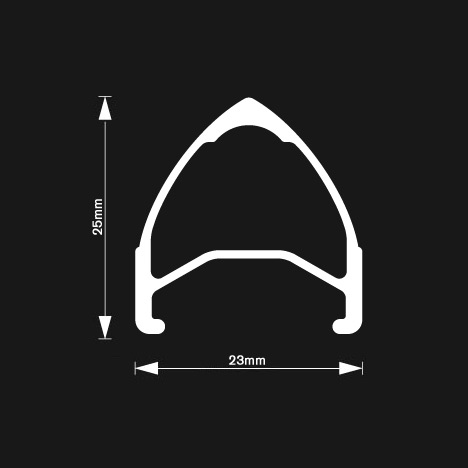 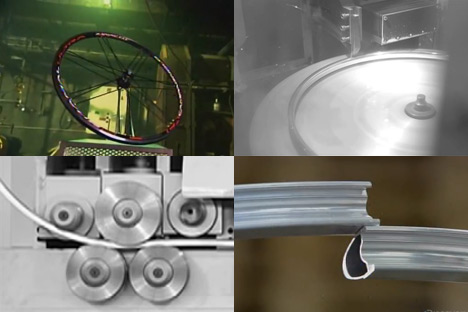 Well, as the saying goes, the large cat has transformed into a young sheep: As of last week, it seems that spring has finally arrived here in New York City after what has been a long and by all accounts brutal winter, and what better way to enjoy the mild weather than to go for a leisurely bicycle ride? In fact, I've already noticed more cyclists during my morning and afternoon commutes, and the forthcoming bikeshare will surely spur increased ridership over the next few months (so too has the long and imperious arm of the law seen fit to capitalize on the uptick... but that's a story for another time).

With the advent of the new season, I've treated myself to a new set of wheels—I'll spare you the details,1 but it so happens that my search led me to yet another slick manufacturer vid from alloy rim purveyors H Plus Son:

The industrial-footage-set-to-industrial-music approach is certainly in keeping with the brand's appeal, but they're also not ashamed to admit that they're manufactured in China. And who's to argue otherwise? The pricepoint is competitive and the product hasn't failed me yet (which is why I'm looking to get a second set). That said, there's no denying that the video is more style than substance. Thankfully, Science/Discovery Channel's "How It's Made" has it covered.2

If it seems that the folks at H Plus Son have omitted a few steps that are seen in the "How It's Made" segment, such as a detail shots of the CNC finishing and anodization, it's worth mentioning that I can see the joins on my Campy Eurus and Mavic Open Pros but they're nowhere to be found on my H Plus Son deep V rims.3 The 'edutainment' short nicely summarizes the process and precision that go into a set of strong yet lightweight, perfectly trued wheels, though there is much debate as to whether pre-built wheels are inferior to hand-builts.Even so, the latter video has its own faults, despite (or perhaps because of) its breadth: I couldn't help but note that the cursory explanation of the machined brake surface isn't entirely accurate, and they probably should have noted that there are different spoking patterns for hand-built wheels.4 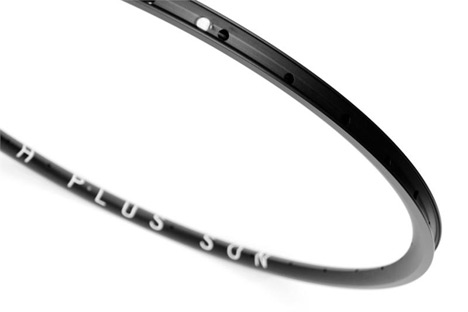 Of course, this simply goes to show that each of the videos is for a different audience: Where the first video is essentially a vehicle for expressing H Plus Son's brand identity in keeping with their utilitarian aesthetic, the Discovery Channel segment is for a much broader audience. It would be easy to call it a case of style vs. substance, but in fairness to H Plus Son, I've found that their rims are quite excellent. (They're also open about the fact that they're made in China, which explains the competitive pricepoint.)

Yet YouTube clips hardly compare to firsthand experience of these industrial processes (the closest I've come is an after-hours tour of the Chris King factory floor). As always, readers are welcome to share their insights and experiences working with these machines. 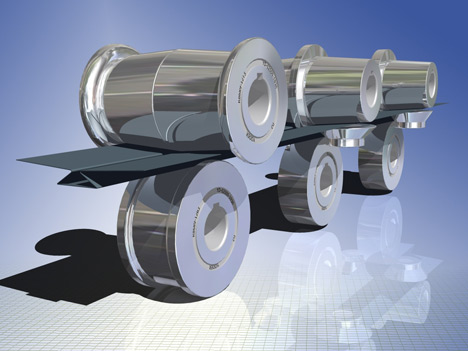 Case in point, my Google search also turned up a 2005 Core77 discussion board thread on the very same topic, for which one of the two links that artur83 posted in response to OP AKgraphics's inquiry is still live, eight years later (Yoder Manufacturing ought to set up a redirect to this page). And even though any tyro—or blogger, as it were—can now dig up the information on the likes of YouTube and Wikipedia, sometimes it's worth asking the experts (which, I suppose, is why we now have Quora). In fact, I had been wondering if the extruded aluminum undergoes any structural changes when it's roll-formed, since the outer edge (the clincher) gets longer as the inner edge (the aero/box section) gets shorter. Lo and behold, the answer turned up in the forum thread:The process of rolling the alloy extrusion into a rim compresses the grain structure of the alloy on the inside face and also stretches the grain structure on the outside edge. When the ends are joined there is a residual stress in the structure much like a bicycle frame after welding. The patented True Track Technology process stress relieves, work hardens, and fully straightens the rim without 'forcing' the rim to be straight. Residual stresses are completely removed. When the process is complete it is checked for 'perfect' roundness and run out (flatness). If there is any variation the rim is cut and recycled, not re-worked until it is acceptable.