What's in a Name? Advice for Companies Expanding to China 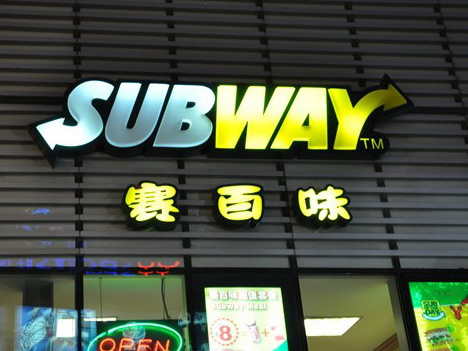 It is not a novel observation to say that names, whether they belong to people or to brands, are important, but in China they assume an even greater level of significance than they do in the West. Amazingly, this is sometimes overlooked by companies moving into the Chinese market, sometimes to their cost.

In China, names always mean something descriptive. Take popular girl's name 丽娟 (pronounced Li Juan) for example. Its popularity stems not just from its agreeable sound, but also because it means 'beautiful and gracious.' Brand names are no different: to succeed they must not only sound appealing but provide some kind of suggestion as to what the product or service is offering the consumer.

A foreign company looking to launch their brand in China must overcome several challenges before settling on a suitable name. Insisting on using a Western one implies a lack of respect for the local market as much as it misses the opportunity to communicate something 'on brand' to consumers unfamiliar with the name.

That is quite apart from the fact that anything written in Latin characters will be illegible to many people.

Instead, a name needs to be found that does at least some (but preferably all) of the following:

1.) It can be written using Chinese characters 2.) The chosen characters result in a name that sounds enough like the original as to be convincing 3.) The characters sound pleasing in and of themselves 4.) The characters mean something appropriate to the brand, either an expression of the values of the brand or the performance of the product or service.

I first became aware of these layers of subtlety when I was learning to introduce Priestmangoode in Chinese. The name 'Priestmangoode' is a combination of the family names of two of our directors and, as such, doesn't actually mean anything. We needed a version of our name that could be written in Chinese, and eventually settled on 普睿谷. Pronounced 'Pu Rae Gu,' it sounds enough like our original name to be convincing and can be translated as: 普 - universal, popular; 睿 - wise, astute; 谷 - valley. Whilst this may not immediately appear to be a perfect match for a product and transport design consultancy, each word does reflect a value of our brand. We believe that good design should be universal and available to all. Our experience of designing products and services all over the world over many years means we offer design solutions sensible to their environment. As for the translation of 谷 to valley, this actually means 'a place where treasure can be found.' Not unlike Silicon Valley.

When deciding upon a Chinese brand name, it is possible to take one of several approaches. The simplest of these is to identify a straight phonetic translation that means nothing. Cadillac, for example, are known in China as 凯迪拉克 (Ka Di La Ke), which sounds spot-on, but has no meaning: an approach that would only work for an already well-known brand.

Another solution is to choose a name that means something but bears no relation to the pronunciation of the original name. It would be hard to argue that 佳能 (Jia Neng) has much in common with Canon, or that 路虎 (Lu Hu) really does sound like Land Rover. But they do mean largely brand-appropriate things: 'Good and Capable' for Canon and 'Tiger on the Road' for Land Rover.

However, the strongest examples are those where all four criteria are satisfied, and there is an almost poetic symmetry to some of them. Coca-Cola, for instance, known as 可口可乐 (Ke Kou Ke Le), works on every level by also meaning 'delicious and joyful.' Even with tens of thousands of Chinese characters to choose from, that is either very lucky or very clever.

Subway, the high-street sandwich chain, have also been successful. 赛百味 (pronounced Sai Bai Wei) means 'better than a hundred other tastes.' Whilst off-road vehicle manufacturer Hummer are 悍马 (Han Ma) or 'Tough and Strong Horse.'Chinese is a language of context and interpretation that defies simple translation, so such translations of names are deeply subjective. What translates well for one person, or group of people, living in one region, might mean something entirely different and perhaps negative to people from another. So, part of the process of settling on a new name must include testing it using a broad cross-section of people of differing ages, backgrounds and from all over China.

Google launched in the PRC with the name 谷歌 (Gu Ger) which translates as 'harvesting song.' This might have seemed as though it would have appeal to the Chinese market, but because of an association with farming and peasants, in a country distancing itself from it recent agricultural past, some (especially older generations) have interpreted it as unsophisticated and at odds with China's modern self image.

Peugeot had a similar problem when they settled on 标致 (Biao Zhi) which sounds nothing like Peugeot, means 'a person who is handsome or beautiful', so is relevant only at a stretch and, in some regions of China, sounds like the word for someone of a disreputable character.

So clearly it pays to be careful, but what is particularly interesting about all of this is what it tells us about the difference between how we in the West interpret brand compared to consumers in China. I think we forget that having founded and then grown up with the consumer society, we perceive brands in a way that is both theoretical and abstract, and the result of decades of practice. Our most basic response is emotional not analytical. Chinese consumers, relatively new to the concept that brands can be used to create differentiation in a competitive marketplace, need other ways to assess their value, hence descriptive rather than emotive names.

What's in a Name? Advice for Companies Expanding to China