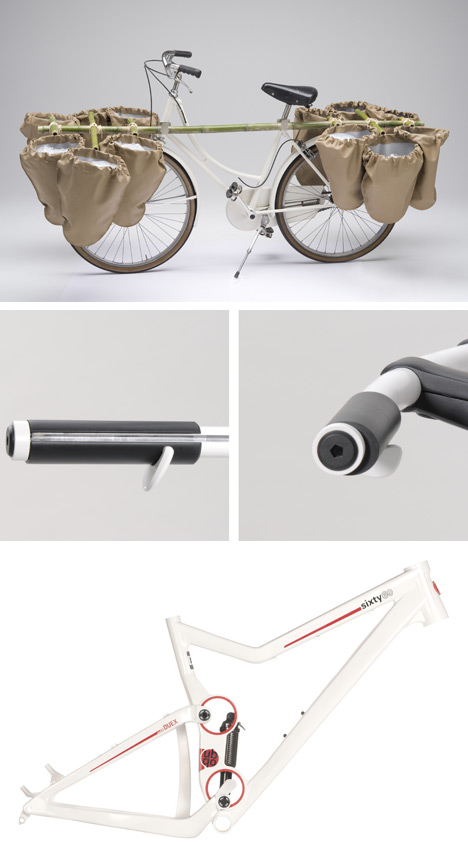 Over the past few days, we've seen the majority of the winners for the International Bicycle Design Competition (IBDC) 2013: the first 12, who won an invitation to a design workshop in Taiwan, and five more who won a bit of cash in addition to the invite. Without further ado, here are the judges' selections for the top five prizes: Each of the designs seen here were deemed worthy of a very respectable 100,000 TWD prize (about $3,350). 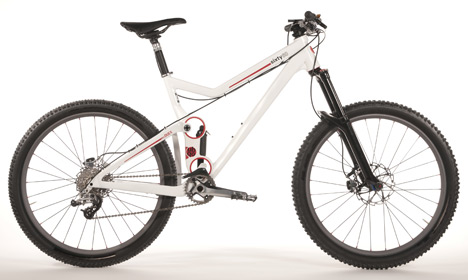 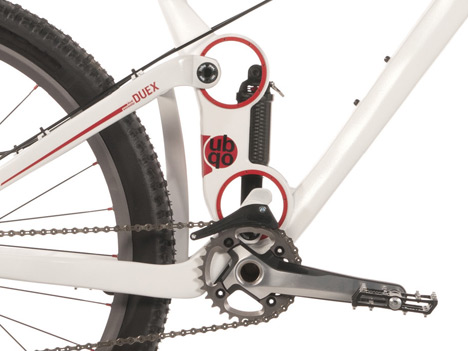 The ubqo sixty60 is a frame with strong, clean, independent lines that covers a wide range of uses. It eliminates the only real weak points of virtual pivot designs: it replaces two small linkages, which are exposed to extremely high loads, with large excenters, which can resist the loads much better and exhibit durability and stability. With its round-edged carbon profiles, the ubqo sixty60 is ready to tackle any terrain.

What the judges had to say: "It is a different frame design that is just like a universal adjustment for bikes of the newest generation."

- I'm not sure exactly what's going on with the points of articulation for the rear suspension, but it looks vaguely hubless to me. 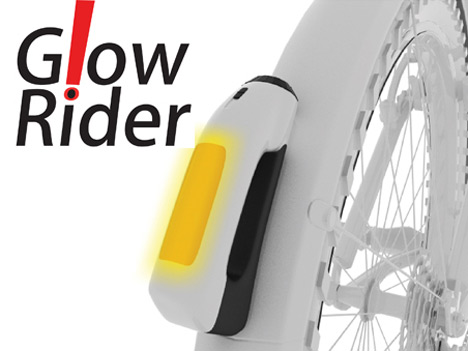 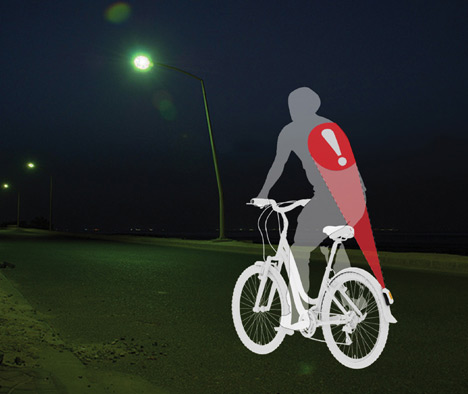 Bicycling in the dark can be extremely dangerous. The Glow Rider is a flashing light, a taillight and a projection light all in one. The Glow Rider is mounted on the rear fender; it acts as a high-powered taillight. At a flick of the switch, the Glow Rider projects a bright beam of light onto the rider's back. This creates a larger lit surface area, which makes the rider significantly more visible in the rain or dark.

What the judges had to say: "The idea is applicable to potentially any bike. Though we think about the future, bikes are also about encouraging sustainability. The idea is self-sustainability and it's a good marketing point."

- We've seen lights that project images on the road, but this fender-mounted 'bat signal' is an interesting twist. Combine with retroreflectivity for maximum effect (i.e. Nike Vapor Flash). 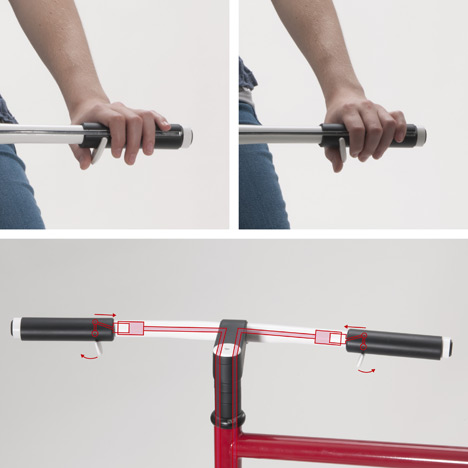 The PENTA brake system is an innovative hydraulic brake system for bicycles. These thumb brakes do not require a lot of force to be applied and it is then easier to control the braking power. The cables mounted on the inside are protected from vandalism. The low-maintenance brake is serviced over the handlebars and the stem, whereby the entire top piece can be removed.

What the judges had to say: "The advantage of this brake system is that it is controlled by two thumbs and I think it is a little revolution in the bicycle industry."

- I really can't imagine any advantage to the thumb-levers, and there are handlebars with internal cable routing on the market now. Moreover, I don't know if these levers would offer adequate feedback compared to a lever that is gripped with all four fingers. (Also, what kind of sociopath is tampering with unattended bicycles' cabling?) 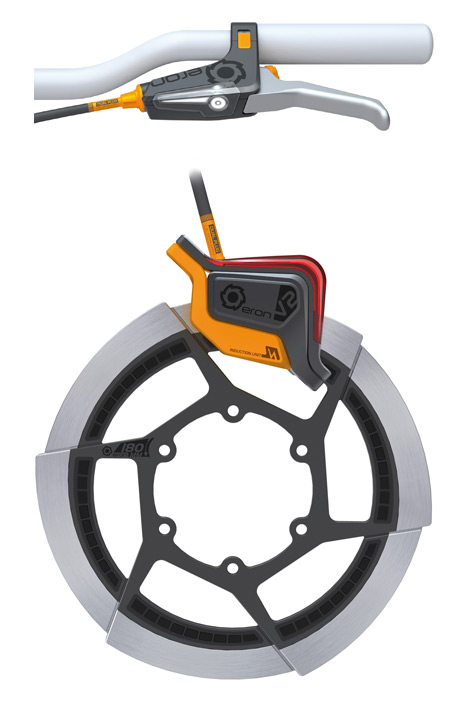 ERON combines the functions of a conventional bicycle disk brake with a bicycle lighting system. While riding, magnets fitted into the brake disks produce electrical energy in induction coils arranged beside the brake calipers to operate the lights. The front lights are integrated into the brake handles, while the taillight can be attached to the rear brake caliper. The "Dual Plug" hose line supplies the disc system with hydraulic oil and the front lights with electric energy. As a result, the unsightly mess of cables connecting the generator to the lights is a thing of the past.

What the judges had to say: "This is one of the most complete ideas, they even thought about how the electricity is stored. The student has done an excellent job and this is absolutely applicable to today's market."

- Nice concept for sure; not sure how efficient the generator would be, but the two-way line is an interesting proposition. 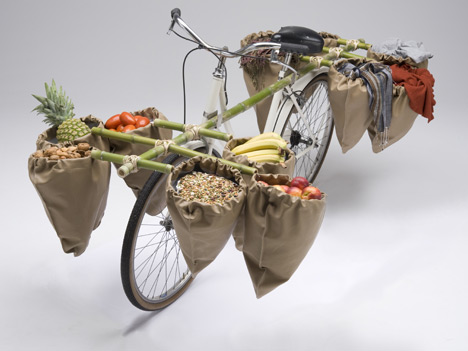 BamGoo is a transport system designed for emerging countries that use bicycles as their most important means of transport. It is a very simple structure made of the natural materials that are easy to find and easy to work with using simple tools in the corresponding countries. It consists of 12 containers positioned symmetrically so that it can be used as a stall at markets in and around the villages. Thanks to the two holders, it can be easily detached from the bicycle to be carried by hand.

What the judges had to say: "This is from the category of service and facility and that's exactly what it is. You don't need a new type of bicycle; you just need these two elements and the frame structure made of bamboo. It's so simple, so effective and helps a lot of, mostly, women to carry all these heavy things to the market or from the water hole back to the village."