A Handbuilt Bicycle via Kickstarter? The Urban Tour by Thomas Callahan of Brooklyn's Horse Cycles

It seems like just yesterday I was commenting on the seasonal influx of urban cyclists riding both for business and for pleasure. Oh wait, it was just yesterday that I mused on the topic du jour (or of the week, as it were), and apparently I'm not the only one: local framebuilder Thomas Callahan is stepping up to the task of supplying savvy Brooklynites with handcrafted bicycles at a reasonable price. 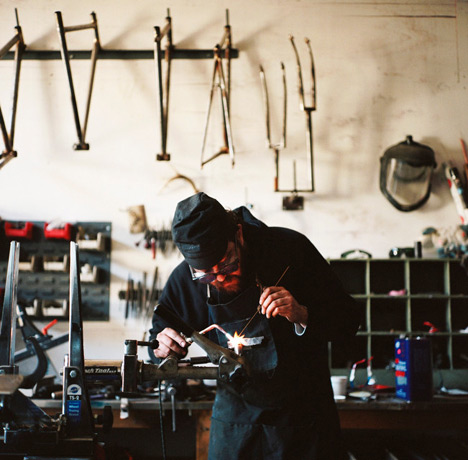 I've known Callahan of Horse Cycles for a couple years now, ever since he hosted the afterparty for the first annual New Amsterdam Bicycle Show; his booth at last year's show was a standout (no word on whether the show is returning this year). I've made a point of peeking into his shop in South Williamsburg from time to time since then, and it seems like he's always juggling a constellation of new projects alongside his bread and butter of building beautiful bicycles. 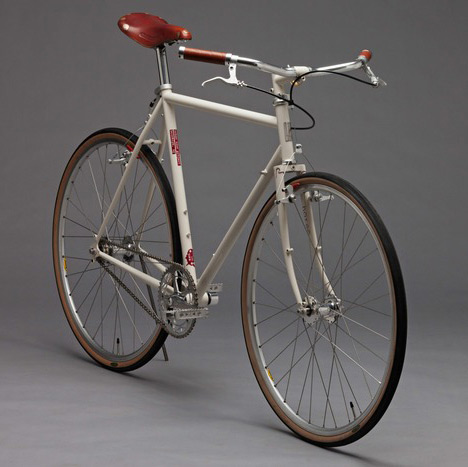 For the past few decades, a custom bicycle was the sort of luxury that only a select subset of cyclists would even consider, and most modern-day commuters are still content to stick with off-the-shelf offerings from industry giants (no pun intended). But with a growing market for discerning riders looking to upgrade to something a little nicer, Callahan hopes to meet them halfway with a line of Made-in-Brooklyn production bicycles. Where Detroit's Shinola has the deep-ish pockets to put some marketing muscle behind their launch, Callahan's turned to good, old-fashioned crowdsourcing to launch the Urban Tour Project:

We had the chance to interview the sometime artist and jack-of-all-trades on the occasion of the Kickstarter campaign:

Core77: What inspired you to launch the Urban Tour project? I imagine you've seen increased demand for touring/townie bicycles?

Thomas Callahan: Yes, I have seen an increase in the demand for touring bikes and townies—or just a bike that is versatile. More people are riding more of the year. They're looking for something they can run fenders on and racks, both for touring or just the commute into the city. The train ride into the city from Brooklyn is getting crazy and I think people realize they can actually enjoy their morning commute on a bicycle and often reduce their commute time [in the process].

Also, a lot of people want a single bike that they can commute and also tour on. Obviously, people log more miles on the commuting side, but to have something that can handle the occasional tour is great. The bike is set up specifically for this—the geometry is a little more snappy that your average touring frame to give you the performance you need in an urban environment.Why did you turn to Kickstarter for this project?

I want to stay independent and really have the bicycle community pushing the direction of the business. I don't want to sacrifice quality for profit, which sometimes happens when you turn to third-party investment.

I think the company in the end will benefit from this honesty and commitment to quality. That's why we are doing everything in the U.S... and more specifically, locally, in my shop. 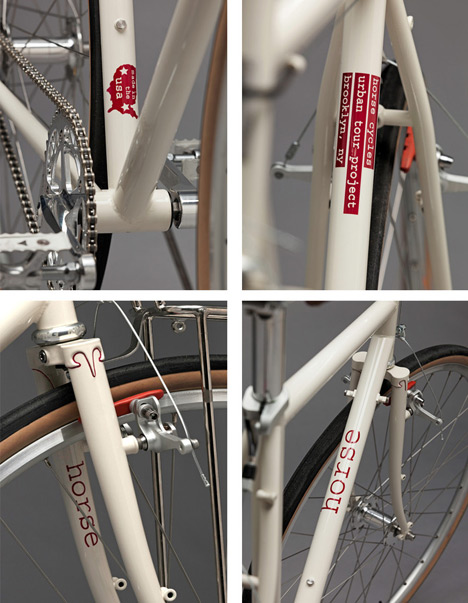 I'm not 100% sure, but what is do know is that there is a demand for these bikes and for high quality bikes made locally. I'm drawing on my experience within my local community and responding to that.

[As for what makes the frames unique], not only are they made in house, but they're also made from U.S.-made materials such as True Temper steel. The cool thing is that they are designed to be versatile: You can set them up as a singlespeed or a multispeed or with an internal gear set up. More than anything, we wanted to make something that is accessible. Functional, utilitarian while still maintaining the elegance of hand made. I think the lugged fork crown helps with that. I also think that the ladies' 650B is super amazing and unique in terms of a high-quality offering for female cyclists. 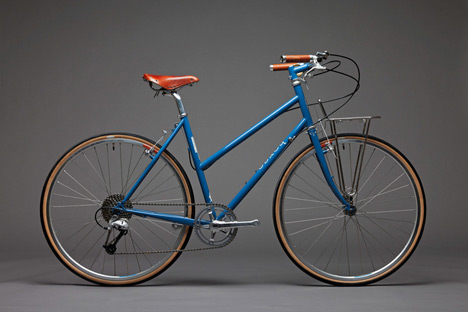 The price seems pretty competitive for a handbuilt bicycle. What kind of equipment are you looking to fund? Can you elaborate on how this would allow you to scale up production at cost?

Specifically, [we're looking to get a] dedicated milling machine for single cutting operations, as well as more jigs for the bikes and a better alignment table. We are also looking to invest in a more environmentally-friendly workshop, including a state-of-the-art powdercoating capability—it's way more efficient and eco-friendly.

We also need to pay for the additional labor that is required and by doing this we are creating more jobs and more opportunities for the framebuilding community.

Sounds like you're looking to expand your operation quite a bit at the moment. What does the future hold for Horse Cycles?

It means Horse is ready to do more! We are doing this to make our brand and the quality things we make more accessible to a larger audience. We love these bikes and how they let us experience the city and live on two wheels, and we want to grow and share that with as many people as possible. The custom work will still be full on. I'll be working harder than ever, doing what I love! 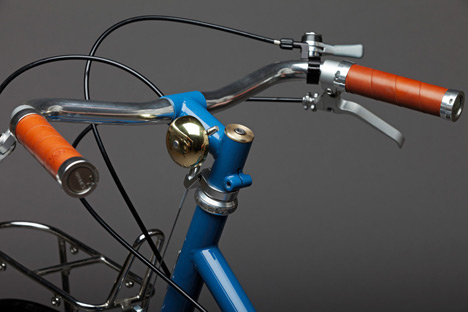 The stem with integrated bell is one of the rewards

Check out the Kickstarter campaign for the Urban Tour project for more information; reward tiers include a range of cycle-centric goodies such as a saddle bag and freshly roasted coffee beans from the other Portland.

A Handbuilt Bicycle via Kickstarter? The Urban Tour by Thomas Callahan of Brooklyn's Horse Cycles