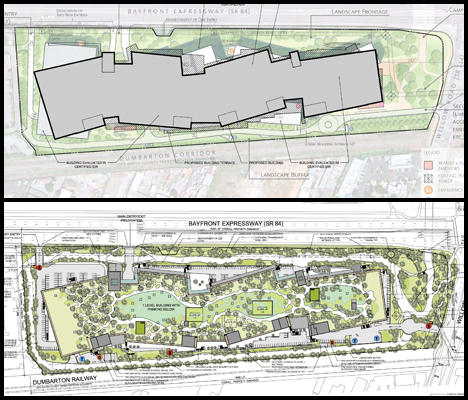 It's interesting to see that certain design world dynamics can scale up and down. Even the lone, unknown freelance designer will recognize the following situation: The client says they want a bold, new redesign, and they hire you based on your book. So you give them a bold, new redesign. With every new meeting they have you tone the design down more and more, and then you realize that "bold, new redesign" doesn't mean the same thing to everyone.

Apparently that dynamic is happening on a larger scale with Facebook West, the forthcoming Frank-Gehry-designed HQ. While the Menlo Park City Council recently approved the 433,555-square-foot structure, Mercury News reports that the Council's approval meeting also contained this tidbit:

[Gehry's] creative partner, Craig Webb, told the city council that Facebook CEO Mark Zuckerberg and other company officials asked that the design for the Menlo Park building be low key. As a result, some of the earlier ideas, such as one that envisioned the building's ends flaring out like butterfly wings, were dropped, Webb said.

"They felt some of those things were too flashy and not in keeping with the kind of the culture of Facebook, so they asked us to make it more anonymous," Webb said. "Frank (Gehry) was quite willing to tone down some of the expression of architecture in the building."

One significant design feature unchanged from what we described back in August is that the entire structure will be one huge room. That provides design challenges of its own, and the Silicon Valley Biz Blog, which also sat in on the Council meeting, describes the solution:

It might be one giant room, but architects are sensitive to a potential pitfall with this approach: creating a vast sea that lacks a sense of place. So designers are placing services - from mother's rooms to game zones - at strategic locations to break up the space. Still, it should be possible for a Facebooker in the center of the space to have a line of sight from one side of the building to the other.

Lastly, it appears the building will be covered in a rooftop park complete with trees. Wired snagged these shots from the Menlo Park City Council: 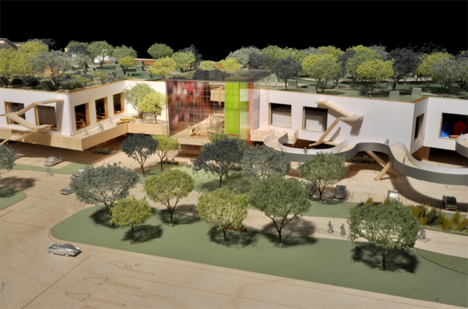 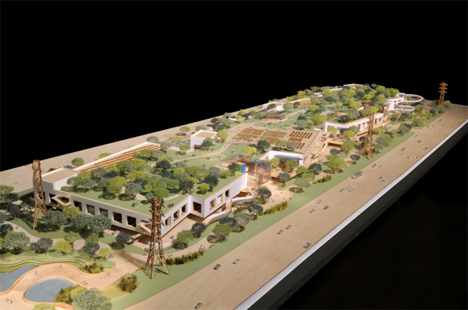 Reminds us a little of that camouflaged World War II factory in California.