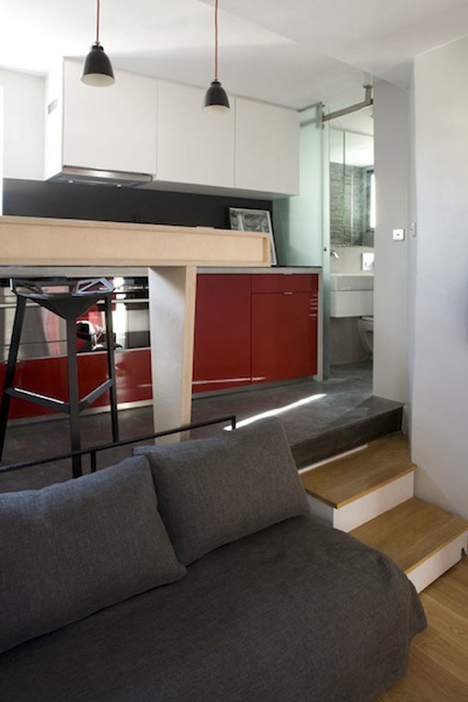 I just came across shots of this 130-square-foot apartment in Paris. The fact that the tiny space is split-level could've been a big disadvantage, but the unknown designer turned it into a plus with their handling of the couch-bed situation.

As with a PATH Architecture project we looked at earlier, the bed serves as a couch during the day by concealing half of it, but at night it is pulled out to reveal its full width. 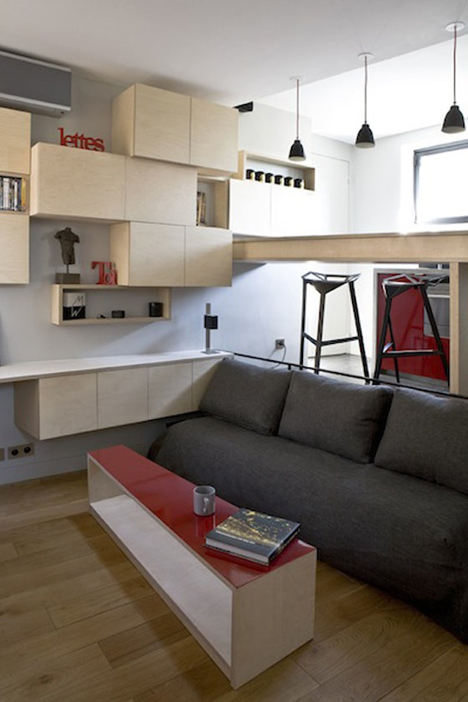 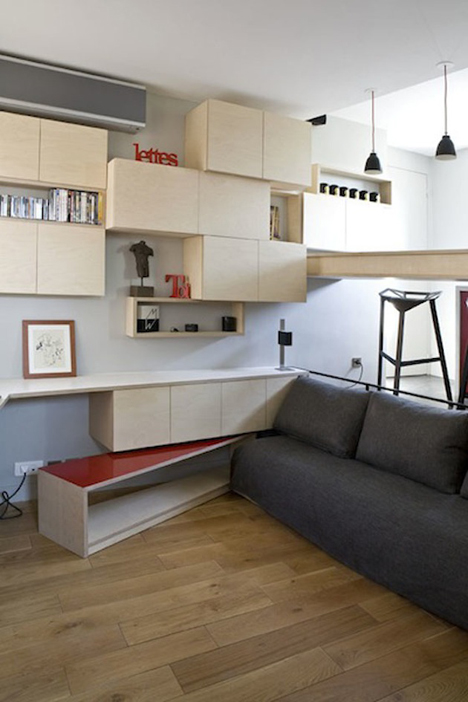 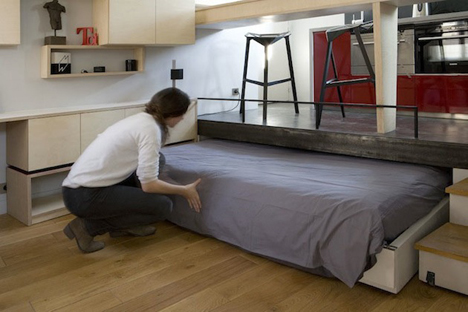 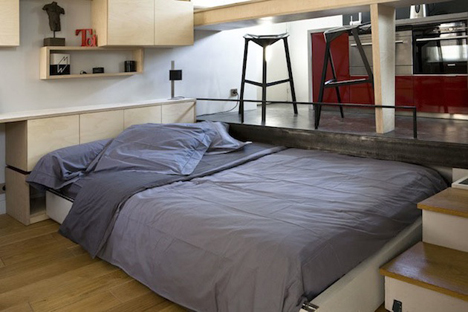 It can also be slid all the way into its housing to disappear altogether. 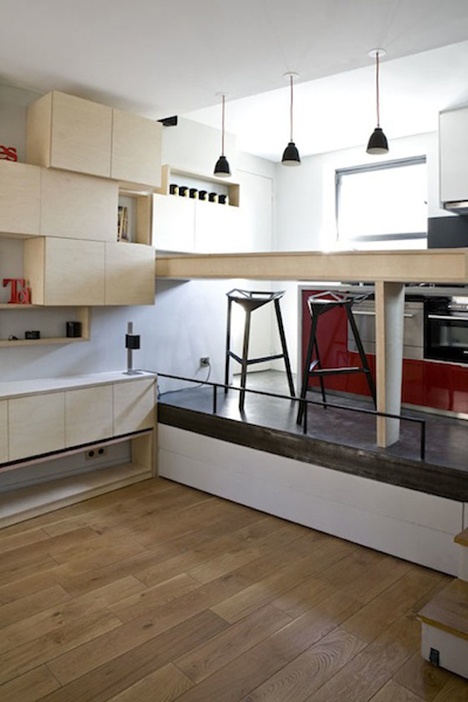 That being the case—particularly that last part—my question is, what do you think is supporting the floor over the bed compartment? Assuming that's a full-size mattress (or whatever the European equivalent is) more than six feet long and nearly five feet wide, that seems like quite a span to leave unsupported, particularly as you can clearly see (presumably heavy) kitchen built-ins towards the rear. I'd expect to see 2x10 joists, but the thickness of the floor barely looks like it will hold a 2x6 with some 3/4-inch sheet goods for the surface. Any ideas? Do you reckon they built a torsion box? And what else are you French designers hiding from us?