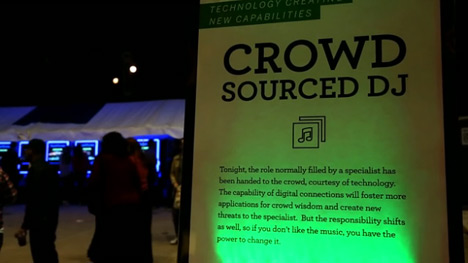 At frog, we often find ourselves conducting research in surprising places all over the world. Those of you familiar with our recent trip to Afghanistan will know that we conduct field research everywhere from private homes and businesses, to civic and social institutions, to very public spaces. When we're in the field, we like to create "pop-up" studios to facilitate rapid synthesis, ideation, and prototyping. Last month in Austin, we created a unique pop-up studio very close to home, at the frog SXSW Interactive Opening Party.

For thousands of SXSW attendees, the frog party is the traditional kickoff for an intensely social and inspirational week at the conference. It's their chance to blow off steam with friends and colleagues, and to get the creative juices flowing for the week ahead. By now people have come to expect that the frog event is not just an ordinary party, but a kind of social experiment, and a place to casually explore the meaning of technology in our lives. This year our theme was "The Other Singularity," or what happens to social life when we embed massive computing power in unexpected places, from coffee table books to porta potties.

I've been going to the frog party for many years and have enjoyed the playful and provocative technology experiences we create for our guests. In the run up to 2013, I realized we had a rich opportunity to gather thoughts and feedback about applications of this new technology with an enthusiastic and tech-savvy crowd. The inspiration for the research focus sprung from the Crowd Sourced DJ, which used TouchTunes smart jukeboxes (designed by frog and the TouchTunes team) and the TouchTunes mobile app to allow party guests to create and curate the party playlist in real time. TouchTunes serves consumers in nearly 60,000 local bars and restaurants in the U.S. with their reimagined jukeboxes and mobile app. They regularly experiment with social features and experiences. The Crowd Sourced DJ was part of an on-going collaboration between TouchTunes and frog to design interactive products for social venues. For the SXSW party, the TouchTunes technology was modified to make each song selection a vote, rather than queuing the song to play immediately. 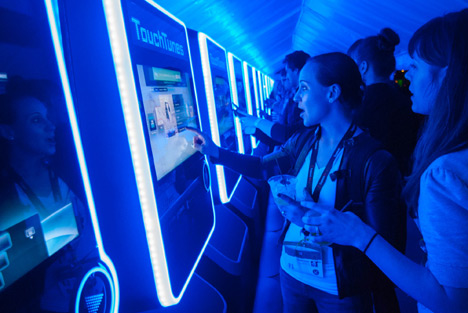 With a team of frog researchers, I set up a pop-up studio to explore the dynamics created by this approach to the music, more specifically exploring perceptions of crowd sourcing, quality, and the social dynamics it created.

The crowd's response to party itself was enthusiastic and their enthusiasm bled over into an excitement to participate in our research. Guests were happy to engage with our research team and share their feelings and ideas about the music at the party. We're now busy synthesizing the research, and in the coming days we'll publish the insights right here on this channel. Stay tuned for more frog insights... 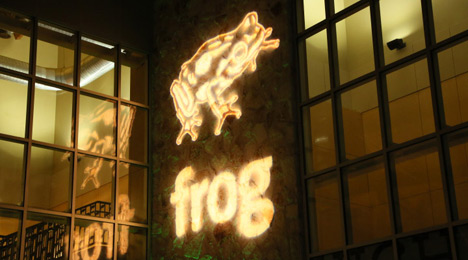