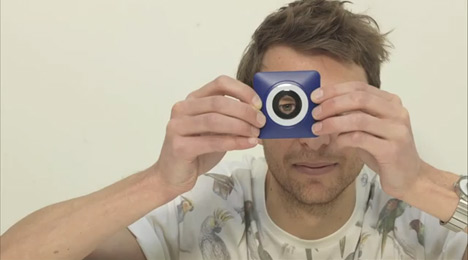 All images courtesy of BBC/Darren Russell

BBC Future recently invited Conran's Jared Mankelow to rethink the camera for their series on "redesigning the everyday," Imagineering, in which "top designers rethink common objects and offer 21st Century solutions." The Senior Designer at Sir Terence's venerable company did away with the screen-based interface, hearkening back to the "retro joys of analogue photography"—namely, "that old-school feeling of waiting for your photographs to be developed before seeing how they turned out." 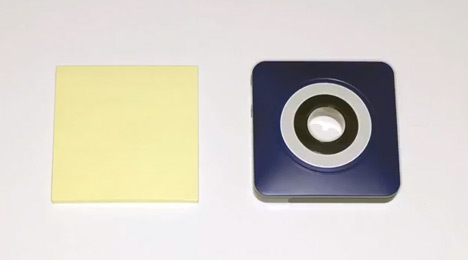 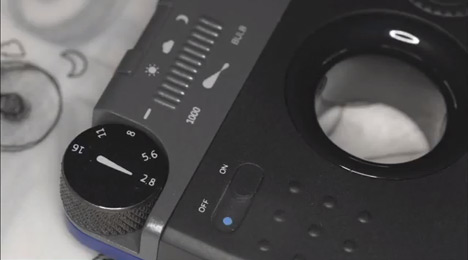 Mankelow's concept consists of a simple square, roughly the size of a Post-It pad, featuring a distinctive central aperture that serves as the lens and viewfinder, "with two rings at the front for the imaging sensors (black) and a ringflash (white)."The square snapper may only be a mock-up—made by the UK's Complete Fabrications—but it includes many of the attributes Mankelow would like in a finished product. Firstly there is the weight—the design's reassuring heaviness harks back to the chunky character of models from the 1970s, when old-school film cameras arguably reached their golden age.

The lack of screen, of course, is the most radical departure from existing digital camera design. Noting the availability of wireless screens—smartphones, tablets, etc.—Mankelow has opted to relegate preview images to mobile devices via Bluetooth instead of in the camera itself. Not only does this add the element of surprise, as in film photography, but it also serves to reduce battery usage. 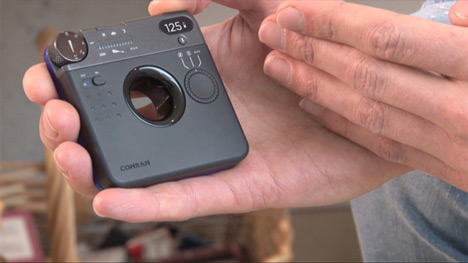 I also was interested to hear Mankelow's that reasoning for the pared-down design echoes NewDealDesign's approach to the Lytro Light Field Camera: "Current camera devices are steeped in antiquated gestalt, born of reflex cameras with the need to house mirrors and film. Despite evolving to digital, the industry kept the slab with the pointy lens—we recognized Lytro as a chance to evolve this entrenched paradigm." 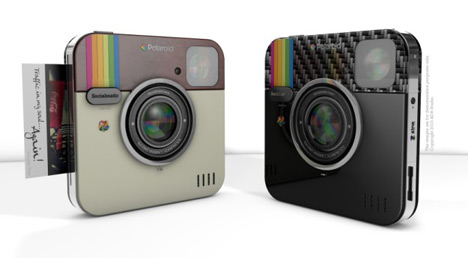 Still, I can't help but noticed that the form factor resembles that of the recently-announced Instagram camera—surely a case of convergent thinking as opposed to a knockoff. And to Mankelow's credit, his camera concept is essentially a reaction to technologically-enabled instant gratification, and the design is far superior to the rather more cartoonish Instagram one. 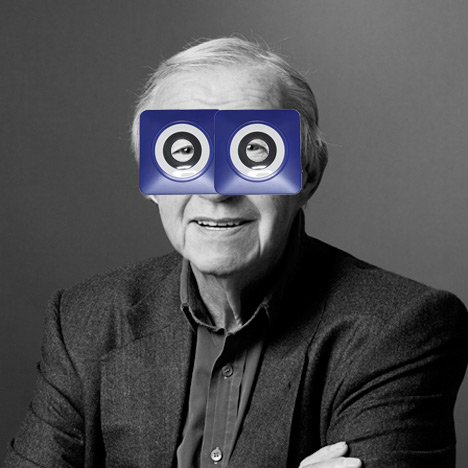 It ain't Google Glass, but that's sort of the point...