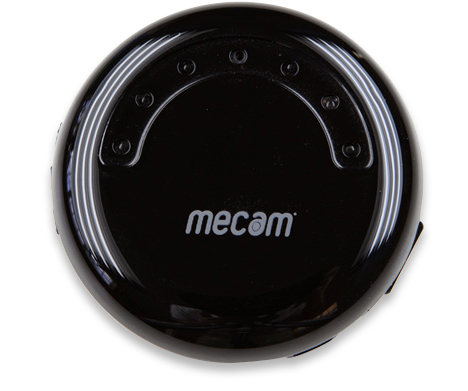 GoPro-captured footage is awesome, allowing us non-extreme-athletes to witness POV footage from amazing perspectives we'd likely never otherwise see. It allows the recording athlete to document a thrilling act that they've accomplished, and share it with others in a way that provides some semblance of what they might have been experiencing at that moment. However, now another wearable camera is coming onto the market, one that seems easier to wear and use than a GoPro. And frankly, it makes me a little uneasy. 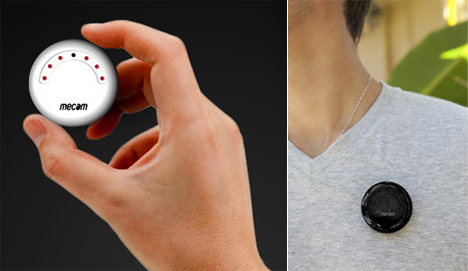 The MeCam is a small, simple, inexpensive ($50), friendly-looking HD camera that you can wear on your shirt like a button. While the intent behind it is benign—"to capture all of life's moments"—it is actually its ease of use that has me uneasy. Whereas a GoPro requires the preparation of rigging it up, and by virtue of its form factor announces its own presence, the MeCam is more subtle and lends itself to ubiquitous recording. If I'm around a dinner table with friends at a restaurant or tossing drinks back at a bar, I'll say and do things I'd never repeat in, say, an office setting; if we can imagine venues full of people wearing these things, I think we all might be a little more mindful of our behavior. (Then again, maybe that's not a bad thing.)

It is somewhat amusing that George Orwell supposed that Big Brother would be watching all of us, and that it may turn out that we ourselves are Big Brother. But my paranoia aside, the device itself is pretty cool: