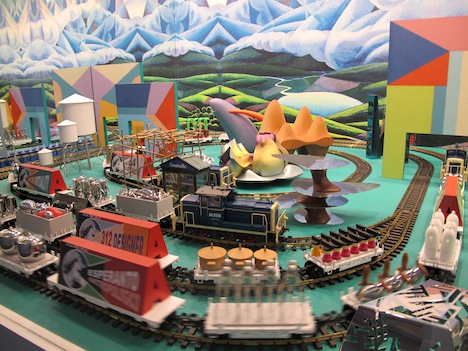 Alessandro Mendini reflects the playfulness of Alessi in a miniature town set on a backdrop of futurist painter Gerardo Dottori's work.

In this year's deep-dive into Italian design history, Milan's Triennale Design Museum staged The Syndrome of Influence a three-part exhibition asking contemporary designers to reflect and interpret the work of historic Italian designers and brands. Progressing from post-war Italian designers to the continued work of current Italian manufacturers, the exhibition's emphasis was more on exhibition design rather than the showcase of specific objects. 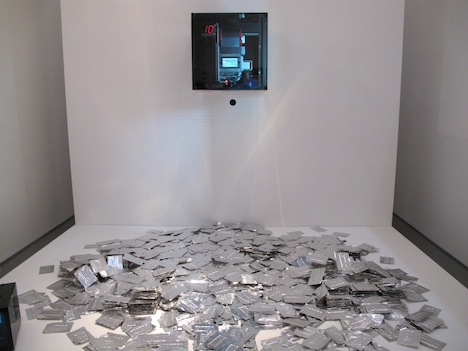 Beginning with the period immediately following the second World War, curator Silvana Annicchiarico tapped and impressive roster of young Italian designers to create homages to the giants of post-war Italian design. Of the ten installations, which also included work by Martino Gamper/Gio Ponti, Italo Rota/Joe Colombo and Studio Formafantasma/Robert Sambonet, my favorite was from Blumerandfriends. In their installation for the editor, designer and architect Marco Zanuso, they ask attendees to push a button, a trigger that starts a short video loop on a television—soon a countdown clock starts up and the strange industrial box mounted on the wall lights up. An explosion of compressed air accompanies the expulsion of a thin sheet of stamped aluminum with the word ZANUSO. As aluminum plates mound on the floor of the exhibition, the critique is clear: although Zanuso and his contemporaries were huge proponents of industrial production as a means for creating a better world, the limits of this perspective are now quite clear. 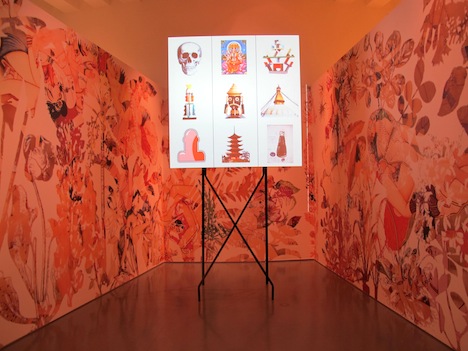 In Alessandro Scandurra's ode to Ettore Sottsass, Scandurra wallpapers a room with the boldness of Indian iconography. Focusing on Sottsass' transformational experience in India, Sottsass projects a flash of totemic inspiration between stills of Sottsass' work. 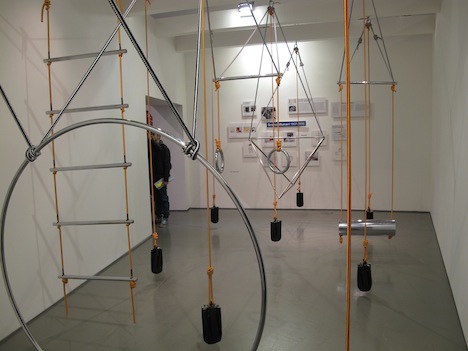 Matilde Cassni and Francesco Librizzi's tribute to Bruno Munari's Useless Machines was a crowd favorite—attendees would traverse the room, hanging on rods, and becoming part of the installation. 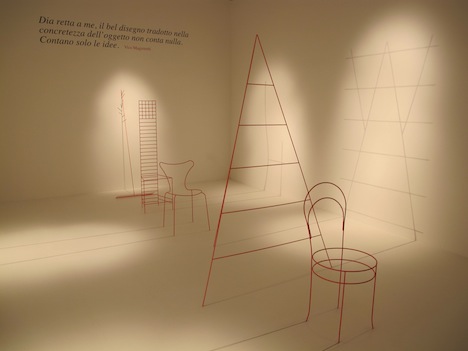 Paolo Ulian interprets the work of Vico Magistretti. The shadows on the wall assume the, "threadlike appearance" of Magistretti's work. 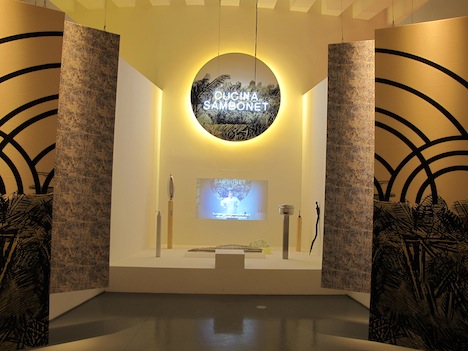 Following the second part of the show where a series of video interviews with designers like Enzo Mari and Mario Bellini reflect on a "crisis in Italian design" of the 70s and 80s, the final stage of the exhibition, highlights the relationship between Italian manufacturers and their international stable of designers. These "showcases" were more like overblown dioramas dedicated to 12 different brands. Patricia Urquiola for Moroso, Ferruccio Laviani for Kartell, Antonio Bellini for Cassina were amongst the showcases. 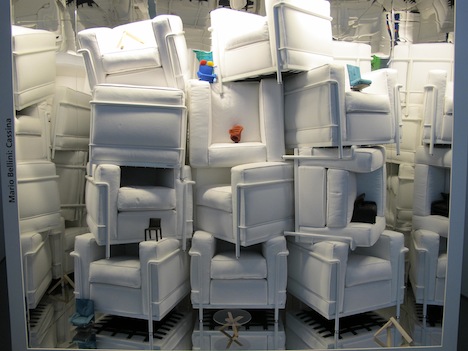 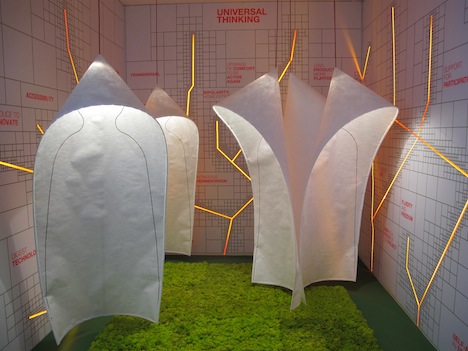 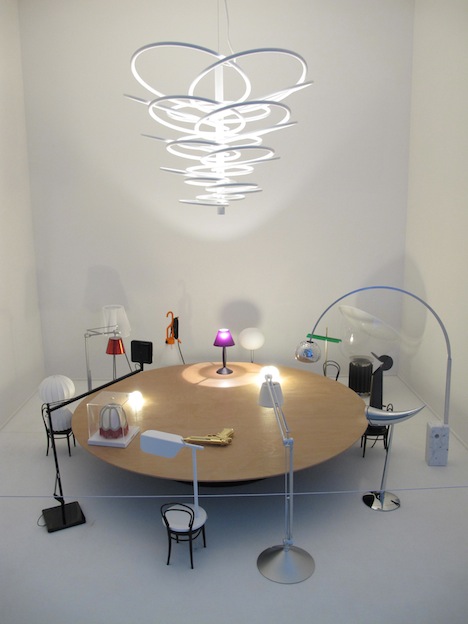 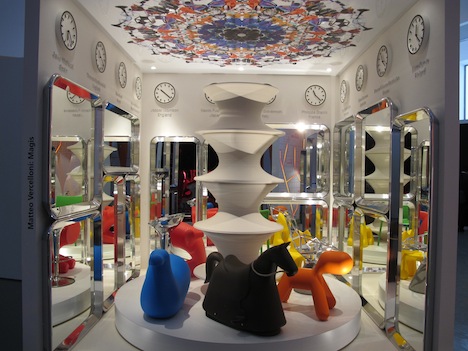