Herman Miller Presents the 'Everywhere in Your Day' Contest 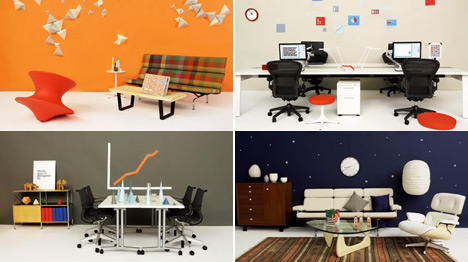 Our friends at Herman Miller have recently launched "Everywhere in Your Day," an online trivia / scavenger hunt contest for a chance to win an Eames Lounge & Ottoman or one of four other prizes. The contest launched last week with the first pair of bi-weekly clues; six more will be posted over the course of the next three weeks.

Check out the stop-motion video for the contest, which holds the answer to today's bit of George Nelson trivia, as well as the first clue (you'll have to view it in their embedded player to submit your answer):

And even if you haven't heard of Irving Harper, the unsung MCM designer whose work we explored at some length in an article on George Nelson Associates, the second clue should be easy enough.

Herman Miller Presents the 'Everywhere in Your Day' Contest