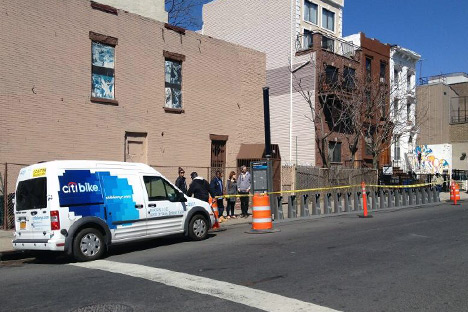 After all of the drama with the delayed launch last year, I could hardly believe it when I spotted a Citibike crew installing a bicycle share station around the corner from my house last weekend, and it seems that fellow transit enthusiasts also noticed the shiny new fixtures. Brooklyn Spoke posted their initial thoughts on the signage (with plenty of photos), while Streetsblog notes that "at the rate of eight station installations a day, it would take a little more than five weeks to put in the 293 stations that will form the first phase of the bike-share network." 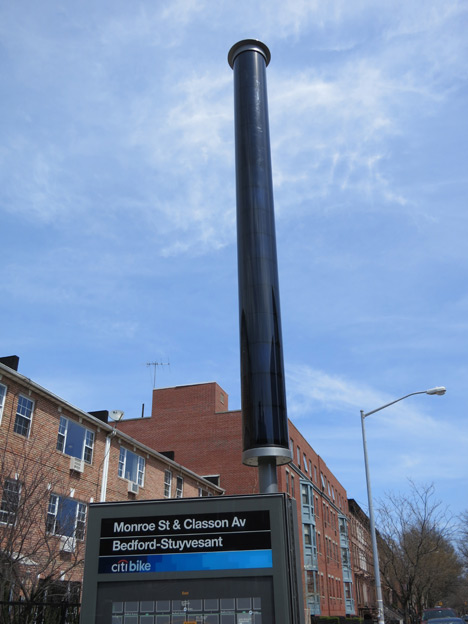 I'm also interested to see that this area is considered Bed-Stuy; image via Brooklyn Spoke

Over this past weekend, I've been seeing the telltale solar arrays throughout Fort Greene / Clinton Hill, each a beacon for a row of pylons, roughly the length of a bus stop, that will soon be home to squadrons of public bicycles. In fact, on my morning commute today, another crew was installing a station near on ramp of the Manhattan Bridge, at the corner of Sands St and Gold St—a major cycling thoroughfare where I happen upon cars and trucks idling in the bike lane at least once a week. 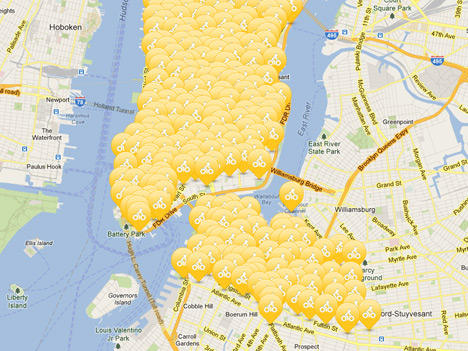 The station map, for better or for worse, looks like a yellow cloud over the entirety of Manhattan below 60th St and a veritable pizza slice of Brooklyn.

Traffic patterns aside, I'm curious as to how they arrived at the pricing structure—specifically, I'm concerned about the lack of a single ride option. The pricing starts at $9.95 for a 24-hour pass with unlimited 30-minute rides, adding incentive for residents to spring for the far more economical $95 annual pass, but the cost-benefit analysis for a single trip inevitably favors alternatives: subway, bus or foot, which come in at a fraction of the price even for a round-trip journey. I suppose the logic is that the annual pass will pay for itself even for moderate and/or seasonal users (i.e. $95 = ten days, or four weeks at $25/per), but only time will tell. 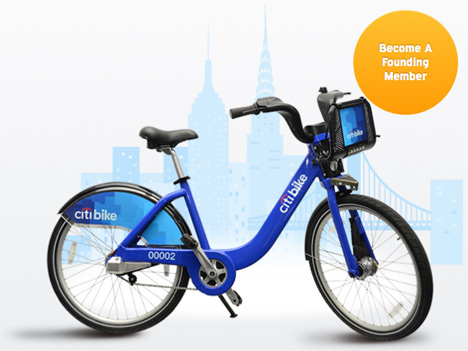 We'll find out soon enough: As of this morning, Citi Bike is open for registration, with additional perks for "Founding Members." Sign up here—by some estimates, new members are signing up at a rate of three per minute.

UPDATE: No word on launch date, but it's slated for May.