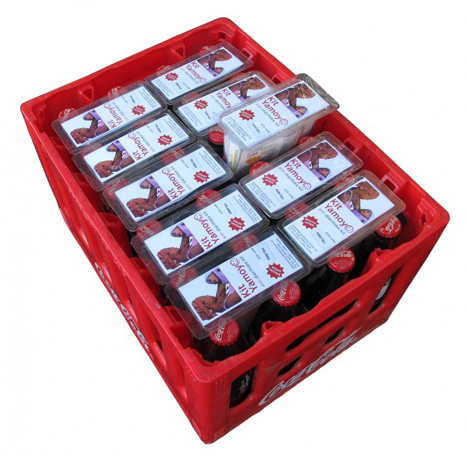 Here's a brilliant example of how a couple is using design, and cleverly exploting an existing system, to do some good in the world. British social entrepreneur Simon Berry is the founder and CEO of ColaLife, a nonprofit dedicated to fighting diarrhea. Don't laugh; diarrhea kills people in developing nations and is the second-largest cause of child mortality worldwide. The problem can be addressed with rehydration solutions—a combination of water, salt and sugar [Ed. Note: see our recent case study on Hydropack]—that are simple for us to create in the developed world, but the problem is getting these kits to the people who need them.

Realizing this, Berry and his wife Jane came up with the Kit Yamoyo. These are rehydration kits designed to fit neatly between the bottles, in the negative space, of a crate of Coca-Cola. Because Coke is already delivered everywhere in the world (except Cuba and North Korea) to a global network of eager distributors, the Kit Yamoyo enjoys the hard-won distribution might of one of the world's largest multinational corporations. 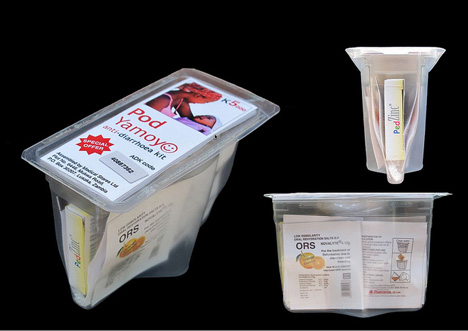 Here's the interesting part: While the clever package design of the Kit Yamoyo was enough to get Coca-Cola's attention (following a Facebook campaign) and get them to back a pilot program in Zambia, none of the Kits are actually being transported in the way they were designed. "Not a single retailer has put a kit in a crate," Berry told Wired, above a photo of a retailer receiving the product in ordinary cardboard boxes.

However, that may not matter. Coke is still helping to distribute the product, getting it where it needs to go with their already-in-place network. And it was the package design that got ColaLife on their radar. That's why London's Design Museum named ColaLife the winner of their Design of the Year 2013 Award in the Products category.