An Oldie But a Goodie: Rolf Sachs' 3 Equal Parts Chair 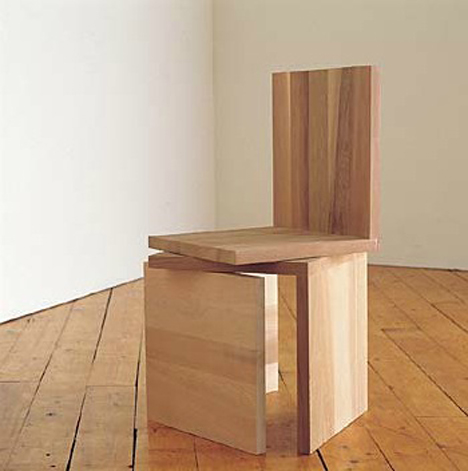 Way back in 1995, Core77 was just a baby, and designer Rolf Sachs blew the sawdust off of a new chair he'd designed. Two notes:

1. Had we had the blog up and running back then we'd have covered it, but it took two years before anyone even knew what a "blog" was.

2. As you can probably tell, these first three photos are indicative of 1995 image quality.

Sach's brilliant 3 Equal Parts chair, "an academic exercise in deconstructivism," consisted of three L-shaped pieces made from heavy, 28mm thick Doug Fir. All three pieces were identical, and the user could configure the chair in a couple of different ways.

Years later Sachs revisited the chair for an exhibition in 2008, adding a sexy little angle to the L and switching materials to Swiss stone pine. (Unsurprising, as the longtime Switzerland-loving Sachs had converted a Swiss Olympic bobsled facility into his holiday home and was presumably surrounded by the stuff.) 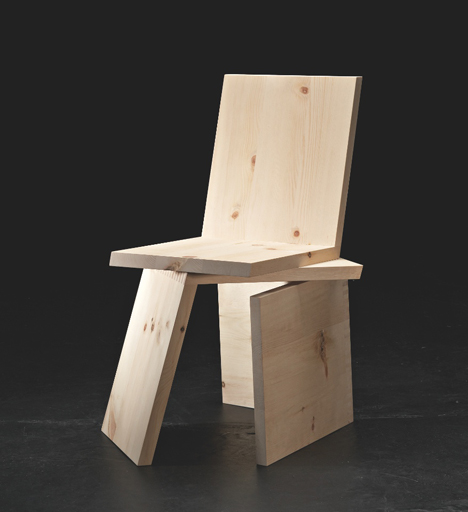 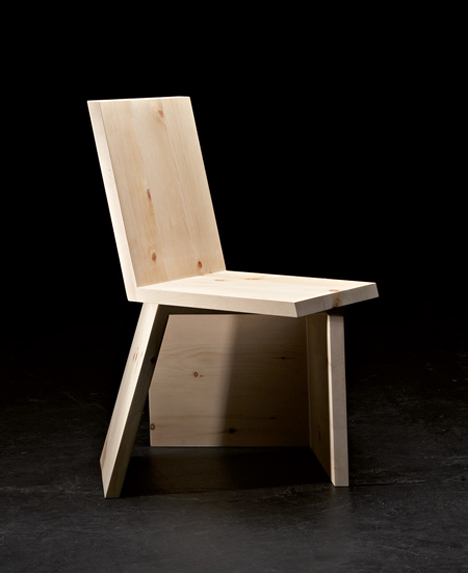 What we'd really like to see is the chair getting wide release. How cool would this be with a space-saving emphasis, as the identical pieces must all nest perfectly? Not to mention if you had four of these chairs, you could stow the 12 pieces in a neat parallelogram-shaped box when not in use.

An Oldie But a Goodie: Rolf Sachs' 3 Equal Parts Chair