Cyclepedia App Offers Something for Everyone Who's Ridden a Bike 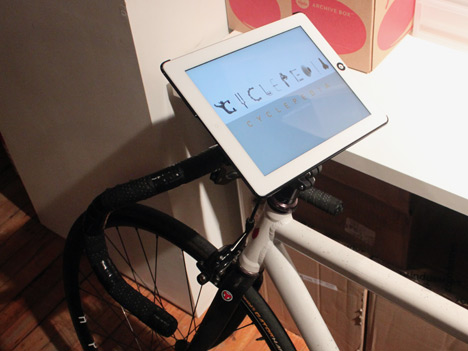 Cyclepedia on-the-go! (NB: Mounting an iPad with a Turtle Claw is not advised.)

We covered Michael Embacher's Cyclepedia back in 2011, when it made its debut in print, and the Viennese architect/designer's enviable bicycle collection was exhibited behind glass, so to speak, shortly thereafter. Although the iPad app—developed by Heuristic Media for publisher Thames & Hudson—originally came out in December 2011, they've since launched a new version on the occasion of the 2012 Tour de France, with substantially more content beyond the 26 new bikes that bring the total to 126.

The bikes themselves are indexed by Year, Type, Make and Name, Country of Origin, Materials and (perhaps most interestingly) Weight, for which the thumbnails neatly arrange themselves around the circular dial of a scale. Different users will find the different options more useful than others, though the small size of the thumbnails makes it difficult to differentiate between about 75% of the bikes, which are distinguished by more fine-grained details. (The lack of search feature is also a missed opportunity, IMHO.) 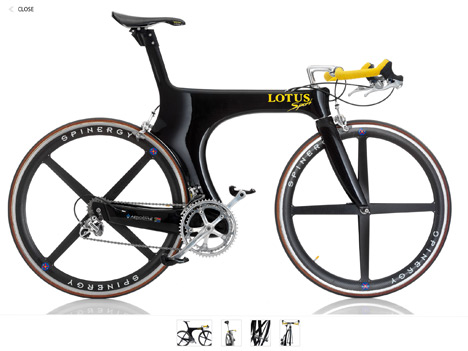 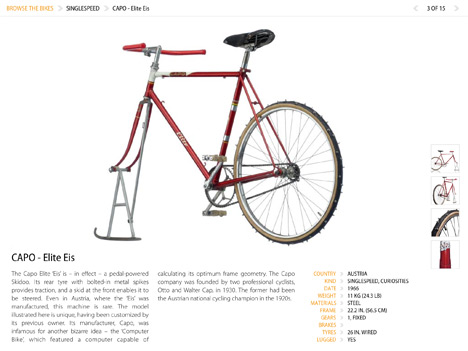 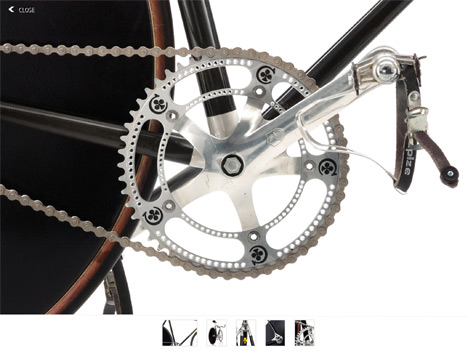 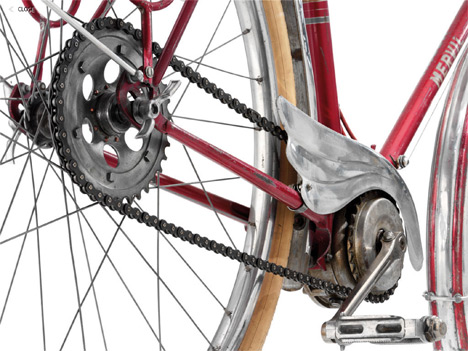 The interactive elements are thoughtfully designed and fluidly executed throughout, though I found a couple minor lacunae in the otherwise seamless browsing experience, notably the lack of swipe (or tap the edge of the screen) for previous/next in the image galleries, where the thumbnails are the only way to navigate. The interactive folding bikes are clever—swipe for quasi-animated step-by-step folding—but I'd rather have app-wide navigability versus novelty functionality. 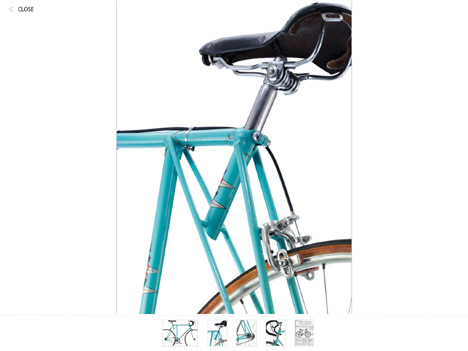 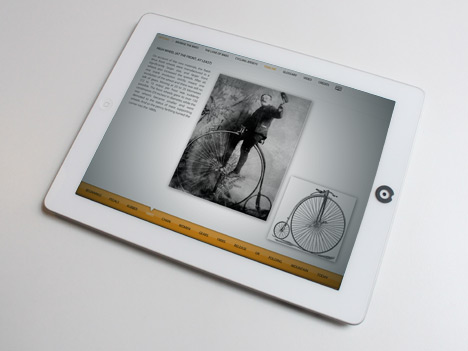 Of course, the photo galleries are just one of many features of the app, which offers a digital trove of cycling-related lore, ephemera and other historical documents in various multimedia formats. including a series of video clips of Paul Smith and images of his jersey collection, a treat for any cycling enthusiast who also happens to be fashion/graphic designer by trade. The glossary of components, on the other hand, offers a non-technical guide to componentry and makes a case for the tablet as a handy reference guide for nearly any conceivable topic. 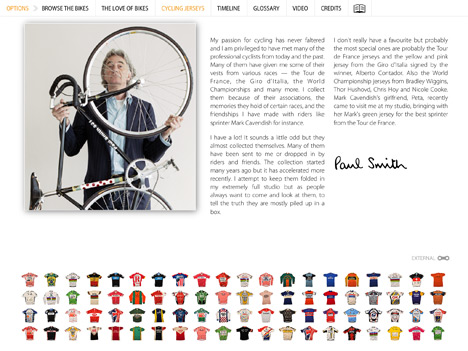 Meanwhile, most of the clips in the video archive can be enjoyed by anyone who can ride a bike—which is to say, just about everyone. And while I do wish the images in the otherwise brilliant timeline linked to the entries for the bikes themselves, several other sections of the app feature external links to bicycle company websites as well as Wikipedia articles (in the case of the professional cyclists' jerseys). 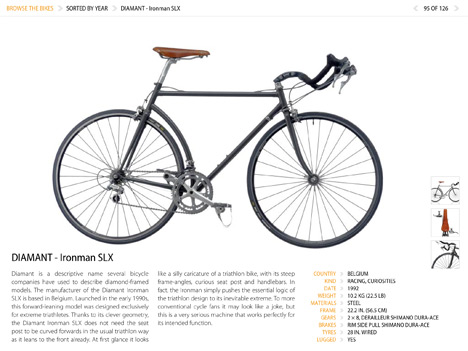 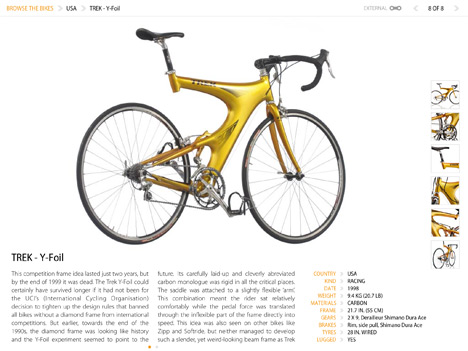 All told, it's well worth $10: Between the tantalizingly immersive panoramas (of Embacher's collection and Paul Smith's studio) and the wealth of information in the app—to say nothing of the amazing images in themselves—it's a fine example of a digital publication that just happens to be about a popular topic. Get it here.

Cyclepedia App Offers Something for Everyone Who's Ridden a Bike