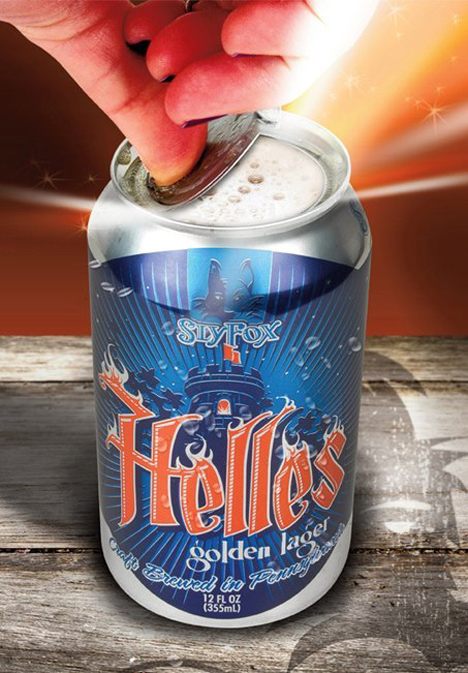 While Budweiser's new bowtie-shaped beer can is a couple of weeks away from launch, a series of smaller breweries have already launched another new type of can: One with a "360 Lid" that peels completely away, allowing tipplers to drink brew through a circular, drinking-glass-like aperture. 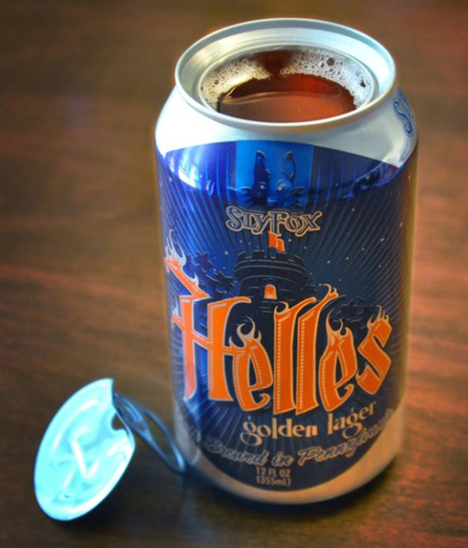 Here at the Core77 offices we rarely drink beer out of cans. (That's not snobbery; unlike bottles, cans cannot be broken against desks and wielded as weapons during editorial squabbles that devolve into melees.) But the few times we have, we've never had a problem getting beer to pour from the tab-sized opening into our gulping mouths. So why the new can? Pennsylvania-based licenser Sly Fox Brewing Company insists a circular opening "allows the full flavor and aroma of the beer to hit the drinker's senses." And yes, the drinking rim is rounded over, so you don't cut your lips with each swig.A single-serve beverage in a cylindrical container with an open top is nothing new to the Japanese; when I lived there in the '90s, you could buy Ozeki Sake One Cup from a vending machine.

It was essentially a glass jar with a resealable lid. Pop the top, and you're sipping booze out of a glass like a true gentleman. 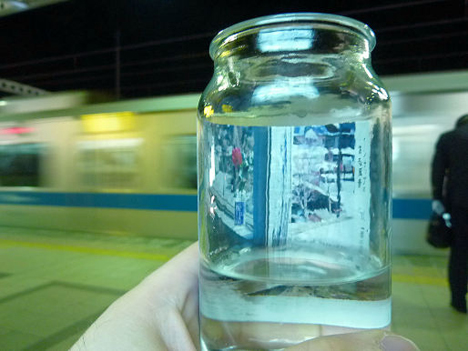 So will the 360 Lid catch on in the 'States? Up next, we'll take a look at one prominent brewer that teamed up with none other than IDEO to find out.