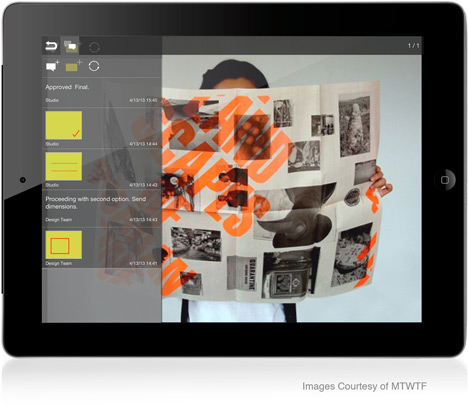 It's been just over seven months to the day since the Morpholio Project debuted their Trace app to much acclaim. By January of this year, they had added several new tools for designers beyond the original audience of architects, and now, just a few months later, they're pleased to announce a suite of new tools that constitute a major release. "The App Store's number one portfolio app re-imagines the portfolio as a design utility, moving it into the fast, flexible, at-your-fingertips device era. The project seeks to advance the ways that creatives access, share, discuss, and get feedback on their work from a global community of users." 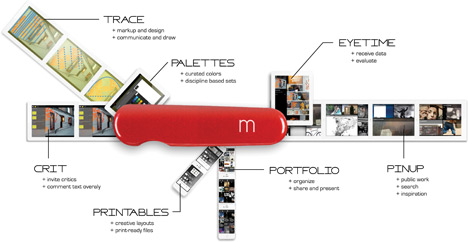 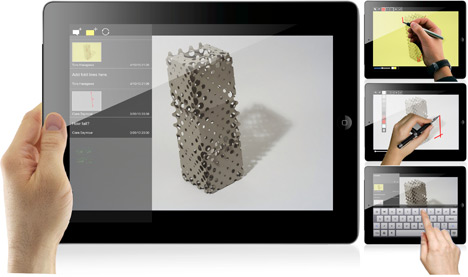 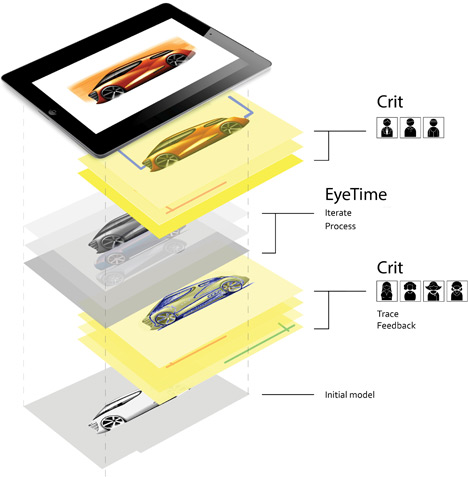 By combining production and presentation software with web-enabled tools for sharing and critique, the app offers a fully-integrated platform for production and collaboration. To hear Morpholio's Anna Kenoff tell it, "Aside from making design production easier, we wanted to know if better tools could make it smarter by integrating the wisdom of crowds and capitalizing on the power of the touchscreen to capture feedback."To achieve this, Morpholio had to become very sophisticated about all the ways that designers communicate—not just through language, but most importantly through their eyes and hands. Over the past year, the team of architects and programmers has collaborated with experts from various disciplines to build a robust design-centric workspace that could be used by anyone—from fashion designers to photographers, architects and automotive designers, even tattoo artists. It builds on research into human-computer-interaction to deliver innovations like a tool for image analytics called "EyeTime" and virtual "Crits" where collaborators can share images, and comment on each other's work via notes or sketches. Human behavior data-mining is essential to offering these forms of powerful feedback, letting you know how your followers are interacting with your work. 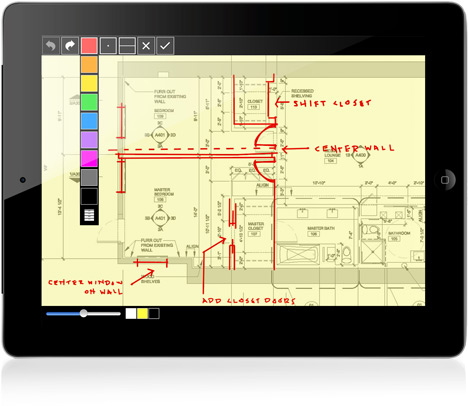 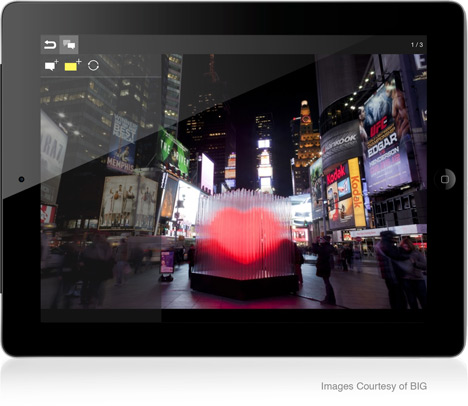 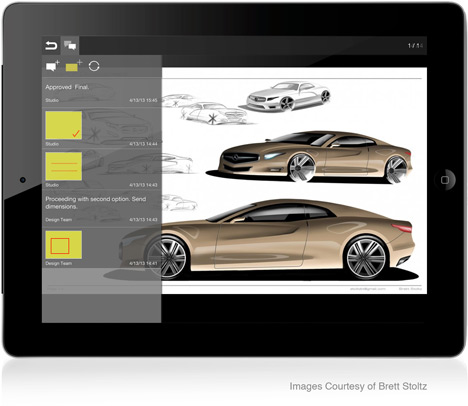 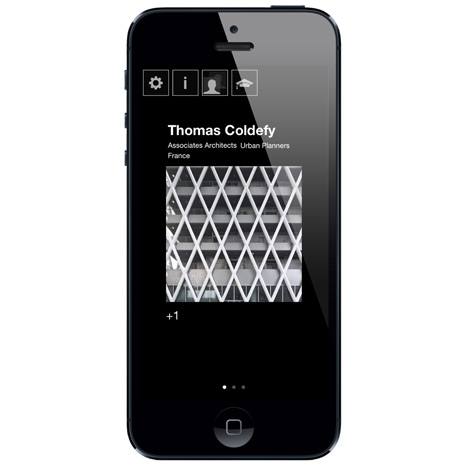 We first saw some of the seven new tools earlier this year, but Morpholio 2.0 takes Trace, EyeTime, Crit, and Pinup to the next level, alongside Palettes, Printables and the user's book itself. 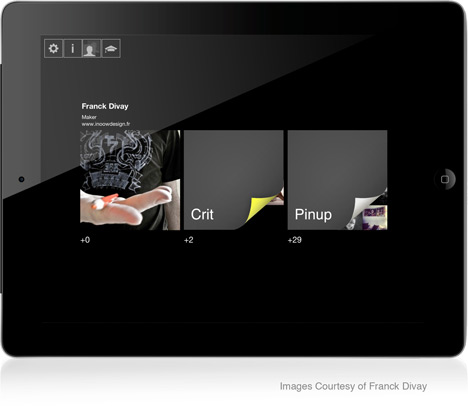 Portfolio Futures: Your Morpholio - The software begins by transforming the user's portfolio into a constantly versioning and customizable book of images. Capable of communicating with multiple devices, it organizes image collections in a comprehensible and accessible format that makes sharing and presenting work seamless and infinitely flexible. 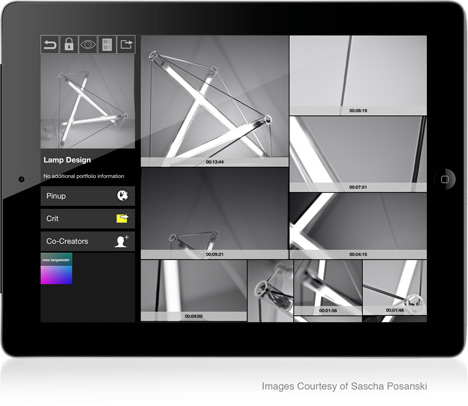 EyeTime - EyeTime analyzes every image you put in Morpholio from the moment you begin. It captures and records the amount and type of viewing time an image receives. Our eyes don't simply gather data, but react and are provoked by what they see. Human Behavior Mapping captures that feedback to let you know not just how many hits an image is getting, but how your followers are interacting with your work. 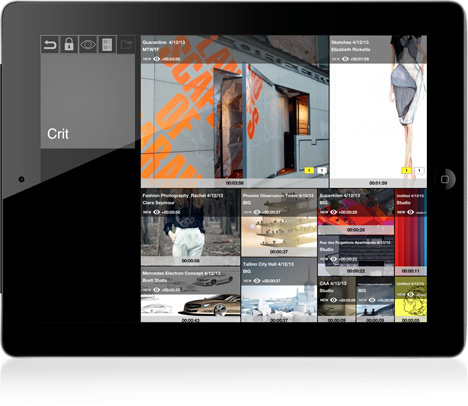 Crit - Morpholio "Crit" is a virtual space that allows you and as many colleagues as you want to gather around images and give various forms of feedback including comments and sketches. Set up a critique for your studio, consultants, office, friends or project team. 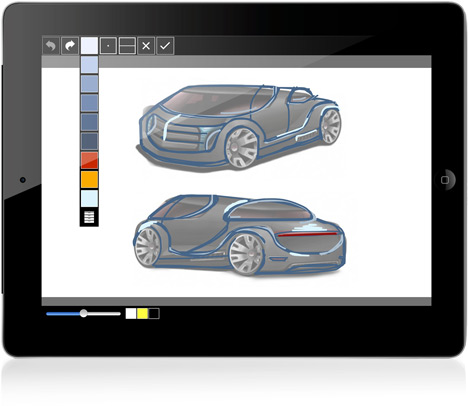 Trace - Trace, a digital version of tracing paper, allows users to instantly draw on top of imported images, layering comments or ideas to generate immediate, intelligent sketches that are shared as a conversation. 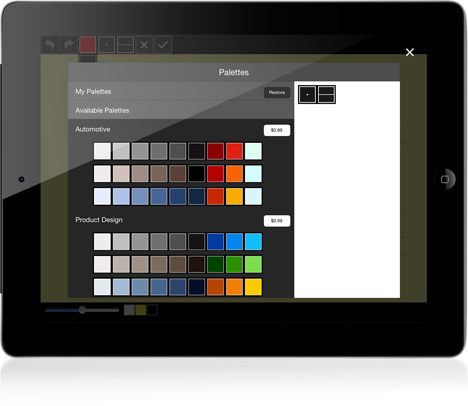 Palettes - Morpholio has collaborated with world-renowned graphic designers and representatives from several industries to create beautiful and highly intelligent color palettes for sketching in the Trace feature. Seventeen palettes including categories such as interior design, automotive design, fashion, architecture, and body art bring range, depth and intelligence to sketches, diagrams and mark-ups. 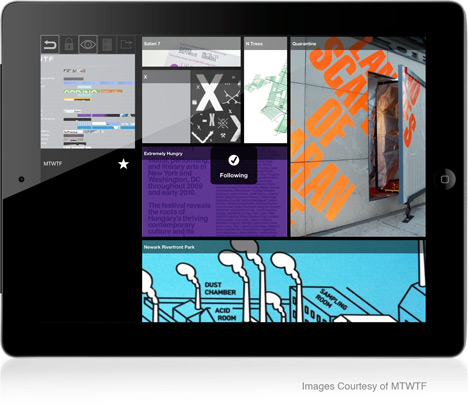 Pinup - Pinup is a virtual gallery, curated by both the public and our curatorial team. Pinup your work for feedback and allow others to follow you. 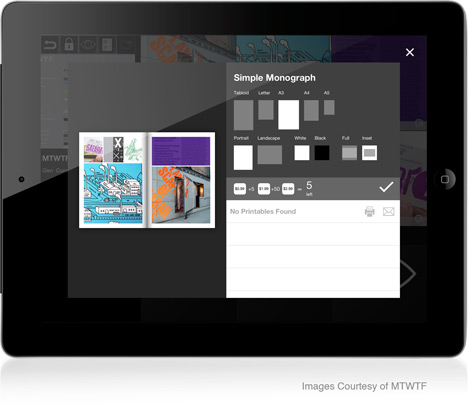 Printables - Printables elevates the Morpholio platform by offering the opportunity to export print ready files. A variety of layout and formatting options allow you to drive the design or receive direction that is based on the feedback your work is getting. Create a project portfolio, notebook, lookbook, album, or any layout in seconds. 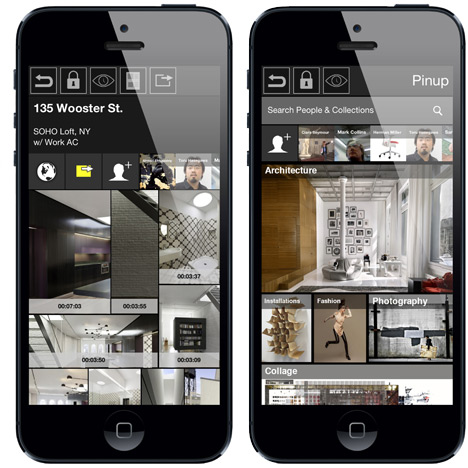 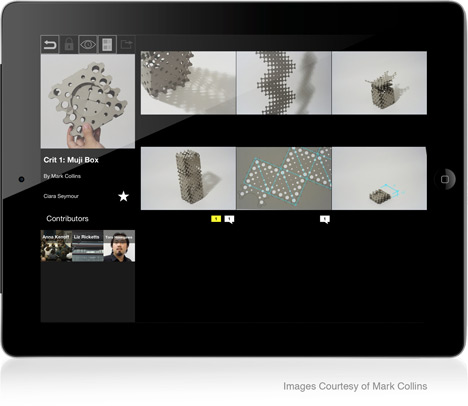 Check out MyMorpholio.com for more information, or get the app now at the App Store.