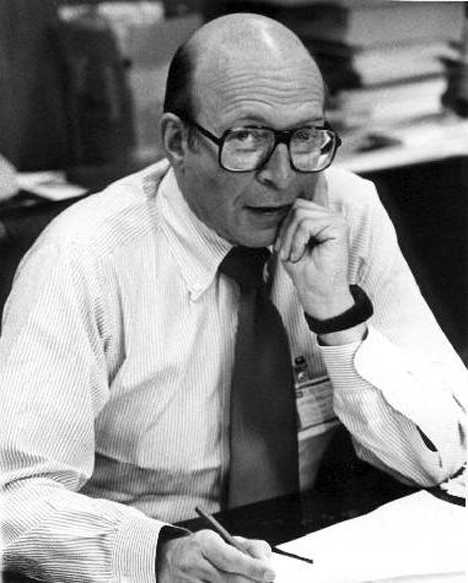 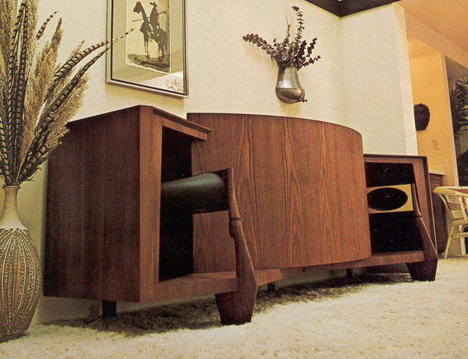 Last week Arnold Wolf, the former head of audio company JBL, passed away. Wolf was one of the few industrial design pioneers that not only formed his own studio back in the '50s, but who would also, unusually, be later asked to take over a client's company as CEO.

Wolf's career path was atypical from the start. "There is inherent irony in my having been elected to [the Academy of Fellows]," he told the IDSA upon winning that honor in 1983, "or, indeed, to my being a member of IDSA in the first place. The reason is that I have never studied industrial design formally, and so can be regarded as a largely undetected impostor."

After graduating from the Bronx High School of Science in the early 1940s, Wolf worked as a radio actor specializing in European dialects. (He presumably had a good ear, which wouldn't hurt for his later work with JBL.) By the mid-'40s Wolf was putting his natural drawing skills to use doing "commercial art" for a Hollywood studio, and later got into advertising and theater art. By the mid-1950s he formed his own studio in the relatively young field of industrial design.

Wolf was called on to design the nine-foot beast, which was centered around a large, curved piece of wood that the mid-range drivers fired towards; the resultant audio reflection "[created] a wide, spacious stereo image." 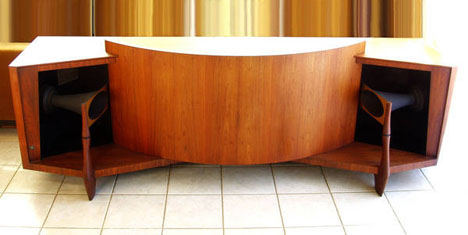 The Paragon, as it was called, was a success. It had an almost absurdly long production life, remaining part of JBL's offerings until 1983, and today remains a sought-after collectible among audiophiles who can restore them. 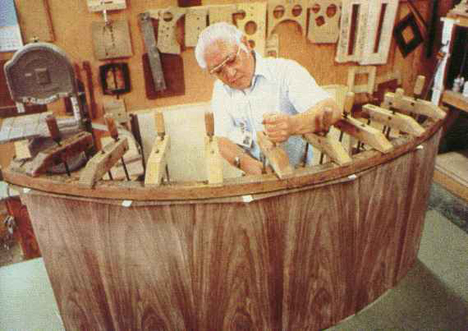 Wolf continued working with JBL, even designing their logo, and in 1969 was asked to be the CEO. He accepted, handing his ID practice over to a colleague. In 1970, CEO-designer Wolf made his mark on the audio field once again, by adapting JBL's pro-grade studio monitors into a consumer version known as the L100. The design challenge there was largely visual: "The problem with bookshelf designs is that, in most home settings, the only effective visual element is the front grille," Wolf told Audio Heritage years later. "A panel of stretched cloth, however attractive by itself, does not communicate anything distinctive between one loudspeaker or another."

What [Wolf] wanted to find was some way to impart dimensionality to the plane surface of the [L100] grille. This would not only add visual interest and a unique identity, but it would suggest, on some level, the three-dimensional solidity of the stereo sound image.

Wolf had seen the use of foam plastic as coverings for microphones—either as breath filters in the studio or as wind shields in outdoor applications. He reasoned that, if the plastic was sufficiently open to sound transmission at the very low sound pressure levels encountered in microphone use, it surely would be transparent enough for a loudspeaker grille. Investigation proved this to be the case. Reticulated or open-pore foam tested out as better than most conventional grille fabrics. Wolf has stated that, while he cannot be absolutely sure of this, it appears that the L100 was the first use of shaped foam as a loudspeaker grille material.

Methods for contouring and shaping foam were fairly sophisticated, even at that time, and a striking deep waffle-like pattern was quickly devised that lent itself to the available production methods. 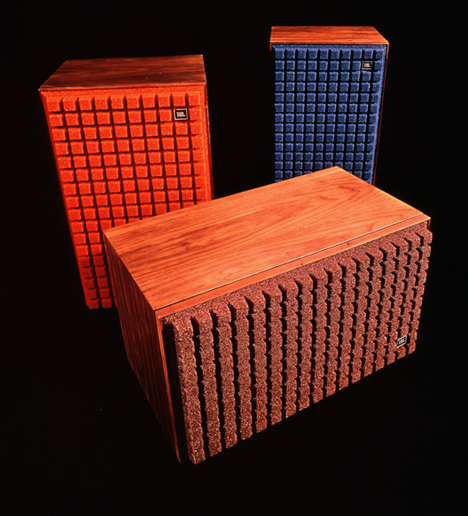 The L100 went on to become the bestselling speaker of the decade. Amazingly, the studio version of this speaker is still manufactured today in Japan, though absent Wolf's 3D foam grill.

Speaking of Japan, which is home to many an audiophile, here's a video of a beautifully-restored Paragon speaker by Japan's Kenrick Sound that gives you a good sense of what it looked like in 3D:

Wolf was 85 years of age and passed away at his home in Pacific Grove, California.