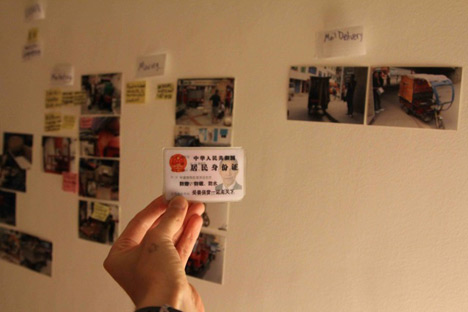 Before beginning my Fulbright research in China, I had previously spent three years living and working in Yangon, Myanmar (formerly known as Burma). My time in Myanmar was formative: my firsthand observation of the extent that the country's residents relied upon tuolaji, their flexible and powerful tractor-like vehicles, to perform many tasks provided inspiration for my present research.

However, not all of the inspiration for what drives my research today came from the Myanmar's vehicles. During my time in such a resource-constrained context, I recognized the mixture of challenges and benefits that comes with relying upon many things to be handmade instead of mass-produced. While the Western world shifts toward coveting handmade objects as a sign of status and taste for craftsmanship, denizens of resource-constrained environments have no choice in the matter, and could benefit greatly from some of the very mass-produced goods that today's design-minded individuals tend to eschew. Although I knew this fact in the abstract, confronting this apparent contradiction up close made it obvious how much more costly it is to dwell in both a resource- and choice-constrained environment, where hand-crafted items are the norm rather than the exception.

Consider the things you carry with you each day. In Jan Chipchase's latest book, Hidden in Plain Sight, he identifies the most commonly carried objects around the world: keys, money and mobile phone. Besides these things, however, there is something else we always carry with us, whether consciously or unconsciously, and that is our identity. Most all of us are familiar with situations in which we must prove who we are, whether to obtain government services or benefits, gain access to a controlled area, verify identity in the case of legal sanction, and so on. While different contexts each have their own processes and differing degrees of formality for proving identity, the need remains nearly universal, and until technological solutions such as facial recognition are sufficiently widespread and accurate, identity will continue to take the form of a physical artifact—namely, a personal identification card.

The differences between identity cards—physical material, size, storage behavior, personal data, authentication mechanism, etc.—and the range of situations for which they must be shown comprises a common set of attributes to investigate across different contexts. Although an in-depth comparison of China and Myanmar's respective identity cards (and surrounding behaviors) is beyond the scope of this article, residents of both countries share the perceived need to protect their cards, whether for fear of damaging the ability to read the embedded chip in the plastic card (China), or to protect one's relatively flimsier paper identity card (Myanmar).

In Myanmar, individuals address the need of "How do I protect my important cards from being damaged?" with a custom solution. Plastic covers are individually crafted to each customer's document sizes, made directly in front of the customer by a single individual's hand, one at a time, using an elegantly simple, candle-powered tool. This solution is notable for both the amount of effort expended by the craftsman—which may seem excessive by an outsider's standards—to achieve the result of successfully protecting a single card. In 2012, this vendor was charging 100 kyat (US $0.13) to protect a single card. Technically, the craftsman need not create a bespoke, sealed cover for each document as part of his job, as there are only so many distinct sizes of identity card in the Myanmar context that require protection. However, he has no choice, given the materials that are available to him. 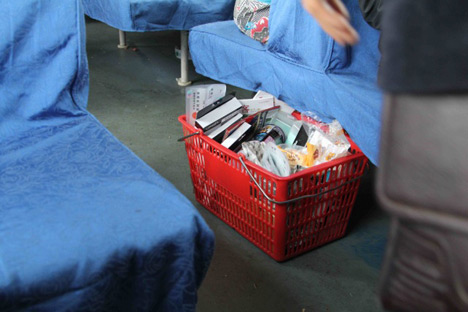 The Chinese, on the other hand, employ a standardized approach to the same problem, using pre-made plastic sleeves. Although the point of sale remains the same as in Myanmar—both were sold on trains—vendors in China carry a basket filled with sheets of plastic sleeves in two designs of an identical size. One sleeve is designed for a Chinese state identity card, while the other is for a bank card (the sleeves are differentiated only by markings printed on the front of the sleeve). They are sold as a pair for one kuai (US $0.15), about half the cost of paying to protect a single card in Myanmar (the price difference of train tickets between the two countries notwithstanding).

The Chinese solution makes a reasonable prediction about the nature of cards (as well as the owner of those cards) that a Chinese train passenger would need to protect: a proxy for money and proof of identity. Both are paramount in any context, and by employing more modern (i.e. standardized) manufacturing techniques, the Chinese solution enables the seller to reach more individuals in the same amount of time than the craftsman working Myanmar's Mandalay-to-Yangon line. For the record, there were no such things as bank or credit cards in Myanmar in 2012.

The question, then, is how the latter might eventually come to adopt the more streamlined process of the former.

Zach Hyman is a Fulbright Scholar based in Chongqing, China. He is currently researching resource-constrained creativity, particularly with regard to mobility. Have a glimpse into his research across China and Myanmar at squareinchanthro.com