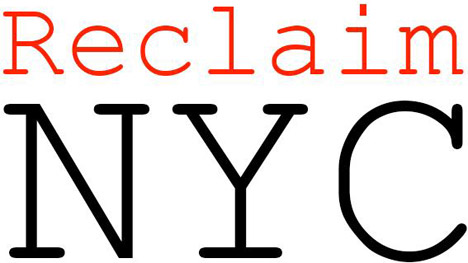 [Ed. Note: This post has been updated to reflect new dates: the exhibition will be on view from Thursday, May 16 – Saturday, May 18; hours and location posted below.]

Following a very successful showing on very short notice last year, Jen Krichels and Jean Lin of DesignerPages are pleased to present the second edition of Reclaim, an organization that debuted last December with a charity auction for Hurricane Sandy recovery efforts. Along with designer Brad Ascalon, the two design editors enlisted old and new friends in the New York City design community to participate in the exhibition and silent auction. 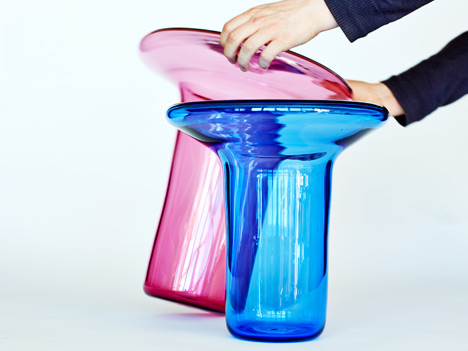 This time around, the theme is "design that's more than the sum of its parts," and we're excited to see that many of our favorite designers and studios are teaming up to bring new work to the table (so to speak). Our friends at Token and UHURU are among the 50+ participants in Reclaim x2, and as longtime occupants of Red Hook—a neighborhood that was submerged under 3–4 feet of water during the storm—they had firsthand experience of the wrath that Sandy wrought. "We were very excited for the opportunity to get together and put collective energy behind this collaborative project," says Emrys Berkower of Token. "And being that it is in support of such a great cause makes it even more meaningful." UHURU's Horvath shares the sentiment:It's too bad that it took a hurricane that trashed both our spaces, but I'm glad we are finally able to make it happen and that we can represent Red Hook at the show. It has been great working together so far, both in the initial brainstorming sessions and during our afternoon in the hot shop blowing glass into crazy forms and setting them on fire. 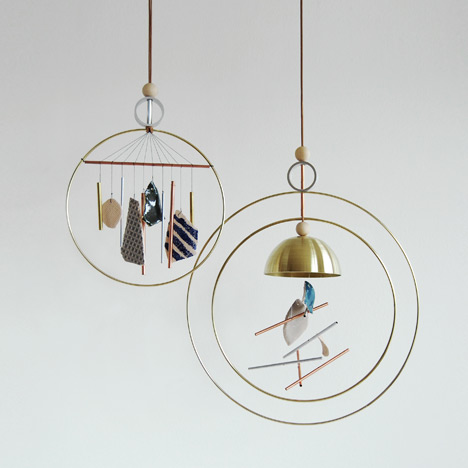 Once again, we had a chance to catch up with Jen and Jean on the occasion of Reclaim x2, which will take place in the middle of the first annual NYCxDesign festival (see the first Q&A here). Some two dozen pieces by twice as many designers—per the collaborative theme of the show—will be on view from Wednesday, May 15, through Friday, May 17, at 446 Broadway, 3rd Floor, with a reception on the night of Thursday, May 16. 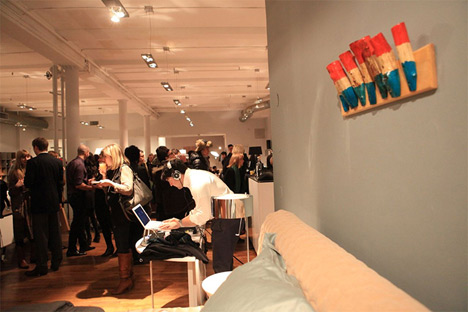 Core77: How did the inaugural Reclaim event go? Lessons learned? Any good stories to tell?

Jean Lin: We had so much fun organizing and executing the first exhibit. I think a lot of its success can be credited to pure adrenaline after Hurricane Sandy. We all wanted to help so desperately that all of us—both Jen and I, and the initial group of designers—sort of fed off of each other's energy and enthusiasm for the cause. I still marvel at the fact that we were able to pull it all together in little more than a month.

Jen Krichels: Because the first event came together so quickly, we didn't have much time to think about whether Reclaim NYC would have a future after the first show. But the night of the event and in the days after we were asked so many times when the next show would be (both by designers who wanted to participate and by people who wanted to attend or support the cause) that we started planning a Design Week show right away.

With the luxury of more time, we are launching an online presale before Design Week, which will be followed by the exhibit and sale on May 15–17. We also have a range of price points to allow people to make a range of donations to Brooklyn Recovery Fund. The presale, which will be hosted on at60inches.com and shop.lin-morris.com, will give collectors more time to consider some of the heirloom-quality pieces that are part of the show.

JL: Honestly, my biggest regret was not buying anything at the first show. I was so busy during the auction that the items I had my eye on were snatched up from under me. Jen bid on and won a gorgeous UM Project lamp for an amazingly reasonable price. I kick myself every time I see it in her apartment. Hopefully the presale will prevent this from happening again. 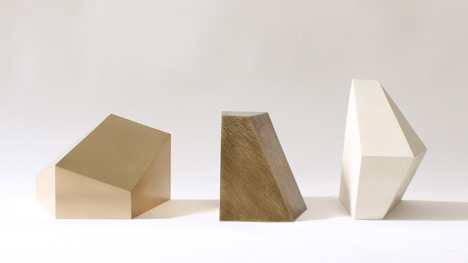 Egg Collective × Hangar
Even the fabrication of the objects has been a collaboration—Hangar brazed the initial bronze masters, from which we created molds and plaster castings. Both the collection of masters and the cast objects will be displayed together as a landscape at Reclaim x2. 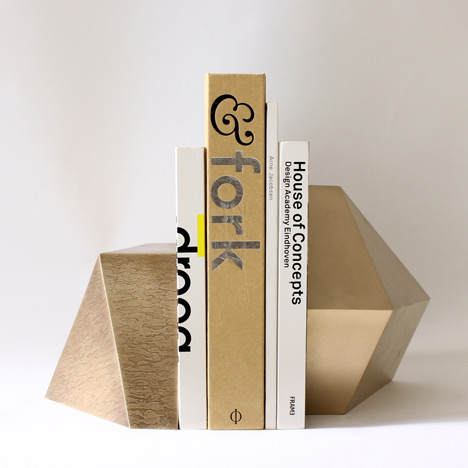 Could you elaborate on the theme this time around, "design that's more than the sum of its parts?"

JK: The theme grew out of the idea that people were working together to help New York after Sandy, and that designers working together could also accomplish more than they might be able to on their own—whether they're collaborating on a piece of furniture or they're working on larger goals, like how to help the city recover and face other challenges through design.

JL: We wanted designers to gain inspiration and energy from each other as well as to stretch a bit outside of their comfort zone. We have a hunch that the work will be uniquely compelling because of this process of collaboration.

I see that some of the participants come from outside the world of furniture design this time around. How did they get involved?

JK: We had a huge number of people reach out after the first event, many of whom submitted entries for this show. So many people saw a way to apply their practice to this cause that it will always be a goal to seek new ways to involve more people and mediums. I would love to have a multimedia component at some point.

JL: With this design brief, we asked designers to choose their own collaborators and encouraged them to step away from their own disciplines. A big part of this show was giving designers the creative freedom to explore these choices on their own. We were hoping that they would team up with a wide range of creative minds within and outside of furniture design, and we're very happy to see that they did so. 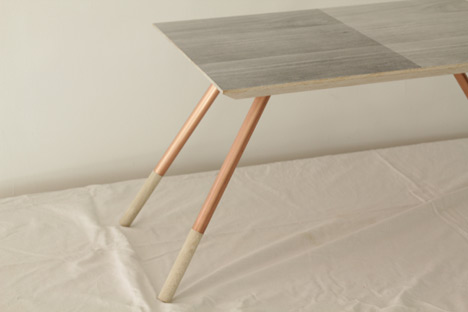 Conversely, a lot of designers from the first show have returned—how did you go about curating/selecting the participants?

JL: The majority of the participants of Reclaim x2 are designers whose bodies of work we greatly admire and who have established unique and strong design voices for themselves in this industry. We chose to give these invited designers carte blanche with the brief and trust them completely. I think our trust in them is both appreciated and reciprocated, which results in everyone—both curators and designers—working hard towards the common goal of a show that we can all be extremely proud of.

JK: Because we see this as a way for younger designers to meet more established people and learn from them, we also gave ourselves room to invite newcomers, who we meet in our other role as editors, to participate. We had some late submissions that will be in the show thanks to serendipitous meetings around the city! 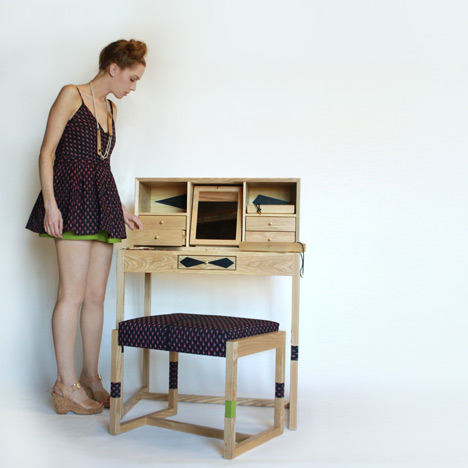 Volk × Dressed in Yellow
Reclaim is a great opportunity for us designers to give back to the community that inspires and supports us. Personally, making a piece for this show was especially rewarding; to work with a designer as creative and talented as Dressed in Yellow and to be inspired to take our collaborative work to places I would never have thought of on my own. 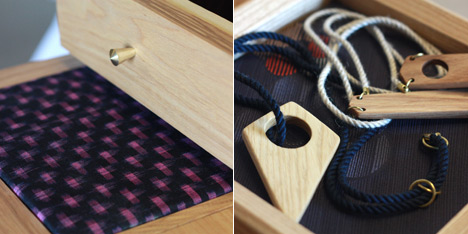 Do you plan to continue producing the exhibition once (or twice) a year? What's next for Reclaim?

JK: The goal is to have one show a year, during NY Design Week, and one or two educational events throughout the year in addition to that.

JL: We have lofty goals for what Reclaim NYC can become over time. What started as a hurricane relief effort will hopefully grow into a larger initiative that could benefit a wide range of social and environmental causes, as well as support our independent design community. Our industry is filled with truly good, charitable and socially-aware people who are looking for ways to help. We hope that Reclaim can become an outlet for these talented designers to focus their charitable and creative energies without commercial pressure, and with a higher goal of giving back to a worthy cause.

JK: We're especially interested in creating more mentoring opportunities for younger designers. Based on many conversations with younger designers, we see a need in the design industry for more connection between the business of design and the practice itself for people starting out after design school. Many established designers have said they would welcome the opportunity to participate in something like the CFDA [Council of Fashion Designers of America], so establishing an organization like that is our long-term goal. 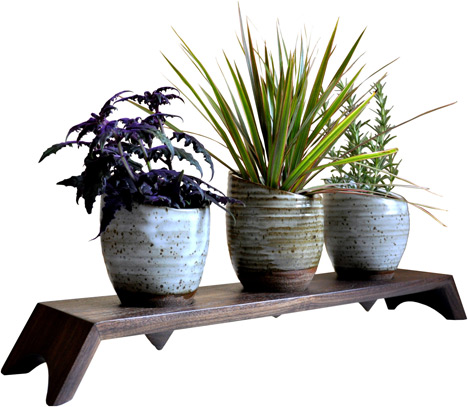 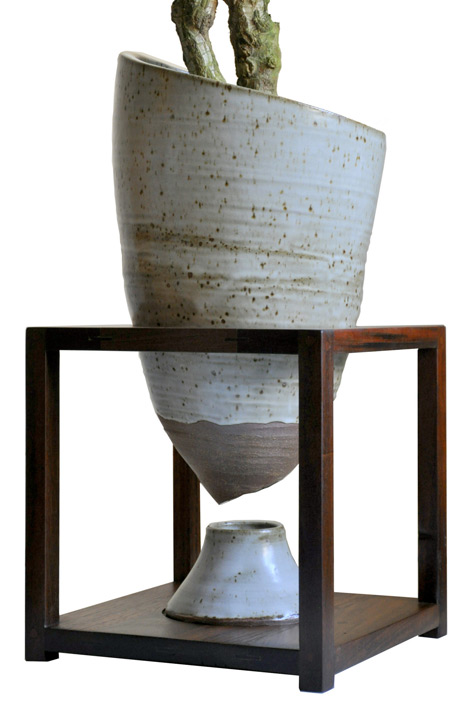 What else are you looking forward to during NYCxDesign?

JK: I am excited to see how the city will be connected during the event. Jean and I were both in Milan last month for the Salone and talked about how it will be great to see New York foster a similar type of atmosphere in the coming years.

JL: I love the energy of discovery that permeates the city during design week. It really suits my obsessive need to always seek out something new and beautiful and unflinching. 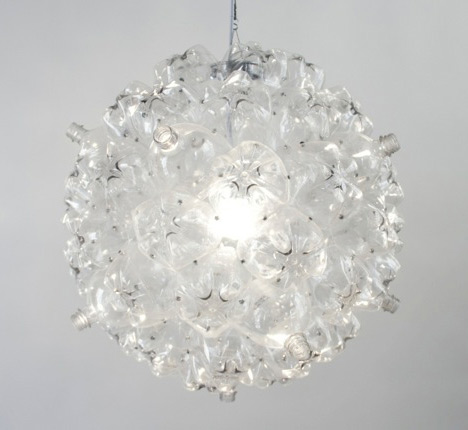 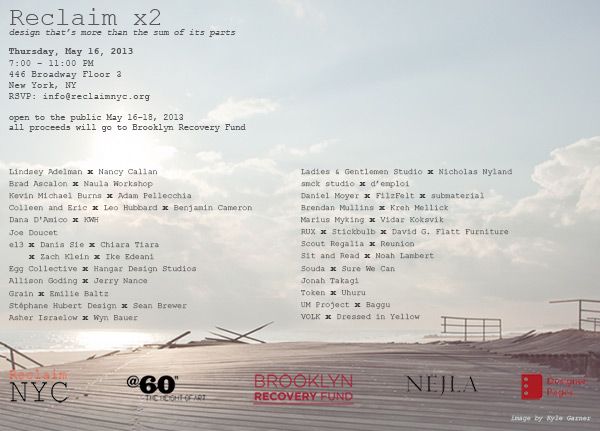