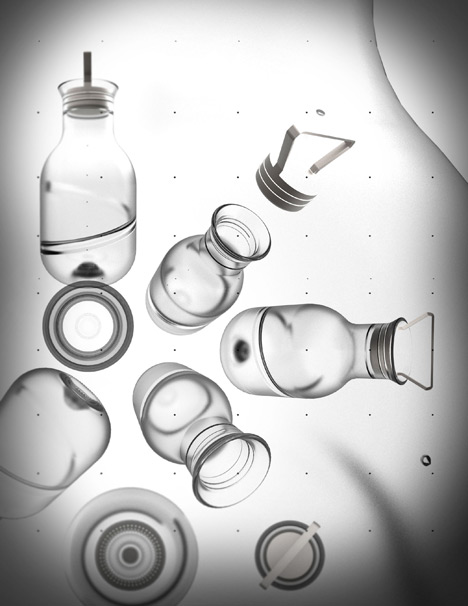 I chose the name LOHOCLA, backwards for Alcohol, for this project in order to suggest that my new design inherits the past by incorporating it into a modern object. It is a redesign of the growler, a reusable vessel to carry beer from the pub or store to your home, commonly used in the USA but also used in Australia and Canada. 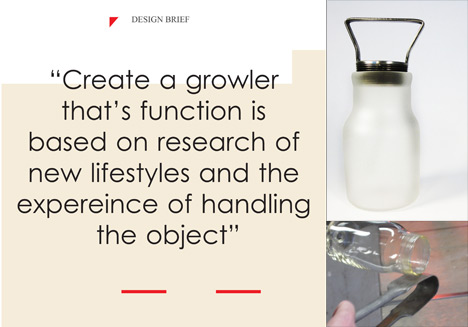 I investigated the history of the growler and based a new design on the product's forms from the past so the reinterpretation has an aspect of 'design memory.' Growlers in USA circa 1800's we actually repurposed metal buckets. During the 50's and 60's people would reuse packaging and food containers as growlers, including waxed cardboard containers and plastic storage products. Half-gallon jugs became popular in the 80's, though those glass jugs were also re-purposed (apple) cider or moonshine jugs. The design of the growler shifted to closed containers once refrigeration became standard in American homes. 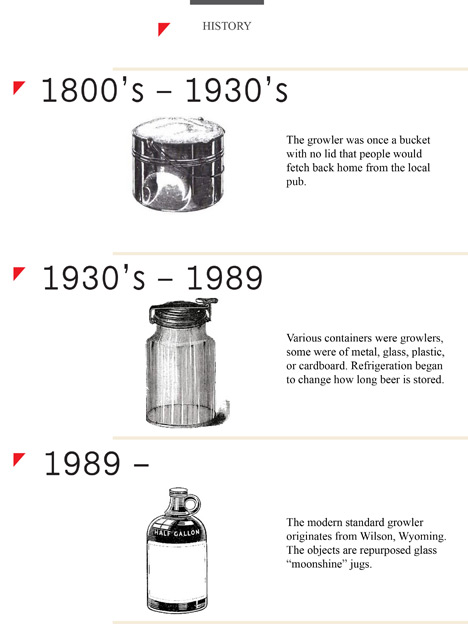 It was important to me that the redesign of the growler keep an aesthetic of other preexisting objects in some way. The overall shape still looks like the cider jug but I have created a handle that is reminiscent of the bucket handles from the 1800's, as well as the look of a common pitcher. 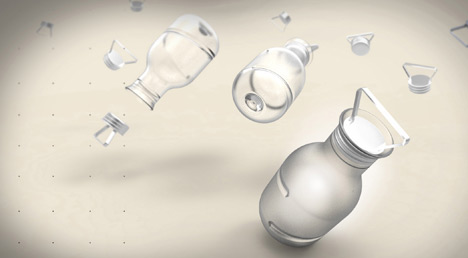 I investigated ergonomics from the point of view of the common user, bartender, waiters, user trends, consumption habits at home, in restaurants, and pubs. I then decided to ensure that the shape of this growler could also be used as a decanter / pitcher as well, so it can be used for serving in a pub if the user decides to stay. This growler is smaller in size, contrary to high American consumption habits. Existing designs are notoriously difficult to clean; thus, I made the top wider to facilitate this process, as well as for pouring. To reduce the material used on the cap, the cap now screws on to the inside of the glass wall and is also hollow to reduce weight. I added texture to the bottom of the growler so that the bartender can grip it and fill it up easier. There is also a bubble marking system on the outer surface of the glass, marking every half pint and indicating exactly how much to fill the jug with an extruded line on the surface of the jug. It is intended to be filled very close to the top, near the lid, in order to reduce airspace in the growler so the beer stays fresher. 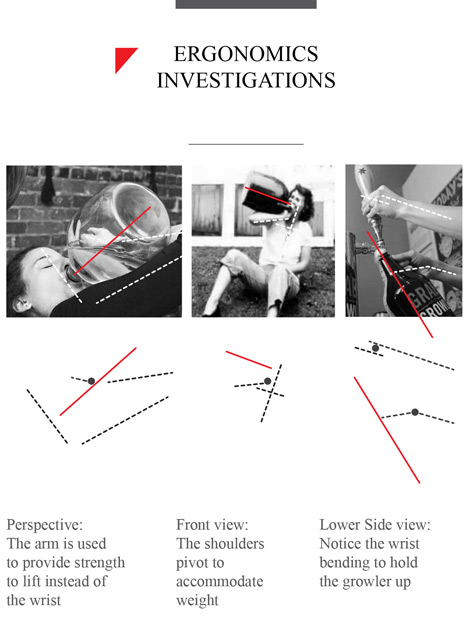 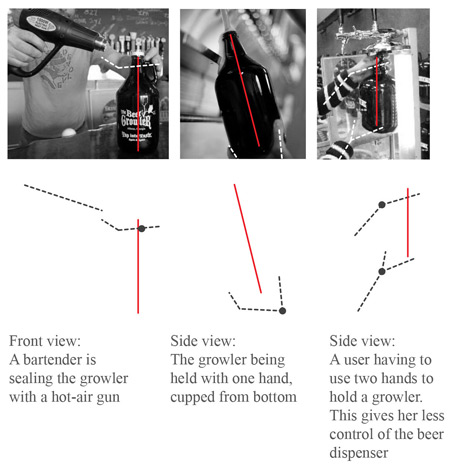 Although some growlers are now being made out of aluminum, people complain about not being able to see the beer, particularly when someone is serving them from a growler. The interior of the growler has a helix that circulates the beer as it is being poured to keep it circulating and equally fresh throughout the drinking experience—the user will not get the bitter butt of the beer that is sometimes discarded altogether. That large inner helix clearly is the driving differentiating element applied. 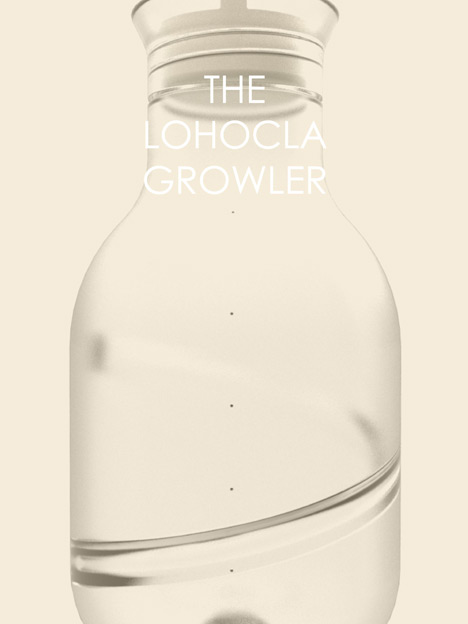 I find that to design this object and keep in its tradition is to design an aesthetic that is re-purposed and normal or "super normal" it is set to be "dry" aesthetic wise. I mean to say that I did not mean to impose some flashy statement of change for excitement, I wanted the design to contain general modest aspirations of the object type. The project does incorporate higher levels of craft detailing to construct surfacing that is highly functional but immediately perceived as aesthetic decisions, that craft is kept on to a conservative application. The continuation of function for agreeable use is puritanical and characterful of the design history of the growler. 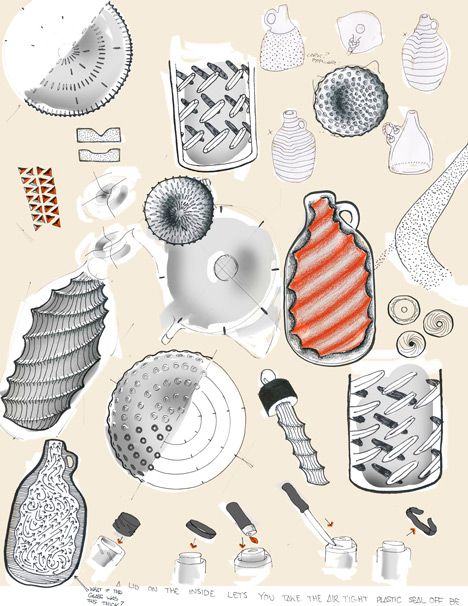 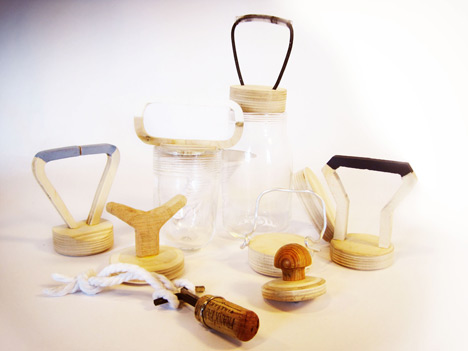 The the lid used to construct the physical model is made from standard piping and construction threading. Finally the metal lid was done twice over, the first lid was mounted on a rotating cylinder so that it could be used used to mold the glass top, then a second version was made to have the final lid. 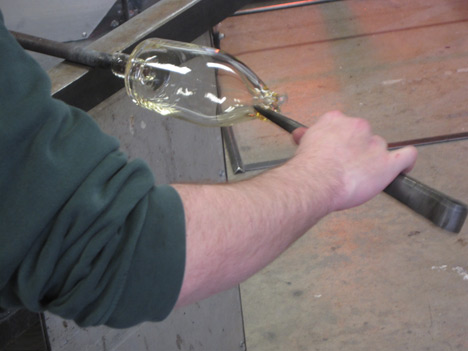 This project was carried out by constantly going back and forth between drawings, CAD Modeling, and interaction with craftsman, those three aspects subsequently influencing each other to find a better or more specific solution, combining the design and production process eloquently, leading to a final feasible solution that harmonizes aesthetic idealism with commercial reality. 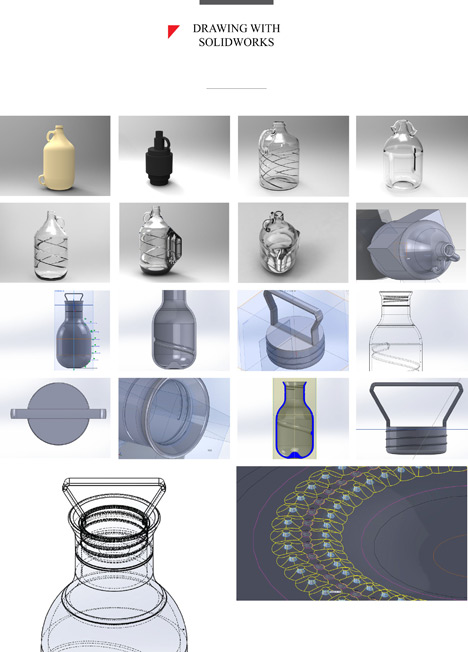 Overall, the details incorporated into the physical model are not difficult for a skilled craftsman to produce,however, I am currently working on a second phase of this project to make sure all can apply to production settings. 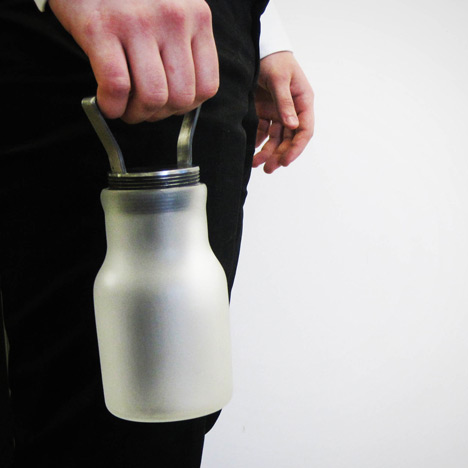 See full-resolution versions of the images as well as additional process shots at Coroflot.