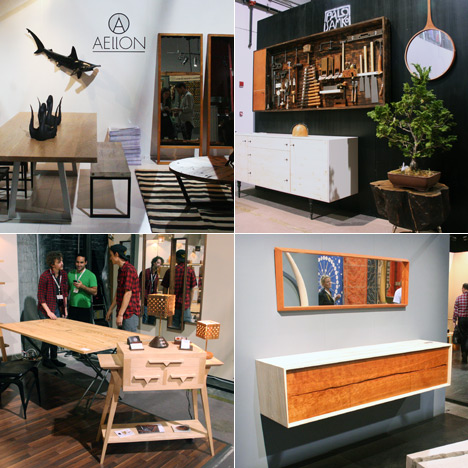 The Jacob K. Javits Convention Center won't be opening its doors for the 25th annual ICFF for another week, but the NYCxDesign festivities are well underway as of this weekend, and besides the second edition of Frieze New York and its satellites, today also saw the opening of BKLYN Designs at St. Ann's Warehouse in DUMBO. After a brief hiatus (including a stint at the Javits in 2011), the showcase of independent designers from the borough du jour is back in Brooklyn for its tenth anniversary.

Organizer Karen Auster and the Brooklyn Chamber of Commerce have wisely opted for first weekend of the inaugural NYCxDesign festival so as not conflict with ICFF—the exhibition will be on view through this Sunday, May 12. (BKLYN Designs is rather more accessible than Frieze, both geographically and metaphorically, though we recommend the humble bicycle as the most pleasant mode of transportation to either location; rest assured most of next week's events are clustered in the more central districts of Soho and Noho. Check out our NYDW Guide for more details.)

Here are some of the standouts from our quick tour of the space this morning: 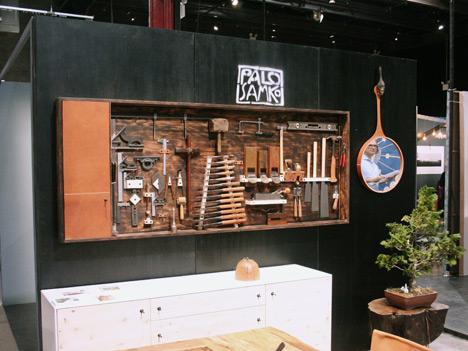 Palo Samko, an elder statesman of the Brooklyn scene, has been exploring with casting in earnest ever since he started making his own brass hardware (drawer pulls, table legs). 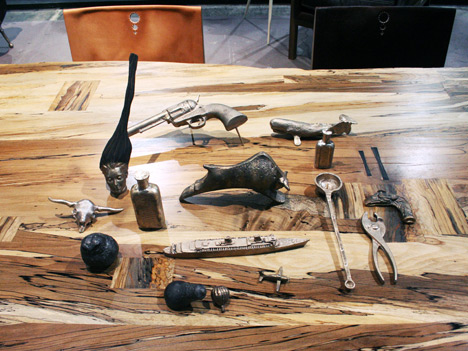 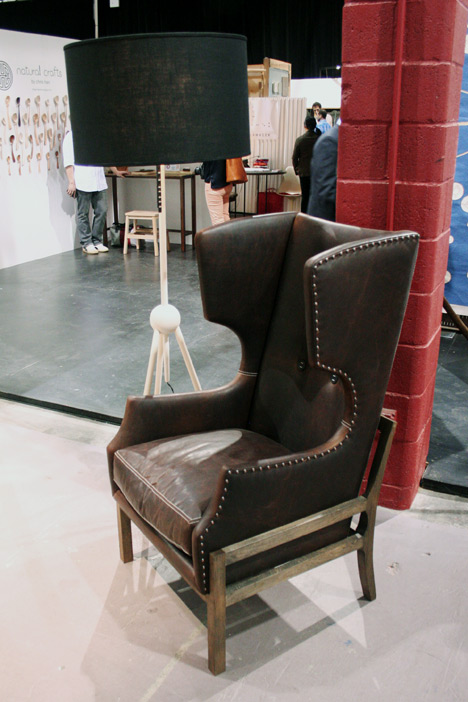 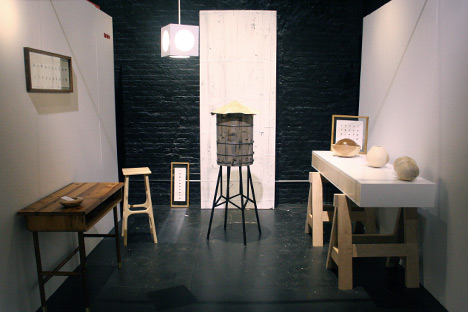 As with many of the woodworkers at the show, Bien Hecho was a custom/contract studio for years before debuting their first collection at BKLYN Designs. 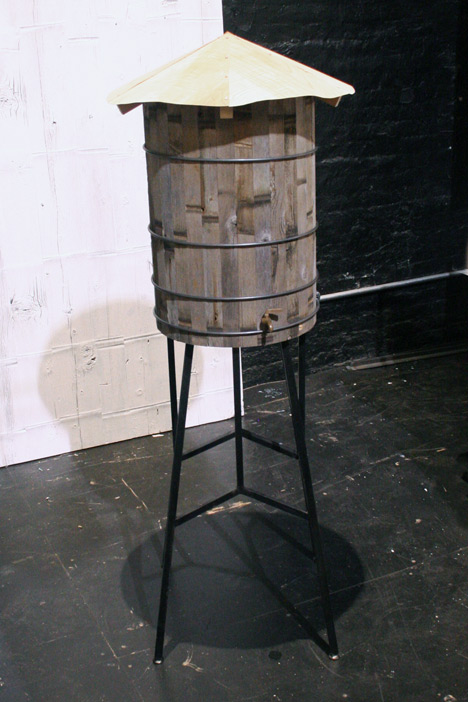 Founder John Randall noted that "Water Tower" was made of reclaimed wood from the very same; it's intended to hold a standard five-gallon water bottle, as an alternative to the mundane water cooler. 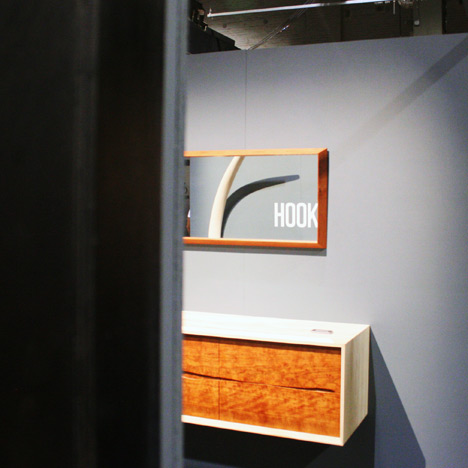 What's that around the corner...? 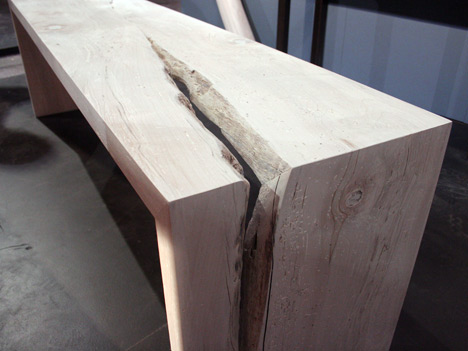 We first saw Jesse Hooker's work at ICFF in 2011; he continues to find new ways to express the character of wood through experimenation with live edge pieces, not to mention the massive laminated tusks that are strapped to the far side of his booth. 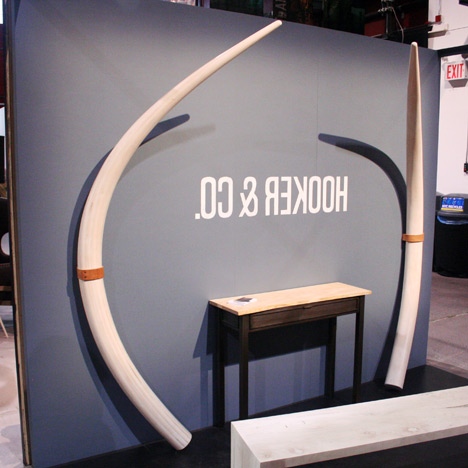 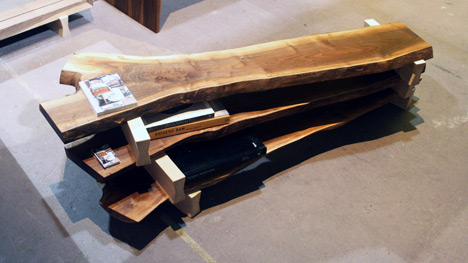 Last year, we were impressed by Peter Buley's (a.k.a. Analog Modern) stowaway hydroponic system; the liquor cabinet with a vintage wheel—his best guess is that its from a water main—is equally clever, albeit less secretive. 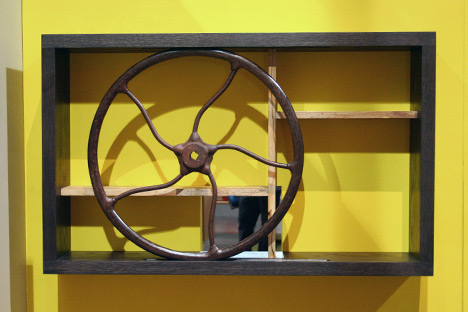 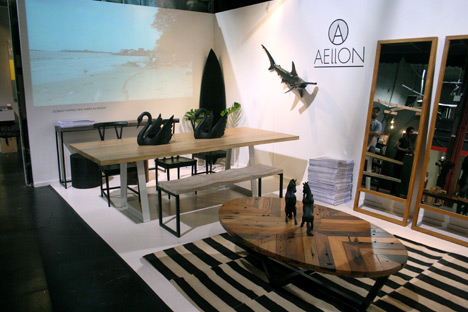 Aellon, a collaboration between Daniel Husserl and our friends at UHURU, continues with its mission to reimagine salvageable materials through design. 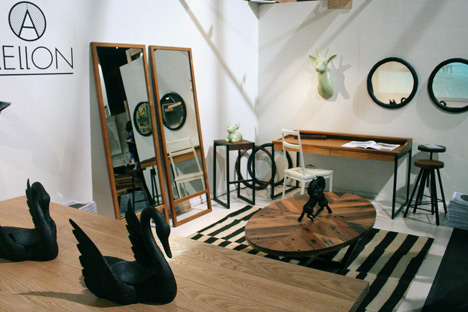 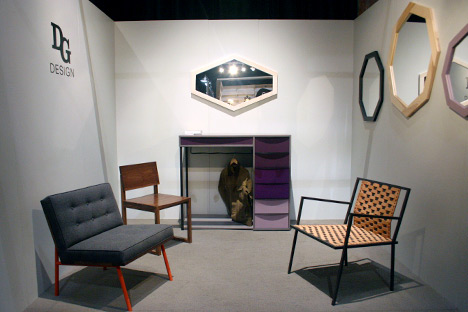 David Gaynor, on the other hand, worked at UHURU for several years before setting out on his own; this marks his first collection. 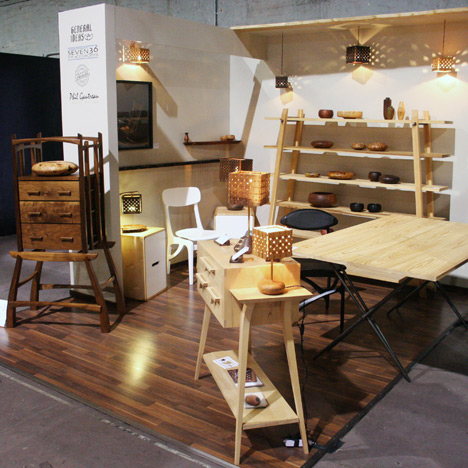 One particularly jam-packed booth featured four designers who share a Bushwick studio space and chose to join forces for BKLYN Designs as well. Lamps by Joey Pepper are displayed atop a chest and side table by Matthew Mullen of Seven36; Brian Fansler, a.k.a. General Ideas, exhibited a convertible table and the shelf at back, which was a fitting display for Phil Gautreau's hand-turned bowls. 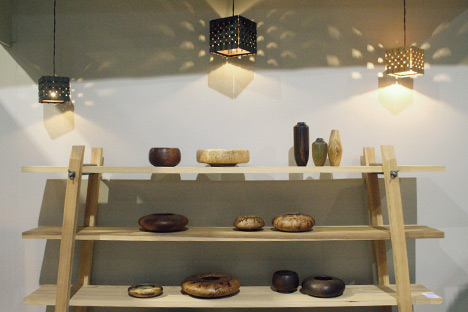 Of course, these are just a few of the exhibitors at BKLYN Designs—stop by St. Ann's Warehouse over the weekend to see the work pictured here and much, much more—as always, the designers will be present.