Objects I Use: Cheapie Carabiners 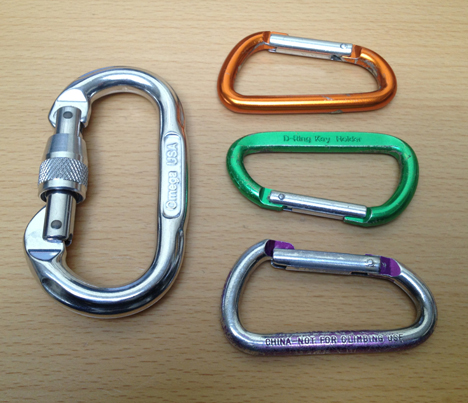 Like my train pass wallet, these objects fall into the category of things I touch and use every day. Carabiners are intended for mountain climbing, but their simple design and great utility make them super-useful to city dwellers like me, who only climb subway steps. I use them in the photo studio, during event coverage, and for my dogs, and I now wonder how I ever got by without them.

These were initially pet-driven purchases. I own two dogs and was looking for a way to hold both of their leashes in one hand without them becoming entwined. First I bought this thing, which is called a rotor swivel: 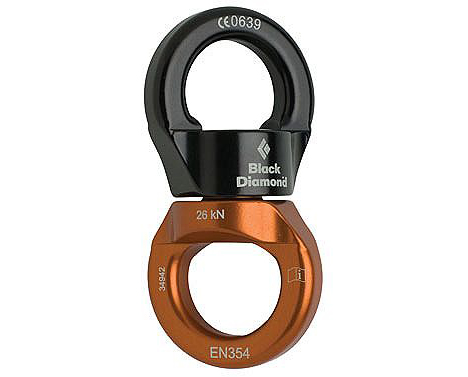 I spotted it at a mountain climbing equipment store across the street from Core77 HQ. It's just two aluminum loops attached by an enclosed bearing that allows them to rotate independently, and it set me back forty bucks. Being designed for climbing, I figured it's got to be watertight, which I'd need to weather thunderstorms (I'm out with the dogs for up to two hours a day, rain or shine).

Next I sewed a length of webbing through it to serve as a handle. (If any of you are interested in working with canvas webbing but don't know how to sew, please pipe up in the comments and I'll prepare a basic tutorial. With a simple trick, someone with no skill can use even a junky sewing machine to sew canvas webbing.) 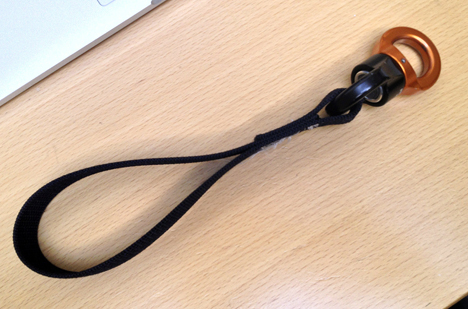 Then I needed a carabiner to attach the two leashes to the rotor. Mistakenly thinking beefier would be better, I initially bought this Omega Pacific locking carabiner at the same equipment store for ten bucks. 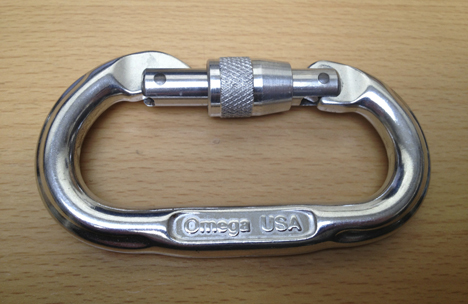 However, I found this carabiner too bulky, and together with the rotor it added too much weight to the leashes for my taste. But at the hardware store I spotted these cheapie "key holder" carabiners for just a few bucks.

They appear to be made from aluminum and one can be used to handily attach the rotor to the two leash handles. 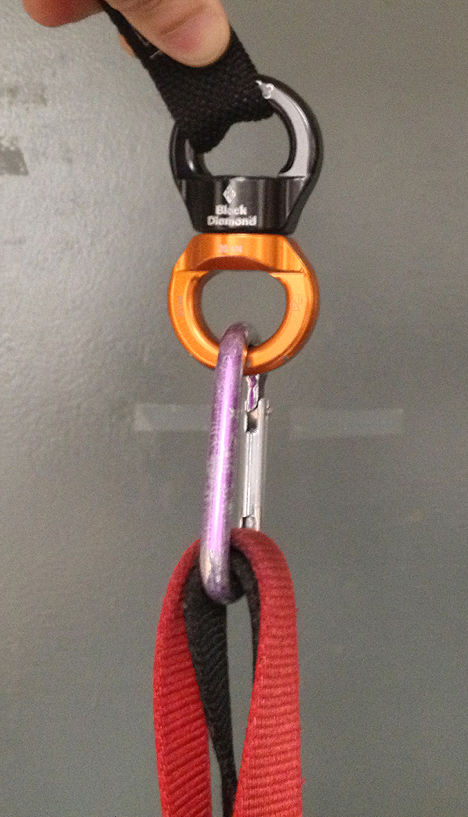 As an added bonus of using the smaller carabiner, I found they are the perfect diameter to fit through the hole in a rolldown gate padlock bracket, a common building protrusion in the city. This provides a convenient tethering point when I am taking a break with the dogs or need both hands free.

And if the gate is rolled down, like after business hours, you can just shackle the carabiner to the padlock. 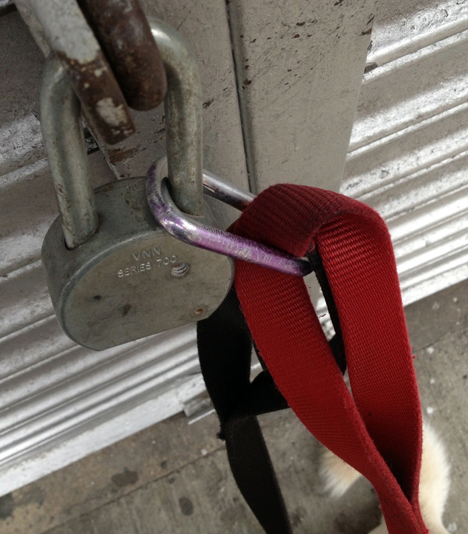 Being outside for long stretches in the winter necessitates gloves, but I find myself constantly needing to take them on and off. The phone rings, studio texts come in that require an immediate answer, or I need to manipulate dog bags. I used to remove my gloves and hold them under my armpits while I did whatever I needed to do, and as you can guess, I lost a lot of gloves this way. (The worst is losing just one glove, as the other is still perfectly good but essentially rendered useless.) With carabiners I now just hang them from my belt loop when not in use, and I haven't lost a glove ever since. 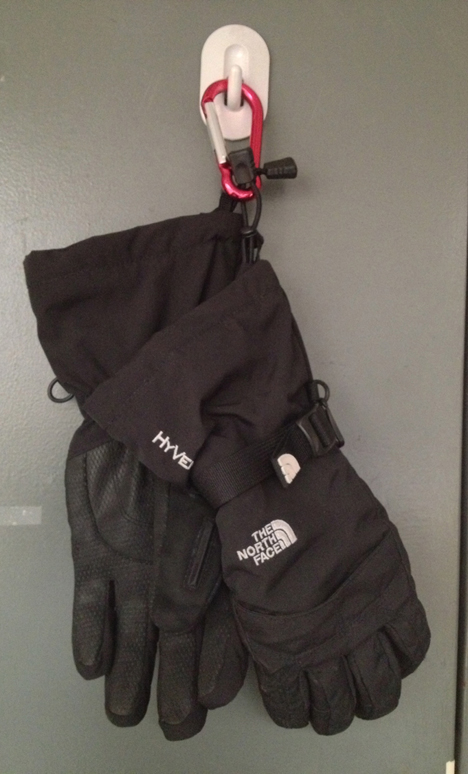 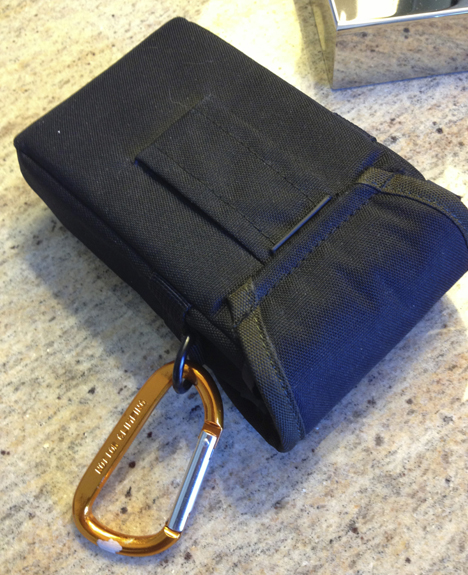 Event coverage: In crowded exhibition halls where you have a lot of ground to cover and don't have time to backtrack, it's nice to have a high-quality camera handy. When the iPhone won't cut it, I use a carabiner to keep my Canon on a belt loop for quickdraws. It's much faster than fishing it out of a bag. 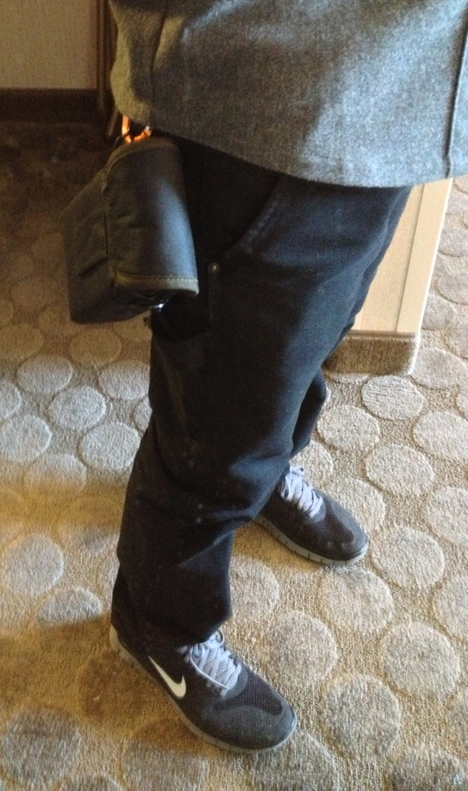 In the photo studio, I mounted a system of pulleys and cables to the ceiling to raise and lower backdrops. I designed the system so that the cables, at full extension, hold the backdrop low enough to mount it to the side rollers; to hoist it, the cable must be shortened. The carabiners came in handy for this task--one end goes through a loop in the cable, the other attaches to a wall-mounted bracket. 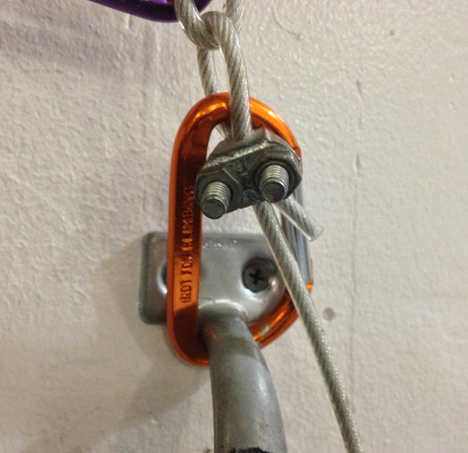 A second carabiner holds the chain drive in a fixed position, so that the backdrop does not unfurl. 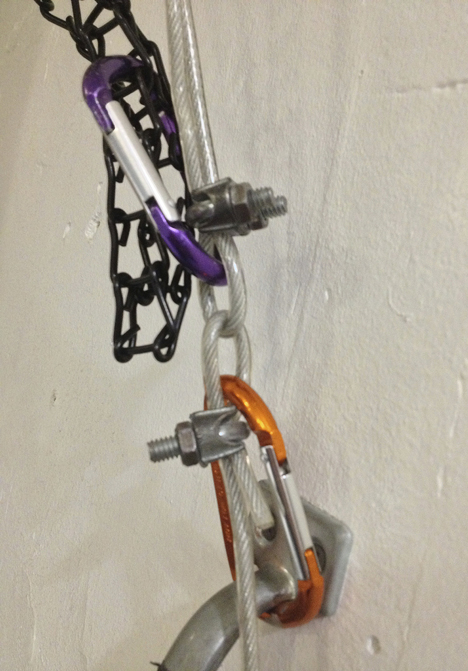 I also use them to suspend the side rollers themselves, as they occasionally need to be removed for servicing, and to keep studio tools handy. 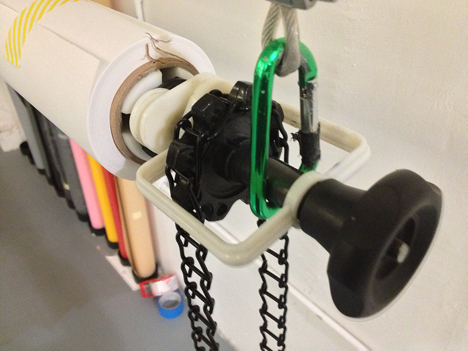 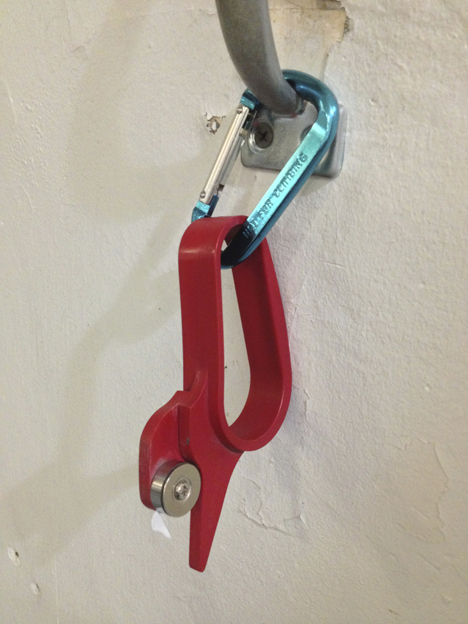 How Does the Object Wear? 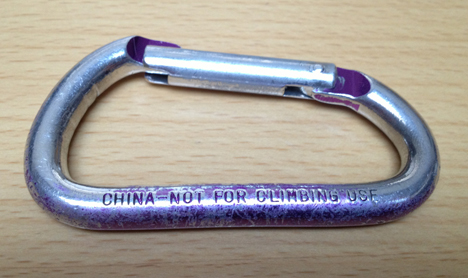 The one that sees the heaviest use is the purple one you see here, which I've had on the leashes for about three years. Despite weathering its fair share of downpours, snowstorms, and summertime humidity, it hasn't rusted.

Most of the paint has worn away, which doesn't bother me. Aside from the paint loss, the surface seems to handle abrasion and friction well, even with the metal-on-metal contact from rubbing on the rotor swivel.

Will You Continue to Use This Object?

For everything except the dog leashes, yes. But I'll shortly be replacing the purple one. It expressly says "Not for Climbing Use" on it, indicating it's not meant to carry a load heavier than keys; and while I've found it strong enough to prevent two 30-pound dogs from lunging free, close inspection reveals the spring doesn't have the "oomph" it used to, and the latch feels a bit loose. 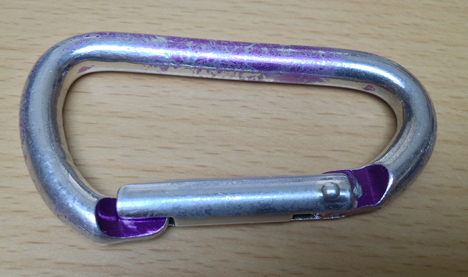 Three years is decent service life for this application. But I'm worried about it eventually breaking, and I'm going to upgrade to a sturdier carabiner of the same size that was actually designed for climbing.

Objects I Use: Cheapie Carabiners