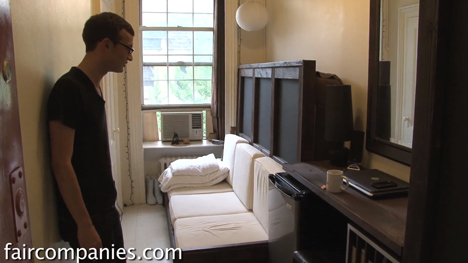 You've heard the expression that [American] football is a game of inches. So, increasingly, is living in Manhattan.

This video of Luke Clark Tyler's apartment (captured by Kirsten Dirksen's Fair Companies) has racked up nearly two million hits, and for good reason: Tyler downsized from his previous 96-square-foot palace to shoehorn his life into a 78-square-foot studio. But what really makes this video distinct from other "tiny living" vids we've seen, and what should be of interest to the Core77 reader, is that Tyler is a trained architect who can design, build and install his own things, like his sideways Murphy Bed. 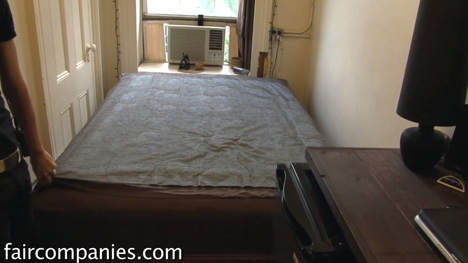 Also observe the little details, like how he's using eyehooks as toothbrush- and razor-holders and how the bottle-stays on his shelves are just wooden dowels held in place by two carefully-placed sheetrock screws on either side. 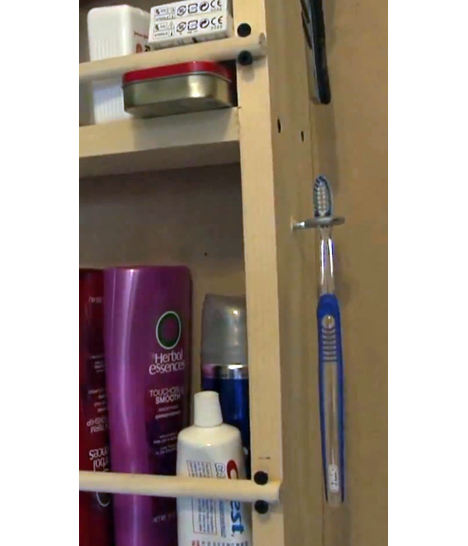 This is giving us a potentially cruel idea for design education—but before we get to that, watch the vid:

Now for our idea. It would be interesting if in your third year of architecture or ID school, after you'd gotten a handle on design basics and learned to use power tools, students were assigned tiny individual living spaces like this--with no furnishings whatsoever. The student would then spend a semester design-building their own living space, working off of a fixed budget.

Design is supposed to be about making things that matter, and we think the early lesson of creating your own habitat would be a valuable one. Plus we think you'd see some really inventive solutions if every design student at every school were all focused on the problem of small living. Sure there'd be some initial suffering, but nothing your average 20-year-old couldn't power through.

What say you? It couldn't be worse than some of the dorms you've stayed in, could it? And you wouldn't have to stay there forever; even Tyler, since living in that shoebox in '11, has decamped for the west coast.