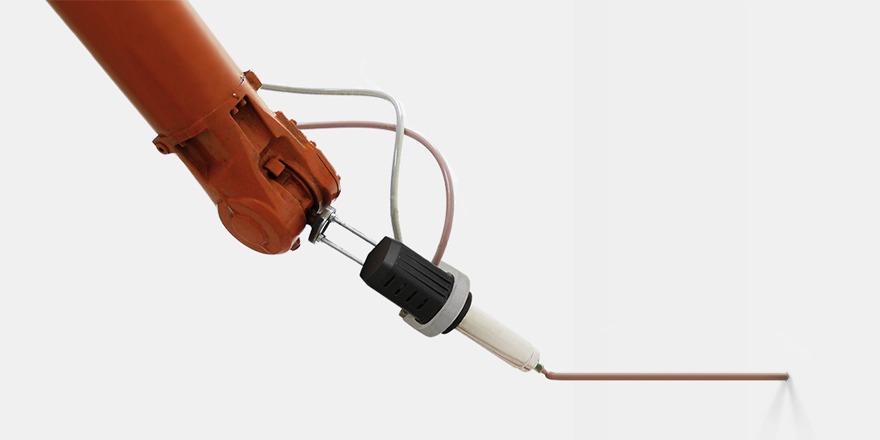 Earlier this year, we came across the 3Doodler, a pen that allows the user to sketch far beyond the bounds a material substrate, namely paper. (Boston's WobbleWorks had more than quadrupled their $30,000 funding goal when we posted about the product at launch; by the time the campaign wrapped up a month later, they'd raised a whopping $2.3m) 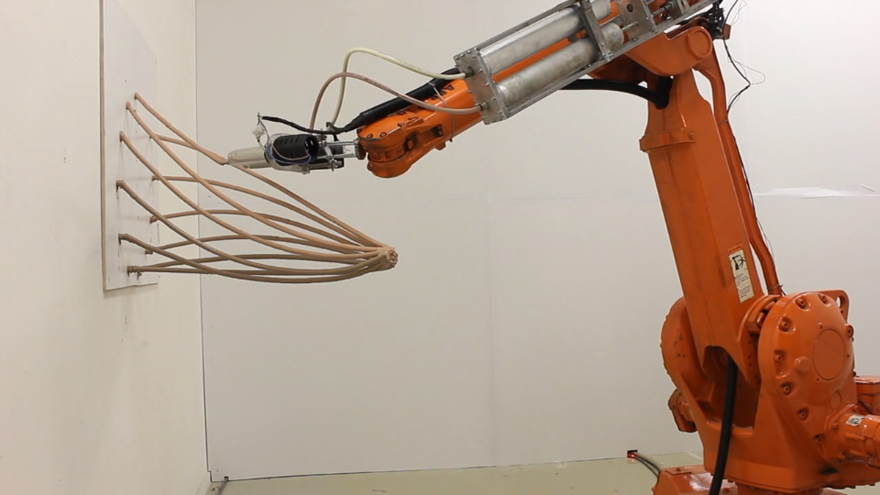 Led by Petr Novikov and Saša Jokić, a team of researchers from the Institute for Advanced Architecture of Catalonia (IAAC) and Joris Laarman Studio in Amsterdam have developed a new, patent-pending additive manufacturing technology, known as MATAERIAL. (Pun lover though I may be, it took me a moment to get the name.) The machine is essentially an articulating arm that can create three-dimensional objects on any surface, independently of a build platform.

By using innovative extrusion technology we are now able to neutralize the effect of gravity during the course of the printing process. This method gives us a flexibility to create truly natural objects by making 3D curves instead of 2D layers. Unlike 2D layers that are ignorant to the structure of the object, the 3D curves can follow exact stress lines of a custom shape. Finally, our new out of the box printing method can help manufacture structures of almost any size and shape.

The video is reportedly sped up three times, but you get the idea: this thing has a lot of potential. No details on what it's actually extruding, but we suspect that the nozzles on either side of the extruder have something to do with it—keep an eye on the MATAERIAL website for more details.