Cutting Through the Hype: Highlights from Product Design + Innovation Conference 2013 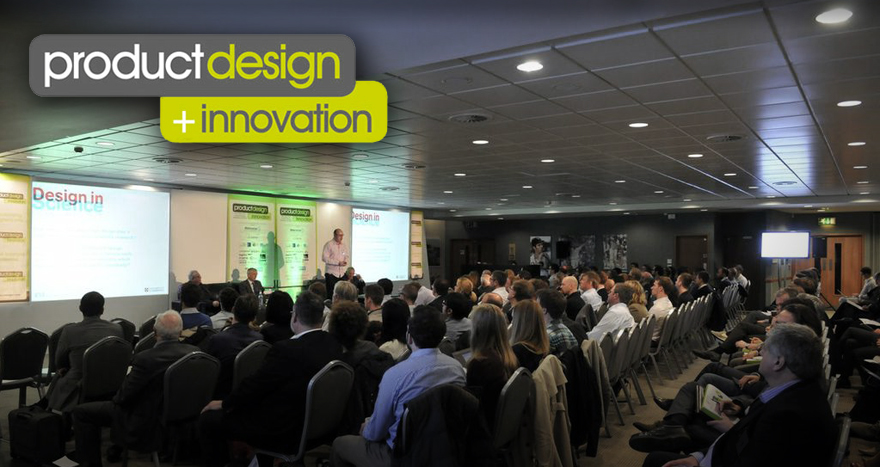 In his opening remarks at this year's Product Design + Innovation conference in London, Core columnist Kevin McCullagh challenged speakers and attendees to 'cut through the hype' so rampant in the industry in recent years, to identify the real opportunities for design in the growing number and increasingly complex fields in which it operates. Whilst many brands and corporations are wholeheartedly embracing design and its processes, a mounting wariness to the overblown claims and difficult to quantify results associated with the Design Thinking movement may indeed make hype dissection a key challenge facing the industry in the years to come.

In the charming surroundings of one England's oldest cricket clubs, the two-day event saw spirited debate as some of the most heralded futures of products and manufacturing were subject to scrutiny: Internet of Things, connected mobility, additive manufacturing, the maker movement, product-service systems, premiumisation, the consumerisation of healthcare.

In an attempt to capture some of the hearty discussion that ensued, we've picked out five of our top PD+I highlights: 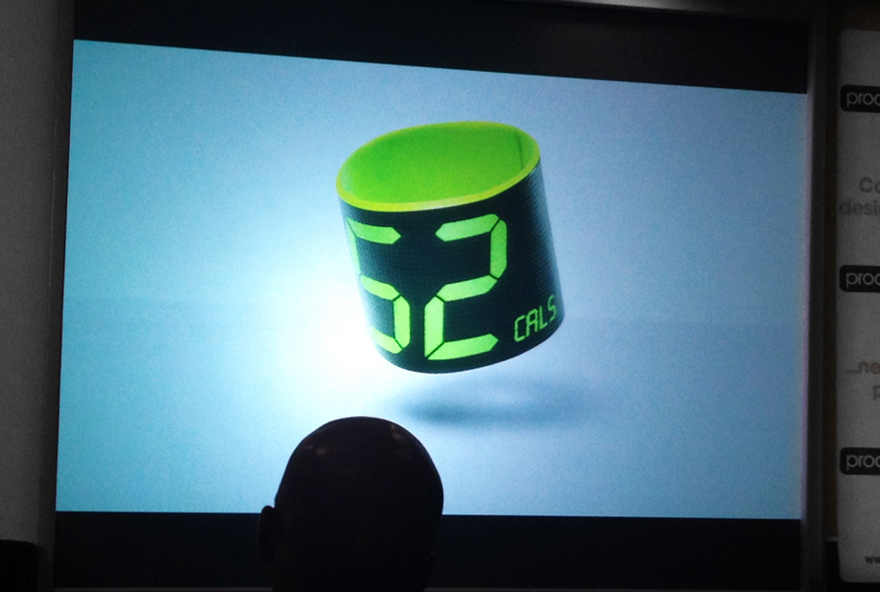 It's unfair to ask anyone to follow a presentation from a Nike designer. Illustrating just how powerful you are with the weight of a marketing machine behind you, Jamian Cobbett, Design Lead at Nike Digital Sport, left many an industrial designer drooling after taking the audience through the process of designing Nike's first real foray into the world of the Internet of Things, the FuelBand.

Whilst many previous skeptical members of the audience made hurried orders on their mobiles, we were perhaps more captivated by Cobbett's passing reference to how the FuelBand may have looked, had his team of designers not got their hands on it. Although the vision of Nike execs—'an old school sweatband with a phat display'—showed a blatant disregard for end use (do I really want to give up that much wrist space? Does my calorie count need to be that conspicuous? Can I do sport in that thing?) opened up interesting debate on the nebulous state of IoT design language and the role that industrial designers still have to play in making the intangible tangible—as well as crystallising the real user value in connecting objects. The opportunities may be endless, but debate suggested that some of the smaller and simple interactions these technologies afford may have more impact than complicated solutions that actually just make life harder work. As one speaker put it 'May God save us from the Internet of Fridges'!

Carrying on from the IoT panel, debate on the connected mobility brought interesting perspectives on a future in which vehicles are the new mobile devices, connecting users with their surroundings whilst also acting as roaming sensors for the city. As the example of the StreetBump mobile app illustrates, connected vehicles will have the ability to feed crucial information to urban authorities. This could have huge implications for automotive designers—if cars are able to gather data on their use and surroundings, how might that information be fed into the design process? 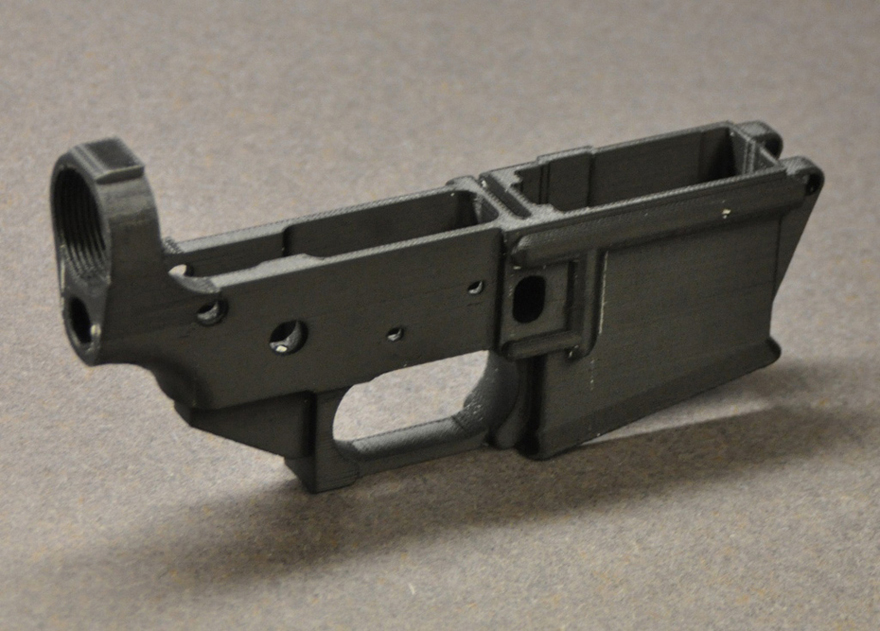 The real value of 3D printing

The hype surrounding the Internet of Things seems timid (or at least niche) compared to the anarchistic, and sometimes doom-laden, narrative surrounding developments in additive manufacturing of late. Belgian 3D printing experts Materialise took to the stage to debunk many a myth about the phenomenon's potential. Despite being the suppliers of Iris van Herpen's incredibly intricate (and it has to be said, at times rather revealing) laser sintered couture shown at Paris Fashion Week earlier this year, the manufacturers are clear that this technology will not be invading our homes and spurting out conveniently clean clothing at the click of a button any time soon—as concluded by many fashion rags back in January. Whilst they do see potential for more, smaller hubs of 3D printing production sprouting up—allowing easier, cheaper and localised access to manufacturing for the average Joe—the infrastructure as well as variety of machines, process and materials required to make products of any complexity will make at home additive manufacturing a lot less disruptive than prophesied. Besides, isn't taking care of a regular inkjet printer tough enough for most of us?

As with the Internet of Things, all the hype may be diverting us away from more simple innovations. Cody Wilson's 3D-printed 'Liberator' may have made the headlines, but perhaps it was his earlier printable lower receiver (above) that really changed the game. Being the only piece of a firearm that can't be bought individually in the United States, Wilson's lesser-known masterstroke was to use 3D printing as a key to subverting the system. Interestingly, designer Matt Sinclair's thorough deconstruction of the matter also alluded to the bizarre nature of the 3D printed firearm hysteria, in a country in which guns are so widely available. There is comparably little fuss about the equally wide availability of books about making firearms at home, leading Matt to conclude that what worries the public most about the Liberator, is the lack of hard skills needed to make it. Apparently, basic lathe skills makes you a morally upstanding person (and gun owner).

Great though the technology may be for rapid prototyping, its usefulness for real, fully finished manufacturing will likely remain niche. The real benefits of 3D printing? Speed to market, low tooling cost and greater freedom of form for small runs—so say the experts. Still unsure? Check out this made this handy Materialise 3D printing barometer to help you decide if additive manufacturing is right for your project.

Design is usually most at home in the realm of brands and manufacturers, more often than not employed as differentiating device between like offerings. But what about science? Is that not where the really interesting stuff is happening? Is that not somewhere to channel grander ambitions of change making?

James Moultrie of the University of Cambridge treated industrial designers at PD+I to an impassioned introduction to the potential for collaborations between the design community and that of scientists. Locked away in labs all day, some scientists, Moultrie suggests, are motivated by the publication of their papers and getting their name on the next big theory (think Einstein's Theory of Relativity or Newton's Law of Whatsit), often having only a passing interest in the real world applications of their research. Designers, on the other hand—driven to create, to change, to make positive impact—can spend a lot of time dreaming up desirable future possibilities, though often lack the technical wizardry or dedication to experiment that could make their visions a reality.

Is there a place for designers, Moultrie asks, to join the early stages of scientific research? Could some strategic envisaging help direct and inspire the science community to tackle more real human problems with their research or apply their findings in more impactful ways? Outcomes from his 'Design in Science' programme exploring this very possibility include these inspiring applications for 'biophotovoltaics.' 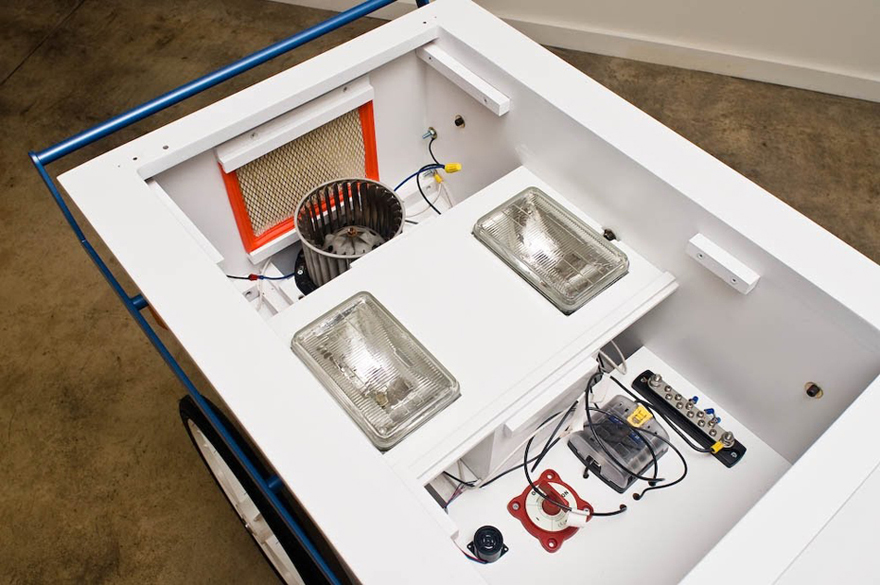 For years now, industrial designers have been pigeonholed by many as the purveyors of Apple-ness. Whether flogging dog food or toilet roll, it seems many companies believe a few product accessories and an aggressive 'premiumisation' of their wares will spell instant success. Inspiring innovation speaker, Paul Sloane, suggests industrial designers are in a key position to question business motivations and help executives to think laterally. Rather than jumping straight in at the premium market—often a huge risk in itself—should we not question what business problem we are trying to solve? Is it margins? Brand recognition? Brand loyalty?

Take the example of Edward de Bono. When Ford approached him in panic to ask his help in differentiating their product from copy cat motors, de Bono went off and thought way out of the horse-less carriage. His answer? Buy up the parking lots in major cities and let only Ford owners use them.

Better yet, have you seen the NeoNurture baby incubator (above)? Designing an incubator robust and maintainable enough to survive in rural African hospitals is a massive challenge. Flip the question however, and you might first consider, what's the one resource that locals can rely on? Toyota spare parts, of course. Make an incubator out of these bits and it will be kept going for generations.

Subvert your own products to stay relevant

Lastly, the product-service ecosystem segment surfaced an intriguing trend of corporations going head to head with their own offerings—essentially, before someone else does.

Creative director at Philips Design Paul Thursfield, used the example of Kodak to illustrate the speed at which a market leader can fall from grace by failing to innovate. The giants were wiped out by the rapid shift to digital photography, despite having been one of the first companies to develop it. Wary of a similar complacency, and sensing an opportunity, Philips lobbied for a law to ban the lightbulbs they had been producing and profiting nicely from for decades. Giving themselves a first mover advantage, the company are now creating any number of innovative bulbs and lighting products, some of which given the added advantages of connectivity.

In a similar vein, UX head at Telefonica Digital, Paul De'Ath, revealed how his team are working on a new offering with Mozilla that has the potential to all but usurp their very lucrative network service provider. He confessed that the profitability of the new product is not clear but the company is undeterred. If they don't take the opportunities they have seen, someone else sure will.

All in all, the PD+I conference treated industrial designers to an invigoratingly broad range of discussion and debate. With some of the most thought provoking perspectives coming from outside the industry, we're reminded that the surest way to avoid the perils of hype is to escape the design bubble to engage with, and strive to understand, the intricacies of other fields.

Cutting Through the Hype: Highlights from Product Design + Innovation Conference 2013