Microsoft's Ralf Groene on Building the Surface Experience, Stepping Away from the Canvas, and the Joy of Fast-and-Crappy Prototypes 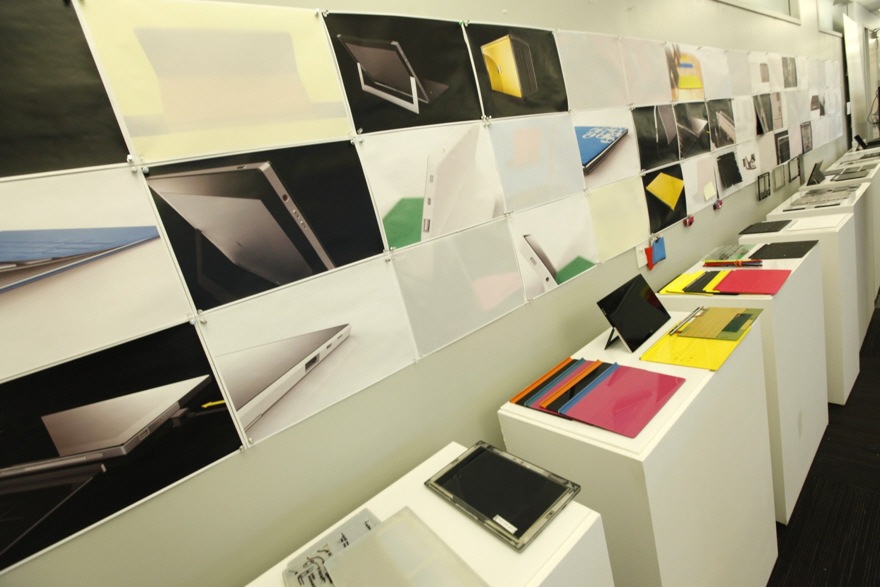 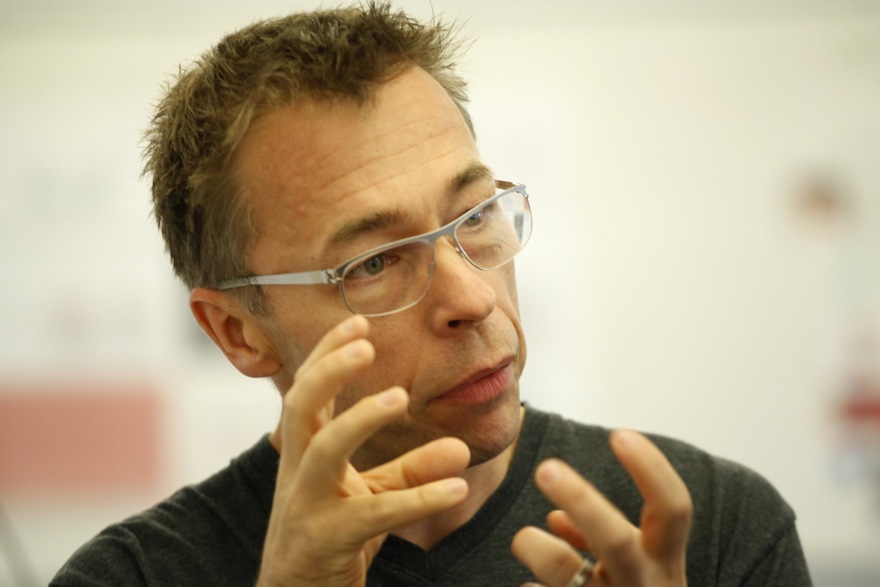 This is the first installment of our Core77 Questionnaire. We'll be posting a new interview every other Tuesday.

Current projects: I only have one project: Surface. But it of course has many, many facets.

Mission: To build the Surface experience and brand 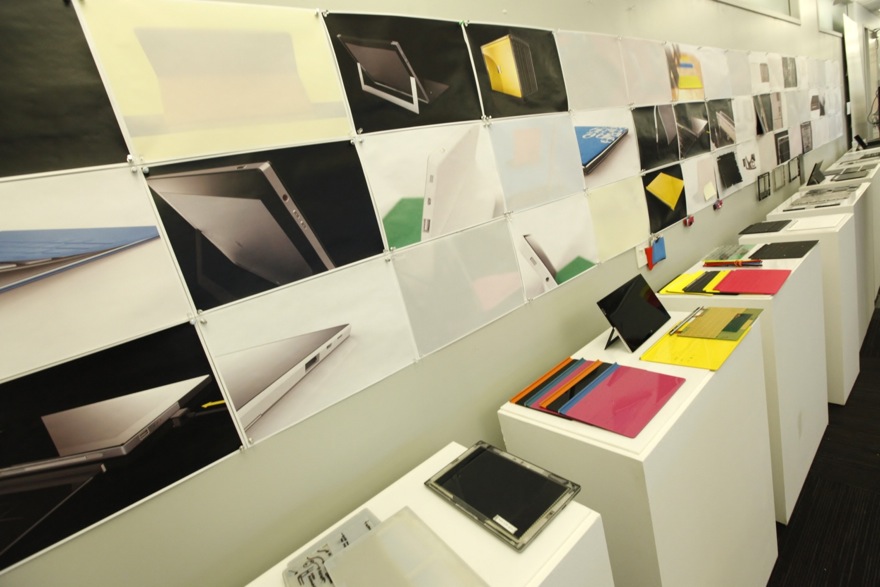 When did you decide that you wanted to be a designer? In 1989, when a friend told me that design is an occupation. I grew up in Wolfsburg, which is the German headquarters of Volkswagen. There I started to become a sheet-metal toolmaker. At some point, a friend told me that he was going to become a car designer. He showed me what design was about, and I immediately fell in love; I knew that this was what I had to do.

Education: As I said, my first education was to become a toolmaker at Volkswagen, which was a three-and-a-half-year training. I worked as a toolmaker for a couple of years. And then I earned an industrial-design degree from the Muthesius Academy in Kiel, Germany.

First design job: After I quit my job at VW, I did a one-year internship at a design studio in my hometown called Interform. Our town had a castle and these guys where in the castle; it was very, very scenic. I went up there and knocked on the door and said I wanted to be an intern. I brought a couple of sketches and they looked at them and said, "OK, you can help out." So I got a crash course in industrial design before I actually studied it.

Who is your design hero? I actually have three. There's Hartmut Esslinger, the founder of frog design, who I had the privilege to work with for two years. Then there's David Kelly, who founded IDEO, who I also worked with. And then the third one is Stefan Sagmeister, the graphic designer. He takes graphic design way beyond making things pretty. 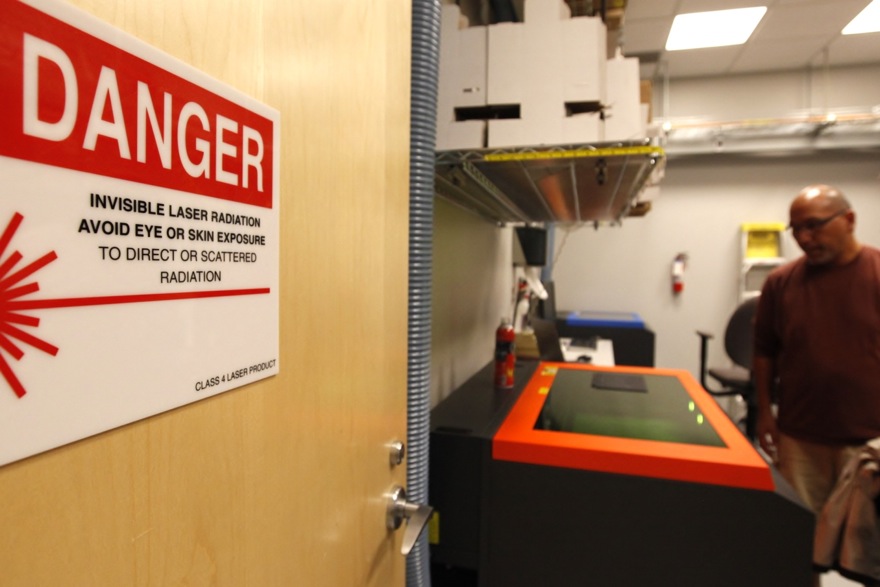 Describe your workspace: Our work is divided over three studios and a big model shop. I wish it was all one huge space, but right now it's not possible. These spaces are all extremely secure; they're locked behind multiple doors with guards. On the one hand, that makes it pretty hard to collaborate. Therefore the studios themselves are totally open, and we basically hover around our tasks. Designers have desks, but they're constantly changing. We're kind of nomads; we migrate from one space to the other.

Other than the computer, what is your most important tool? I would say our shop. We have a big shop that has everything from CNC machines to duct tape. When we first came across the idea of Surface, we made it from cardboard and duct tape. Prototyping is such a powerful tool, and the faster and the crappier the thing looks, the better.

What is the best part of your job? For sure, my team. I have a wonderful design team.

What is the worst part of your job? You know, it sounds cliché, but I think there is none. 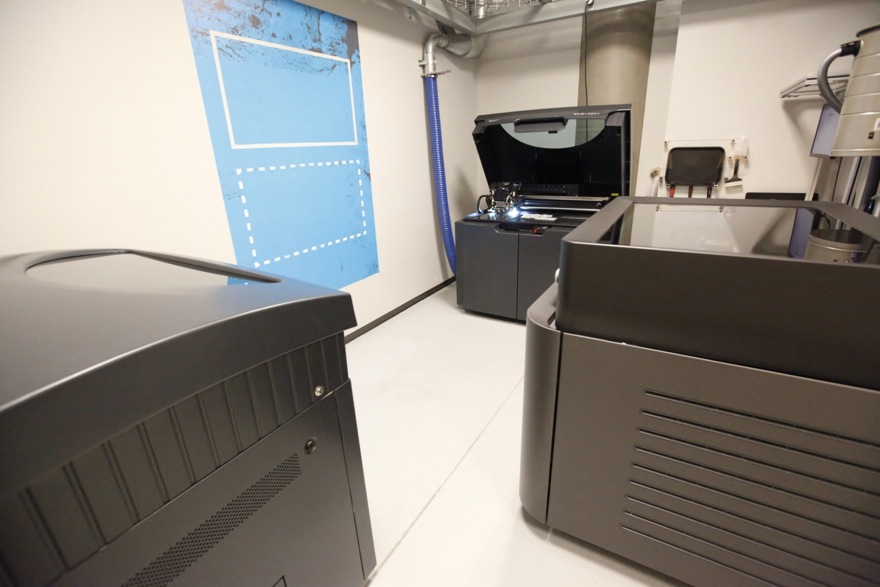 CNC machines in the Surface shop

How do you procrastinate? I go off and sketch, or I ride my mountain bike.

What is your favorite productivity tip or trick? When I was at IDEO, Naoto Fukasawa gave a presentation where he showed a photo of Henri Matisse painting a canvas with a brush taped to the end of a broomstick. Naoto, in his genius-cryptic way, just said "objective sketching." And what he meant was, you should step away from the canvas as you're creating. It's something that is so hard to do. It's not about faster tools or working longer hours. It's really about stepping away from the canvas, looking at it, and then coming back and fixing things. So that's my trick.

What do you think is the most important quality in a designer? At the end of the day, I think it is the ability to inspire people.

What do you think is the most widespread misunderstanding about design or designers? That designers make things pretty 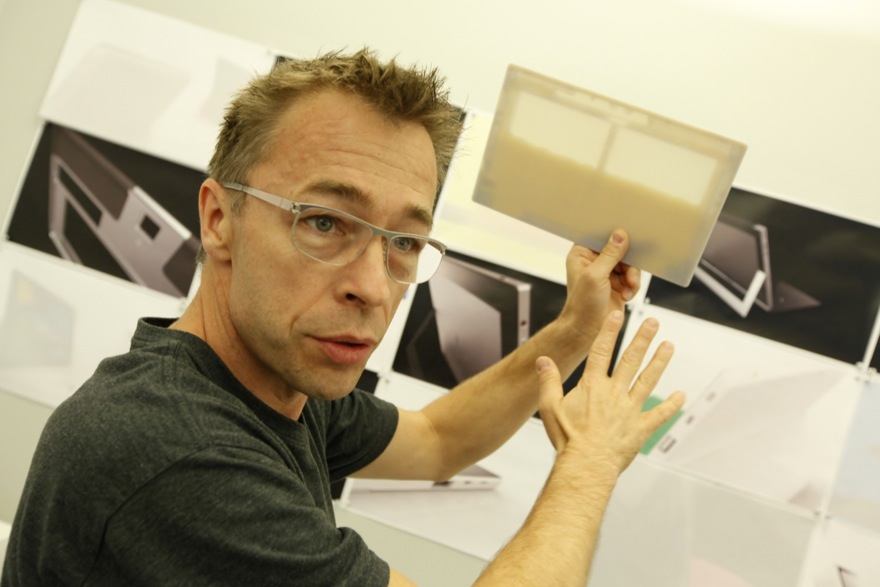 What is your most prized design possession? I'm not a collector of things; I'm not that type of person. We do have a couple of Eames Lounge Chairs and I love them for what they are.

What is exciting you in design right now? One area that is super-exciting is sensors. We have products that have accelerometers, pressure sensors, temperature sensors, GPS. They know where you are, they know how they are held, they know who touches them. So there is a whole new aspect of how a person interacts with a machine.

If you could redesign anything, what would you choose? I would love to redesign the hotel. I have this vision of designing a hotel the way the Seattle Central Library is designed.

What do you hope to be doing in ten years? My dream is, I would still do what I'm doing right now, and we will have built Surface into its next generations. I think that would be very cool.

Lastly, who is more fun to have a drink with: architects, industrial designers or graphic designers? You know, I don't care, as long as the person has a brain. I think as a designer you have to be curious about everything. It doesn't matter to me what background people have, as long as it's an interesting conversation.

Microsoft's Ralf Groene on Building the Surface Experience, Stepping Away from the Canvas, and the Joy of Fast-and-Crappy Prototypes