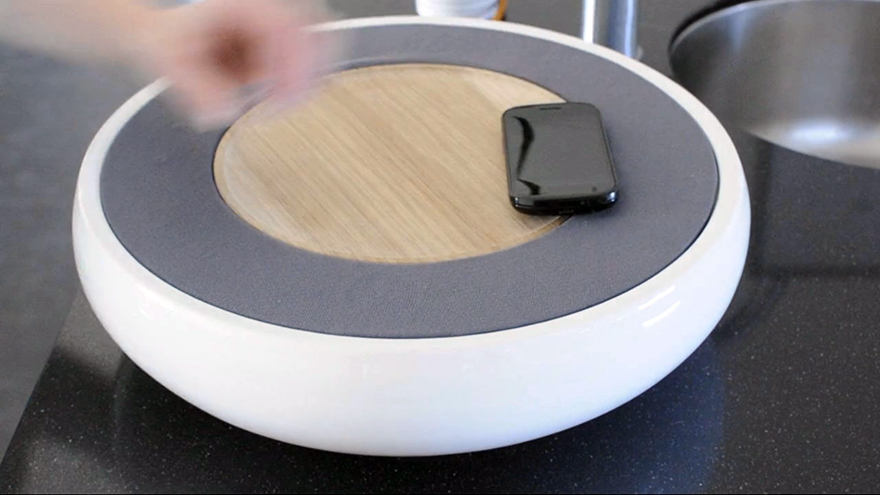 Ever since we looked into the history of Braun's audio products, I am not able to look at stereos the same way. I keep picturing Dieter Rams, Hans Gugelot, and the Ulm guys sitting at the drawing board trying to figure out what those then-new audio devices ought to look like, work like, feel like. And how they could do it all with a minimum of fuss. You look at a stereo from today and you just don't get the sense that most folks have that kind of focus and more importantly, restraint.

One guy who does, however, is Victor Johansson, who's currently going for his Masters in ID at Central St. Martins. With his Ceramic Stereo degree project that intelligently considers how we ought to use modern stereos, Johansson makes a trenchant observation that even major audio manufacturers overlook:

The observation that led to this concept comes from audio consumption and more specifically the mismatch between where content usually resides today (in smartphones) and what is being used to amplify the playback (stereos and speakers). In a typical audio-playback scenario a clash of interfaces occur. The smartphone that holds the content is connected either via an audio cable or [Bluetooth] to an amplifier. More often than not you get double volume controls, double playback controls and so on. This together with the smartphones' already existing interface duality, with some functions residing on the screen and some mapped to physical keys, makes for a complex interface system.

While I'm not entirely sold on the unadorned circular form factor—I feel it needs some kind of static visual indication of which interaction region is where, since the form has no orientation—Johansson is clearly on to something, and hope he continues to develop this concept even after his diploma's in the frame. (He'll be graduating shortly.)