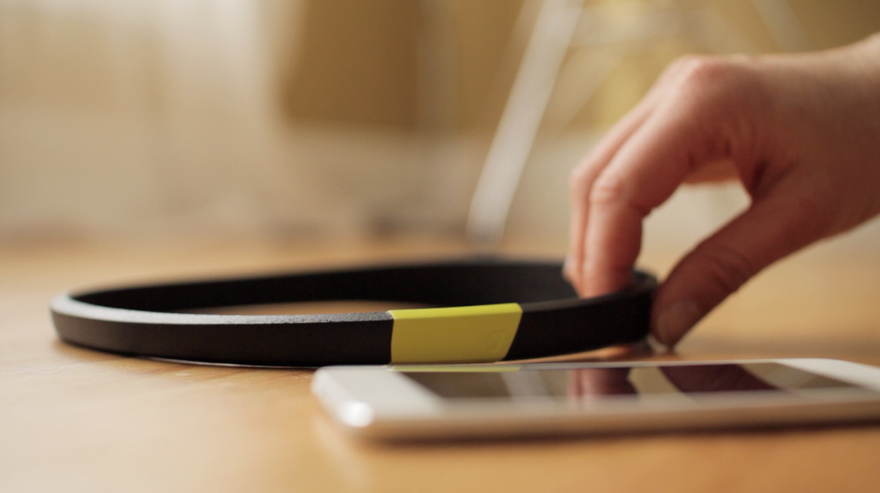 There seem to two paths to creating smart (and thusly non-cringe-worthy) life-tracking device: either design something so seamless that you barely think about it, or design hardware with enough applications that the possibilities are worth the inconvenience. Enter Melon, a headband tricked out with three metal electrodes that run across the forehead monitoring your brain activity in the pre-frontal cortex. Essentially, the headband measures the electrical activity of constantly firing neurons in your brain and puts it into a sleek mobile app so you can track your level of focus and learn about your own behavior (a little something for the Nick Feltron in all of us.) 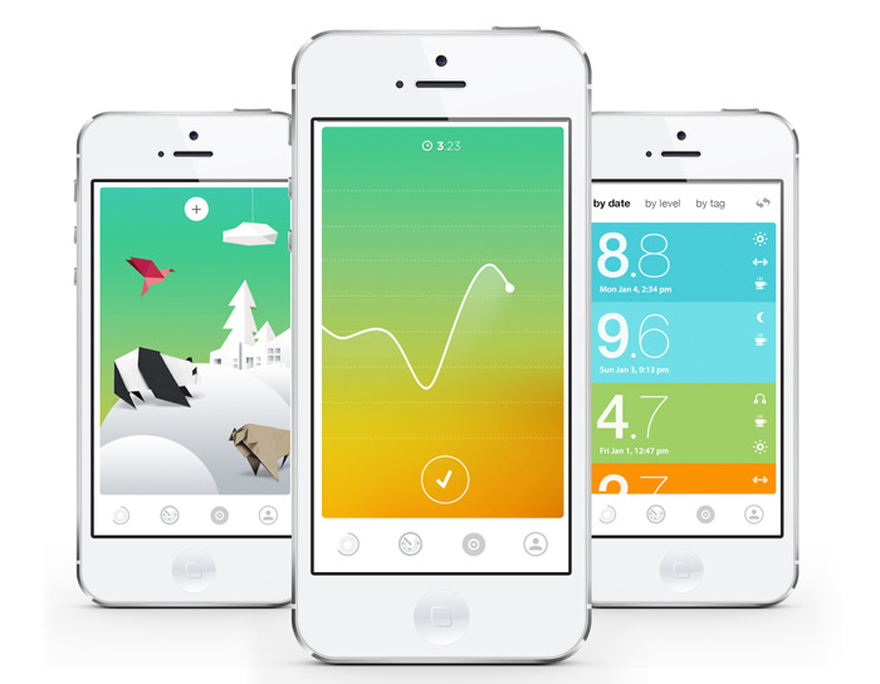 First thoughts are inevitably in the realm of "Nike Fuel Band for your head" or "what would implanted Cube Sensors be like?"—but hang on for a second. The idea that you can track focus if pretty appealing, and not for a single activity, but for whatever you actually happen to do in your daily routine. Likewise, because Melon acts as a tiny EEG monitors the possibilities for software that stretches even beyond the focus data. Shifting the conversation from 'quantified self' to 'understood self' is a good lesson for UX and product designers alike as there does exist a thin line between waking up in the morning, feeling like a bar graph and actually gaining insight into the way you live your life. 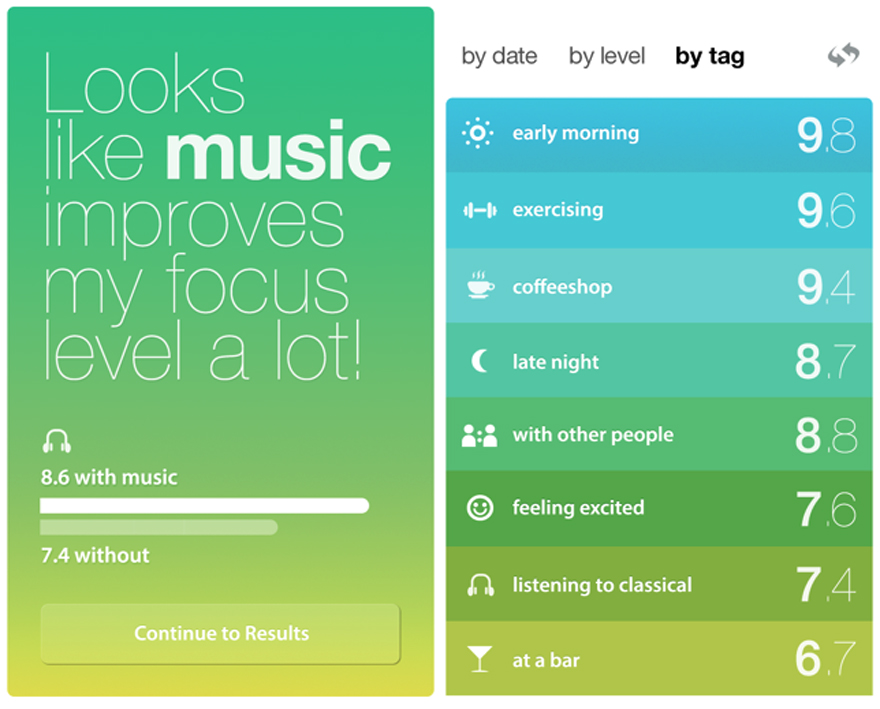 The brainchild (pun intended) of Co-Founders Laura Michelle Berman and Arye Barnehama, Melon promises the ability to "gain insight into how your mind works by tracking your focus during any activity you choose. Understand yourself. Learn differently." The headband consists of a silicone band lined with neoprene for comfort (and a USB port for charging). While all wearable self-trackers are probably going to air on the side of fashion faux pas, I would go as far as to say that the design of Melon is pretty smart for the number of activities the startup is hoping to allow its users to engage in. It will also invite significantly less mocking than, say, Google Glass for public use. 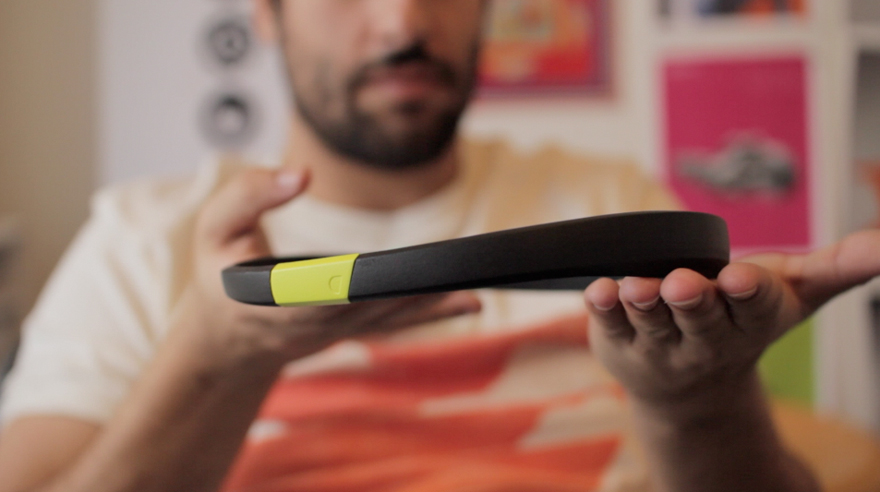 We had the chance to speak to Barnehama, who shared further insight into the design process and future of Melon.

Will the Melon team be looking to develop further software for the hardware after the initial run?

Arye Barnehama: There will be multiple apps developed around the Melon platform both by the Melon team and by developers using our SDK, which is free to backers of our Kickstarter campaign. EEG is an amazing technology with so many possible use cases that Melon alone could not possibly develop all of them. That is why we are so excited to work with the growing number of enthusiastic developers who are reaching out to the team.

What are the origins of Melon? How was the journey from prototype to kickstarter?

Melon was started by my Co-Founder, Laura Michelle Berman, and I because we believed that existing brain-imaging technology could be used to allow people to understand themselves better and to improve day-to-day life. But at the time, the design and usability of the technology did not match the potential impact it could have on users' lives. So we began designing the Melon platform, prototyping versatile hardware, to be used in everything from yoga to homework, and developing an equally versatile app, to enhance the things that people do every day.

We always knew we wanted to make a headband and the first few iterations were hand sewn, and then we iterated and moved towards the current design, aided by the convenience of 3D printing. App development was always centered around data visualization. It was obvious that raw brainwave data would not be useful to our users, and simply providing them with numerical scores would also be relatively unhelpful. So, we spent a lot of time working with different, non-numerical methods of displaying data. Eventually we landed on the gradient, and from there we developed our insight engine, to provide context and meaning to the data.

Where do you draw the line between 'Understood Self' and 'Quantified Self'?

Understood Self is all about the layer of insights on top of the numbers and scores that are emphasized in Quantified Self. Most self-tracking devices, such as the activity monitors currently out on the market, rely heavily on the user to interpret their own data and make behavioral decisions based on that. Melon's insight engine interacts primarily with the user by suggesting specific behavioral changes, both in real-time and through historical insights. I don't think there is a line drawn between Understood Self and Quantified Self, rather I think Understood Self is the natural progression of Quantified Self.

The Melon team is proud to be pushing the limits of Quantified Self and hopefully helping it evolve into something more useful and powerful in everyday life.

Does the app allow for sharing of data between friends or over social media platforms?

Brainwave and focus data are very personal. Melon's app reflects our users' desire for privacy by not allowing sharing on social media. We are about delivering personal understanding and are not about competing or displaying mental state data. Similar to what is on our website currently, Melon might visualize the sum of our users' anonymous data to let individuals explore how they fit in with the rest of our users, but again that would be about gaining personal insight.

Big thanks to Arye for chatting with us—for further updates on the Melon check them out on Kickstarter or their website. For any software developers out there, I would love to see Melon make a special first-date edition that glows when you drift off over boring small talk—or for design school presentations with rambling guest critics...