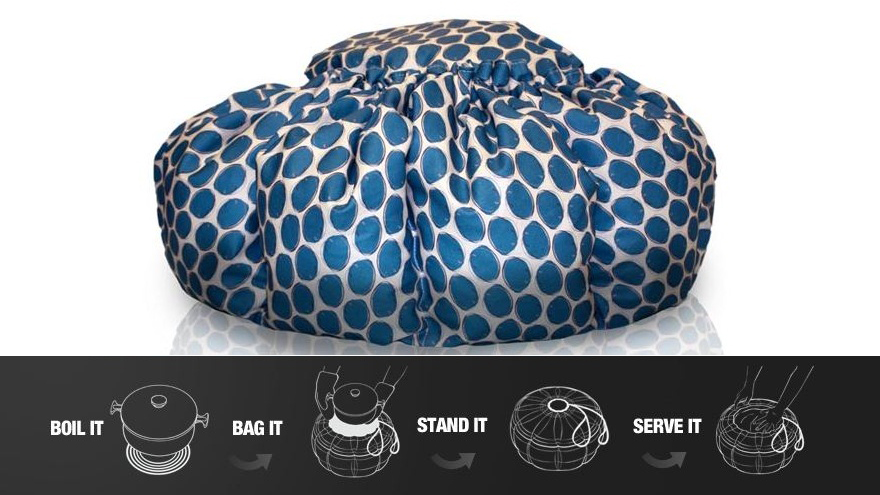 For those of us living in the developed world, the simple act of cooking doesn't require much: You turn on the stove, and leave it on for as long as it takes to cook whatever you're preparing. But for those in developing nations, simply leaving a pot of anything on the boil can lead to disasters both ecological and humanitarian.

In developing countries, the basic need to feed a family has huge challenges: Staple diets require long cooking times, yet there is little access to energy and water. Lack of clean fuel means using charcoal or tree-wood for cooking. Cooking over a charcoal or wood fire means smoke inhalation. Little income to afford charcoal means cutting down trees. Cutting down trees results in deforestation as communities quickly use the tree wood around them, digging up the roots when desperate. Deforestation leads to foraging further afield, which is done by women and also girls, often taken out of school. Foraging as far as 5-10 km per day leaves women open to violence. Poverty will not end if girls don't have time for school, women spend 4-6 hours of their day cooking, and the environment is ravaged.To solve this problem, South-Africa-based entrepreneur Sarah Collins and social activist Moshy Mathe came up with the Wonderbag. By filling a polycotton bag with recycled polystyrene beads, the duo have created an object that can be safely draped around a pot that has just been brought to boil. The Wonderbag then keeps the pot and its contents hot for hours, without the original heating source.

To give you an idea of the fuel and energy this can save, a pot of water can be brought two boil in just two minutes; the Wonderbag can then keep that pot hot for another hour, during which time rice can be cooked without requiring another hour's worth of fuel-burning. And unlike a solar cooker, the Wonderbag can cook meals in darkness.

Since being formed in 2011, Wonderbag has distributed some 600,000 units in South Africa, and sold a further 4,500 in the UK. "With the help of our partners, we're on a mission to see 100 million Wonderbags in homes around the world, saving more than 100 million tonnes of carbon over the life of those bags," says Collins. "That's equivalent to over 200 million people avoiding long-haul flights."