Why is Dubai Assembling a Supercar Police Fleet? 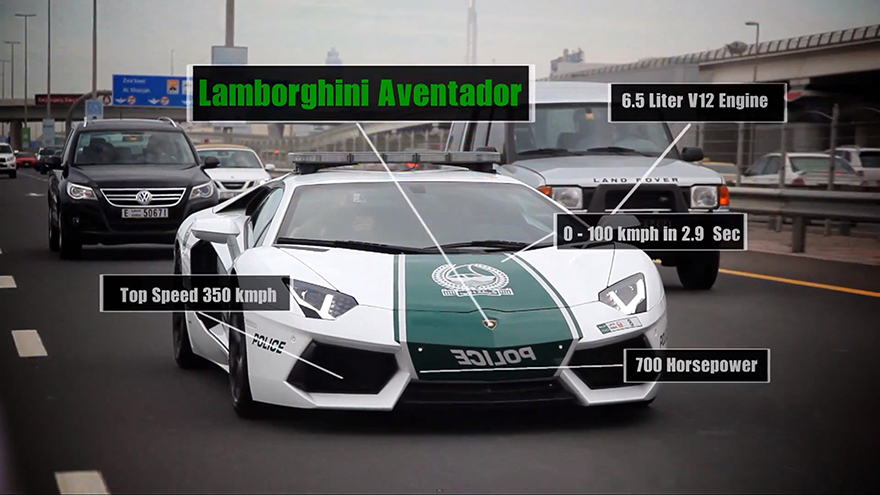 When an Italian police force was given two Lamborghini Gallardos in the mid-2000s, there was at least some pretext: The Polizia Stradale were to respond to emergencies along the lengthy Salerno-Reggio Calabria freeway, and the cars were kitted out with organ transplant coolers in the luggage compartment. To date I've never read of them actually ferrying kidneys from Salerno to Reggio Calabria, but it sure made for some great ink.

Dubai Police got the same ink, but made no such claims when they pulled the sheets off of a Lamborghini Aventador done up in their green and white livery. And that car quickly acquired stablemates: Next came a Ferrari FF (to be driven by the female officers only, not sure why), a Mercedes SLS AMG, a Bentley Continental GT, and the absurdly exclusive Aston Martin One-77. 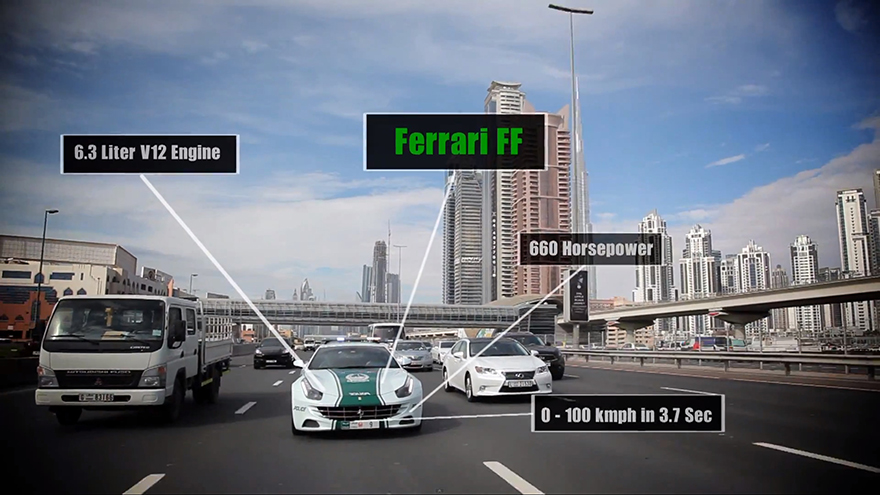 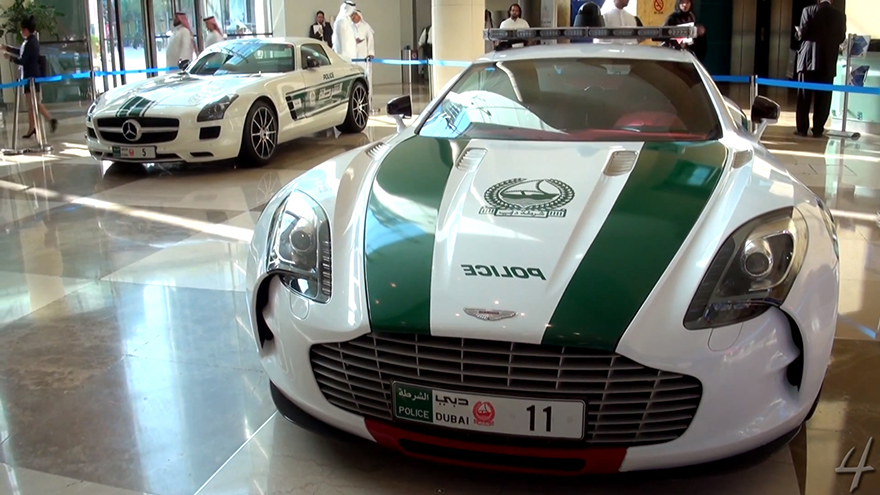 That was followed by the relatively pedestrian Chevrolet Camaro SS, a BMW M6 and a Ford Mustang. But Dubai PD quickly regained their composure, subsequently ordering up a Bugatti Veyron, the world's fastest production car. 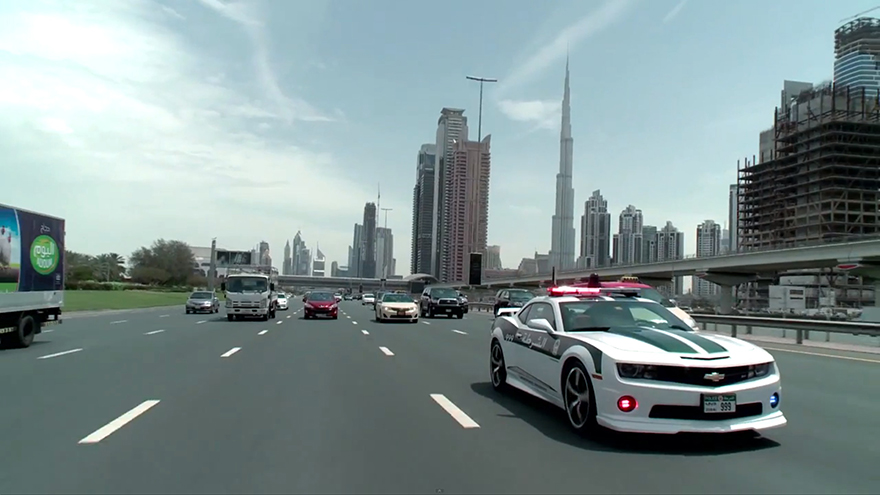 The obvious question is, why? To fight crime in style? Catch speeders? Gain Twitter followers? Police Chief Dhahi Khalfan Tamim has made a habit of announcing new supercar acquisitions by tweeting them, and he currently has 438,643 followers. (For contrast's sake, the NYPD Twitter feed has just 64,000, in a city four times as populous as Dubai.) In fact Tamim was so eager to share news of the Veyron that before it was ready, he tweeted this Photoshopped image of the car done up with the paint job.

One thing that wasn't 'shopped in was a prisoner cage because, like many of its stablemates, the Veyron has no back seat in which to haul prisoners. You don't have to be a detective to see that these cars don't have much utility for crime-fighting—even for catching speeders. Years ago I knew a State Trooper who used to say "You don't get caught by Ford and Chevy as much as you get caught by Motorola." 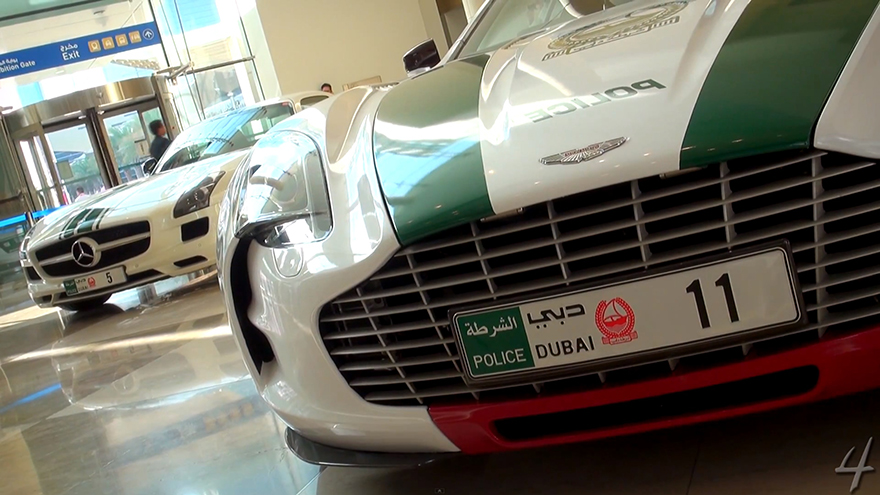 The answer as to why Dubai is doing this is probably a cocktail of some of the reasons we all think--"Because they can," "For the same reason they built the Burj," "For the image," "For the prestige"—as well as this tidbit: Dubai is gunning to host Expo 2020, bringing that world exposition to the Middle East for the first time, and the publicity of having a supercar police fleet is thought to give them a shiny, exotic and positive vibe.

Whatever the case, their acquisitions have certainly generated a stir in the car blog community. But everyone is merely focused on how fast the cars are: More impressive is how fast their bureaucracy is. I'm told that in NYC, it takes forever for police to acquire new equipment because of the paperwork and red tape. Dubai, in contrast, starting building their supercar fleet just last month!

Here's some footage of the Lambo, the Ferrari and the Camaro:

And the Camaro pulling over a speeder, though the footage looks pretty cooked.

Why is Dubai Assembling a Supercar Police Fleet?