When It Rains, It Pours: The Musguard Is Yet Another Minimal Bike Fender 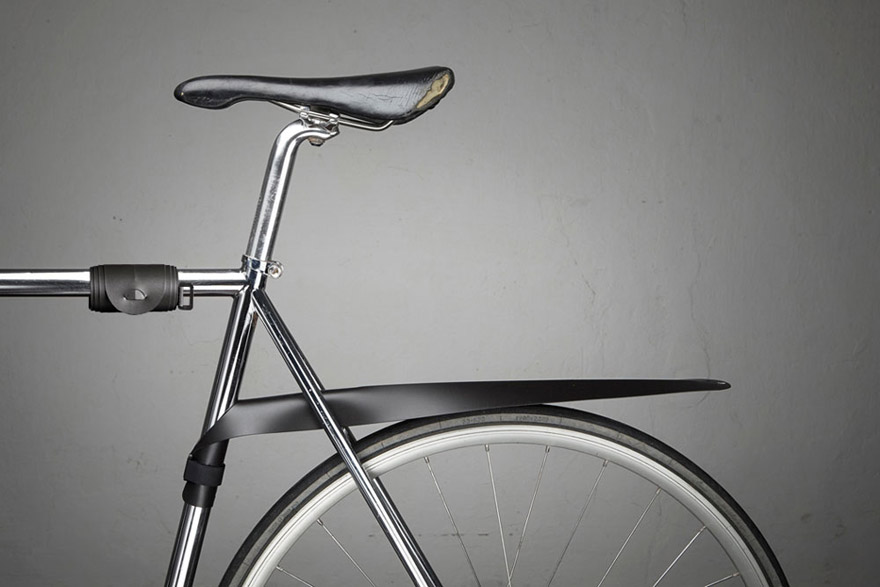 At this rate, bicycle mudguards are the new iPhone cases: it seems like every other bike-obsessed industrial designer is looking to develop an ultraminimal solution to the problem of protecting one's back from the grit and grime of the streets. The now-on-Kickstarter Musguard splits the difference between Windsor detachable fenders and the recently-seen Plume. It's a blade-like strip of polypropylene that is affixed to one's seat tube with a velcro strap, fixed in place at the seatstay bridge such that it sits almost directly above the rear wheel. 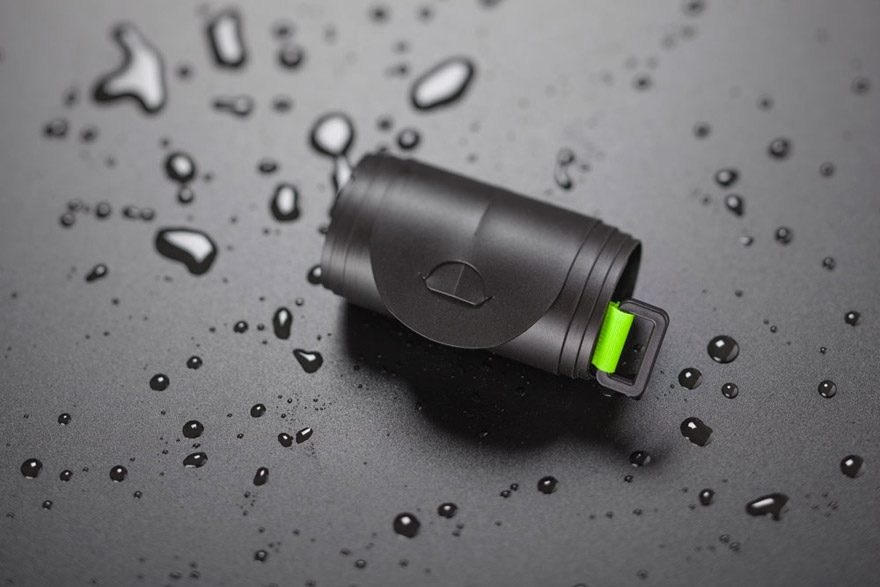 The slick (pun intended) video showcases the product on what I conjecture to be the mean streets of Ljubljana, as well as shots of designer Jurij Lozic's studio and glamour shots of fixed-gear riders (in fact, one of the bikes is available as a KS reward). The Musguard itself is produced locally in Slovenia, and is not only removable and rollable but also recyclable as well:

As expected, there was a bit of backlash (backsplash?) in the comments about Plume, and the fellas behind the (currently active) Kickstarter project have since posted a video of a spray test. Having used only the Rain Tail myself, I can attest to the fact that it's effective in light drizzle and for rain-slicked roads (i.e. following a downpour), but not so much in moderate to heavy precipitation. But my back is typically the least of my problems in those situations: I find that the front wheel and drivetrain also kick up a lot of dirt and detritus, and my main problem with riding in adverse weather conditions is the fact that my shoes get completely soaked.

Perhaps the most interesting solution that I've come across is the winner of the student category of the Oregon Manifest. The team from the University of Oregon developed a retractable fender system in which a pair of wire guides unfurl the strip of vinyl behind each wheel. (other photos show what it looks like in the retracted state). Considering the amount of hardware involved, one would still be better off with full fenders, but the prototype certainly presented an interesting approach to a discreet solution. 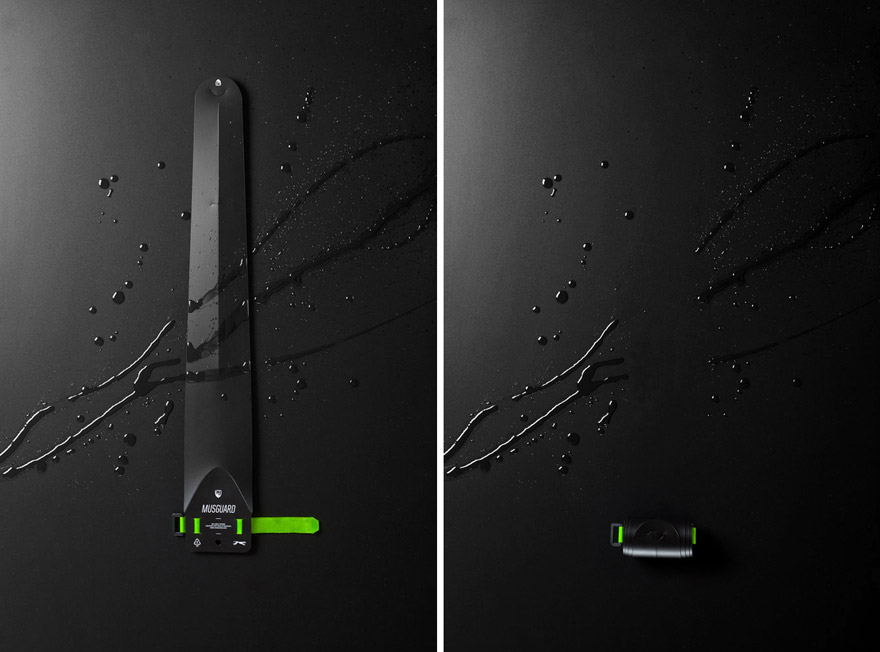 In any case, Musguard is looking to reinvest some of their Kickstarter funding in developing a matching front fender, which I imagine will be fitted to the downtube. They surpassed the $10,000 funding goal within just a few days of launching their campaign about two weeks ago, and I, for one, will be staying tuned for updates on new products... (I'd also like to see a version that uses a hook or hasp, as in any number of removable bicycle lights...)

When It Rains, It Pours: The Musguard Is Yet Another Minimal Bike Fender