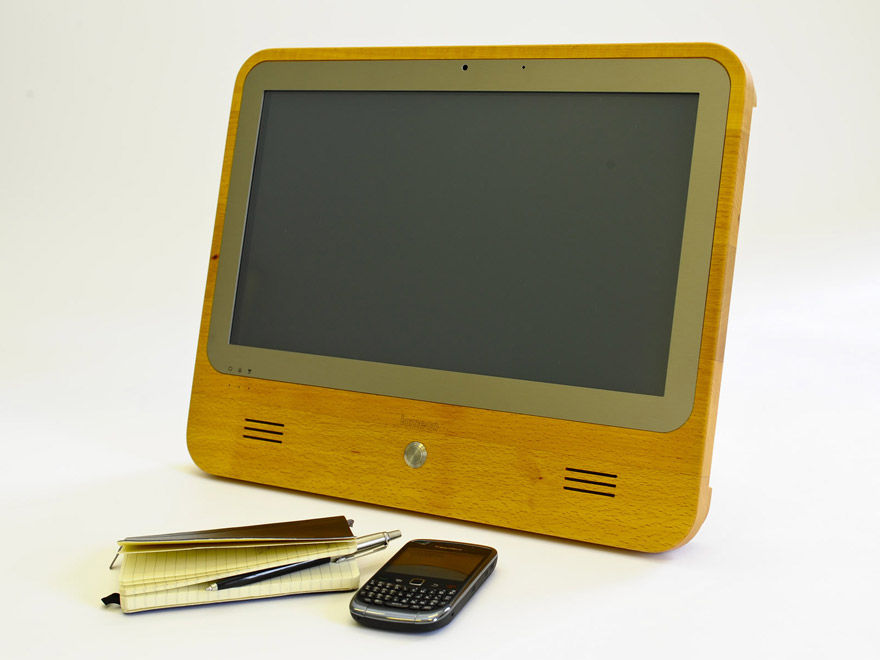 I recently met Colin Fitzpatrick at the International Symposium on Sustainable Systems and Technologies, where he spoke about the IAMECO (pictured above), a product service system that he and his research group worked on with an Irish SME, MicroPro Computers. Colin is at MIT this summer, researching "Conflict Minerals," which are the raw materials used in electronics that come from the war torn Democratic Republic of the Congo. Needless to say, he's doing great work in the area of sustainable electronics. And lucky for us, he had some time to chat about his work and where he thinks all of this is going in the near future.

Xanthe Matychak: So, tell us about yourself. Who are you and what you do?

Colin Fitzpatrick: I'm a lecturer in electronic computer engineering at the University of Limerick in Ireland and I've been working in the "Electronics and the Environment" area since about 2004. I teach a course at Limerick called "Electronics and the Environment," and I lead a medium-sized research group there on the topic. We look at anything to do with technology and sustainability. Product design, energy, smart grids, you name it. We go where the opportunities take us in that whole space.

When I heard you speak at ISSST, you shared a project that you and your students worked on with MicroPro Computers, the IAMECO.

Right. To be clear, MicroPro is their brand and we worked as consultants. They had an ambition that they really wanted to have a credible environmentally friendly product, not a greenwash sort of fashion. So we helped them make sure they didn't leave anything out, any bits and pieces along the way. We helped them consider the whole life-cycle of the product, as much as a SME (Small-Mid Sized Enterprise) can do so. We sat down and said that it isn't just the product but the product-service system that is important. The partnership worked for a couple of reasons. Paul Maher, from MicroPro, is just a really good guy and is interested in the environment. Also, his business has evolved over the years as has anyone's business in the tech sector—it's constantly evolving. Paul has spent a lot of time and generated a lot of income from fixing stuff. So he knows exactly how to make things after fixing stuff for twenty years. To explain these sorts of principals to him, like about design-for-disassembly, we say, "It's like teaching your Granny how to suck eggs." (laughs) He knows this. We didn't have to explain it because he's been the one who has had to disassemble stuff and know about components and how to get new components for years, so, this was just second nature to him.

Right. So tell me about the role of Emotionally Durable Design in developing this product-service system with MicroPro Computers.

The concept of Emotionally Durable Design is that you should like something sufficiently well so that you want to keep it and maintain it. Kind of like how people are with old bicycles, how they want to keep them going. Like "vintage" is considered a selling point for these things. So could you make something that would distinguish itself from your typical black plastic or metal or silver generic product. So we used wood which was attractive for a couple of reasons. One is that it's very easy to prototype with wood. If you're not going to do very large volume runs, you know, you can get a few pieces made. To do that in any other material is extraordinarily expensive. And actually the first ones that he did, he got timber from a golf course close to his shop—a tree had blown over in a storm. And he actually got the timber from that. So we got to create a story around that like, "This is the wood that was on, you know, the fourth hole." (Laughs) 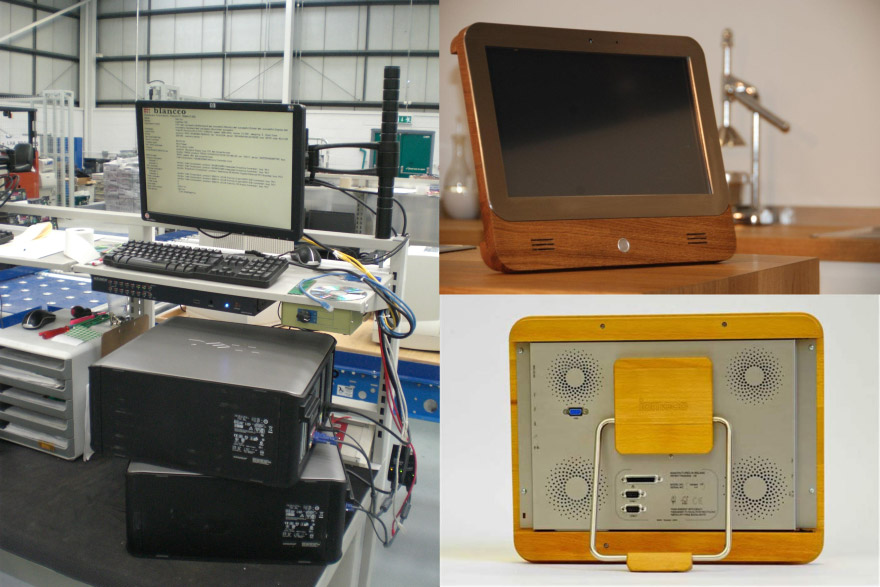 So another reason we used wood is that wood is intrinsically carbon neutral and projects the green image, like treehugging. The tree represents the earth itself. It allows people to make a connection. People make connections with wood. Like to a place you can point to and say, "That's wood from the tree that was there." He did another few prototypes in ash. And ash is culturally significant in Ireland as well because, well, you don't know Irish Hurling, do you?

It's a game, you know, and the sticks are made from ash. So again, you're making that connection that somebody might appreciate something that's made out of ash. The idea is that you make something that is physically appealing. It's a funny thing. You know, when people see the IAMECO, they pick it up and they smell it. They don't do that with most stuff.

Right (laughing). So do you think that SMEs, like MicroPro, are uniquely positioned to do this kind of work?

Well, not uniquely. But they can do this sort of work and they can make a contribution. Because you can get a sense of helplessness that the big guys are doing everything and we can't influence anything. You know, part of what we set out to show is that a lot of this stuff is very doable. I mean, the things that the SMEs can't do, like, they really have to work with off-the-shelf components like screens and motherboards and processors and all that. They can't pick up the phone and speak to Intel and say, "We need it to be a little bit more like this and a little bit less like that." So that's a constraint. All OEMs (Original Equipment Manufacturers) are doing is snapping together parts in different ways. It's actually all the same stuff under the hood.

So it's the way you actually put it together and the service you deliver around it, that's where the environmental benefit or the potential environmental gain comes from. You make it easy so that either they themselves can upgrade it with the processor or the memory or you offer a service that you can do that for them. Same with take-back. Same with all of those things. So make sure you're building the relationship with them. Make sure they know that you're available to do these sorts of things to extend the lifetime and possibly get it into a second life time.

Yeah, I think the "service-systems" is where there's a lot of space to move forward. I mean, your typical piece of electronics is going to last a very, very long time. You know you think about the electronics that are made for an automobile. They can be made to last fifteen or twenty years. There's nothing innovative about making something that functions perfectly well for twenty years. But it's the service around it. You know, moving away from ownership-based models to lease-based models and shifting the incentives.

I think the cloud is an exciting development in terms of sustainability and electronics because what you're really doing is, once you give the product over to somebody, you're creating the problem of how to get it back and how to disassemble it and all those sort of things.

Whereas if you keep the computing power and the processing power in the cloud and just give somebody something that's very lightweight—When I say lightweight I mean just like a portal to which you're concentrating your minerals, you're concentrating your embodied water, your embodied energy, all those things in the data center. When it's in sufficiently large critical mass, then it can be managed more effectively. 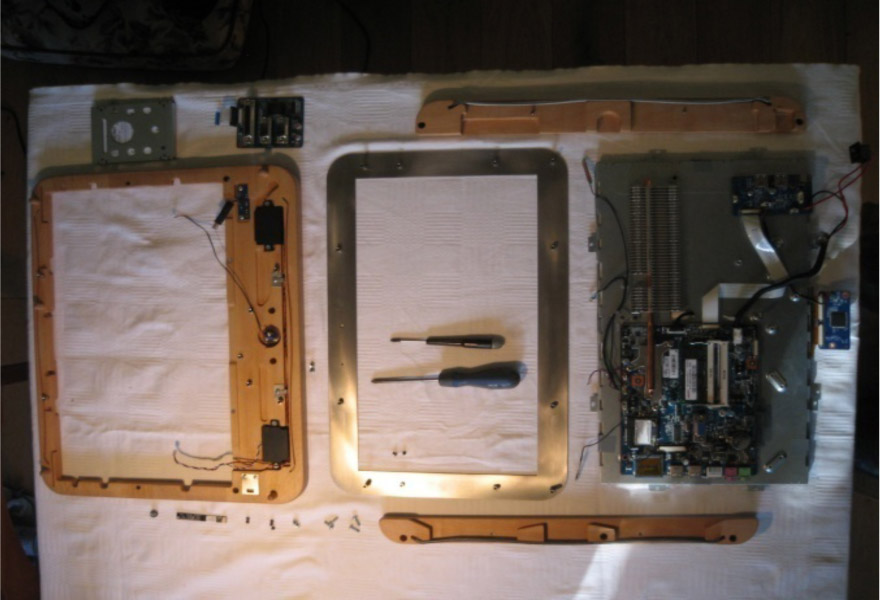 Cool. Do you see something like the maker movement playing a role in helping people become more invested in products that can be repaired?

Like iFixit? Yes, that's a great resource. And I don't know about here, but in Ireland, electronics repair shops are just everywhere now. There are dozens of them in medium sized towns. You know, "Get your iPhone screen fixed. Get your iPad screen fixed." They are absolutely everywhere. You can't throw a stone without hitting one. In Ireland anyway and a lot of places in Europe. And that's a whole network or an emergent sector that can have a very big role to play.

So, what advice would you have for someone who is ready to do this work but just needs a push or word of encouragement?

My whole approach to it is that there are fundamental forces that are pushing this industry. Between resources, energy, climate change, waste. That these things are no longer, this isn't going to be sustainable design in five or ten years time. This is just going to be design. So, it's just good design. It's not an alternative thing. It's going to become very, very mainstream. It's about creating value when market forces have told you that this disposable type of electronics no longer makes sense on the balance sheet.