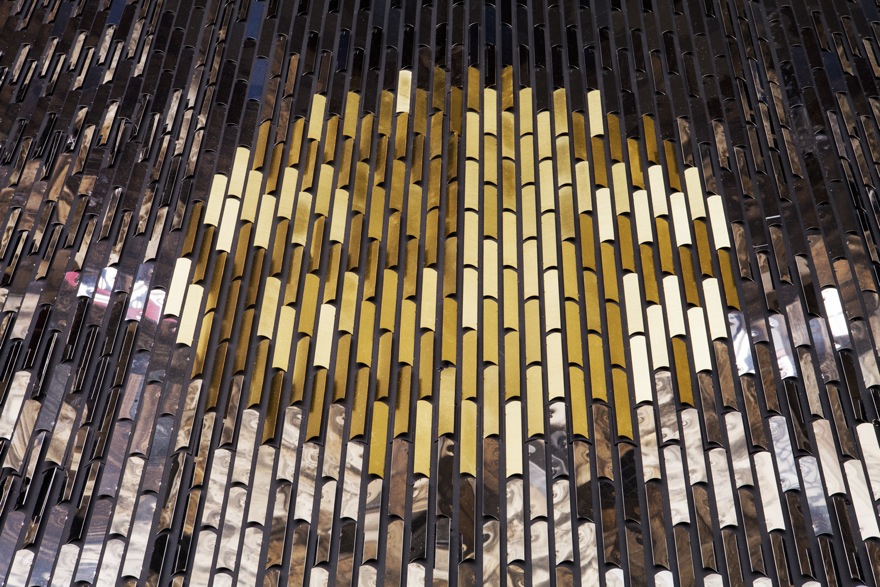 An embrace of the low res is popping up in more than just "deal with it" memes. In sculpture, architecture and interiors, designers are taking on projects square by square. The results are purposefully pixelated. 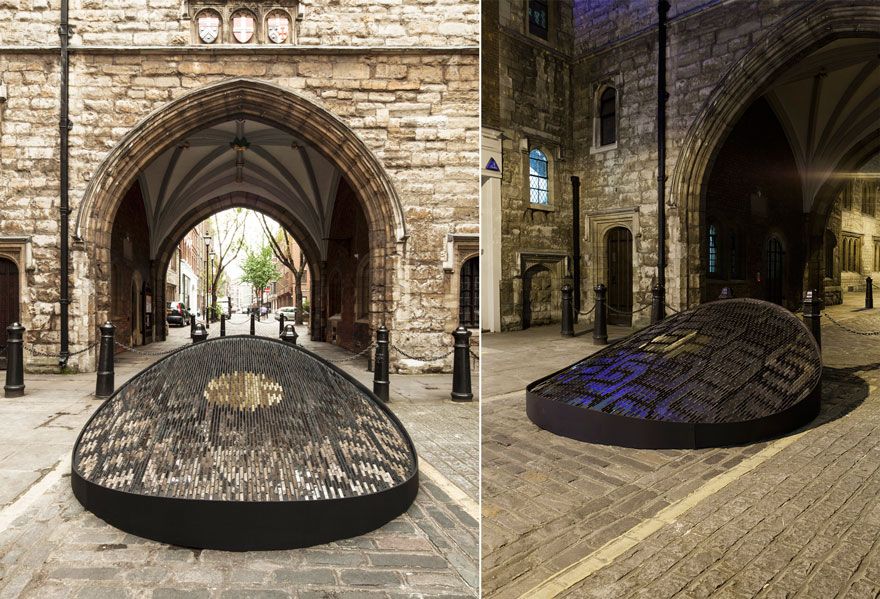 Giles Miller Studio required 2,433 pieces of curved stainless steel and etched brass to construct the large reflective disk currently on display in London for Clerkenwell Design Week. As the outdoor light changes, so do the lines of rectangles, which reveal new patterns at different times of day. The installation, called Heart of Architecture, is a brighter take on a project the studio built last year for the event—a similarly styled archway made up of 20,000 wooden hexagons. 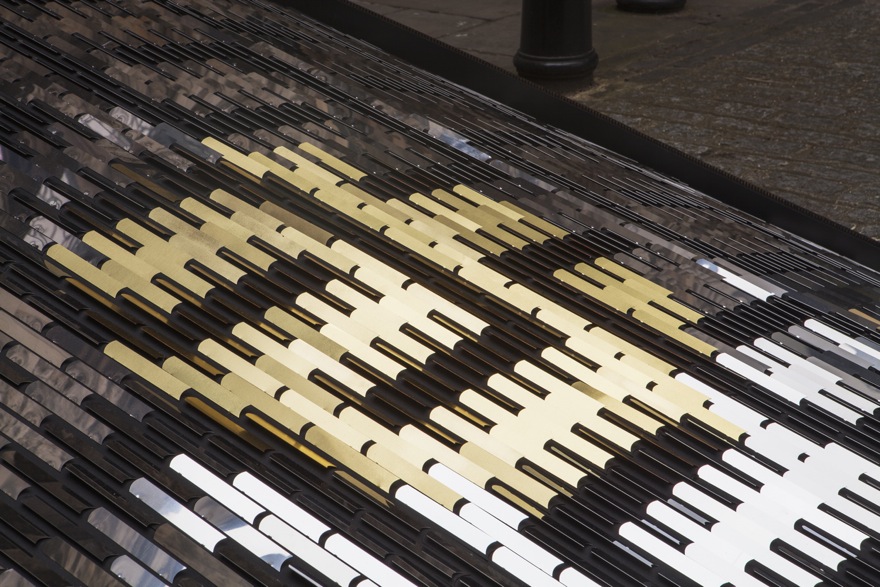 The architects Miguel Arraiz and David Moreno Terrón of the firms Bipolaire + Partners and Pink Intruder, respectively, designed a tree-height corrugated cardboard pavilion for Valencia, Spain's annual Fallas Festival. From the ground, the installation looked like a collection of floating Lincoln Logs, inviting passersby to venture inside. But from above, the length in the individual pieces disappeared, and the boxes became three-dimensional waves of variably shaded hexagons. (The effect was fleeting—at the end of each Fallas, all of the festival's street art is burned to the ground.) 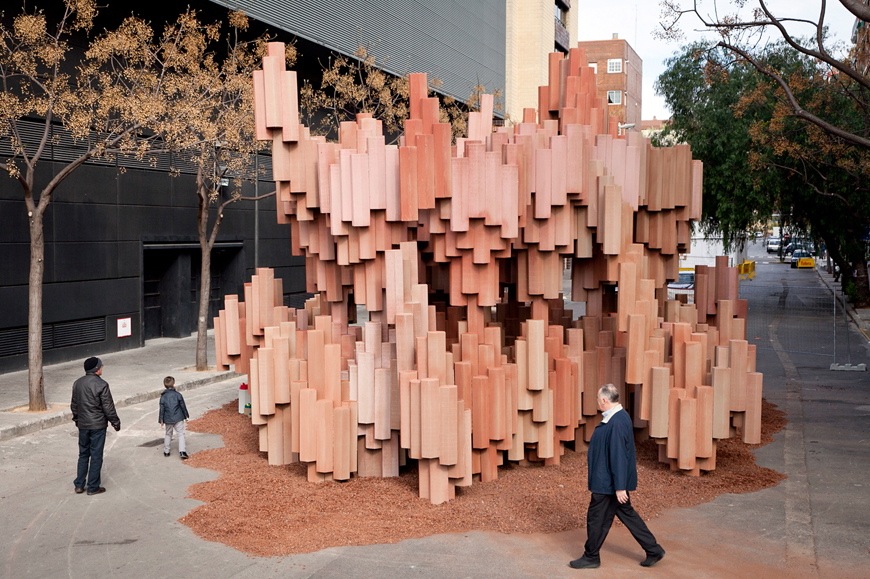 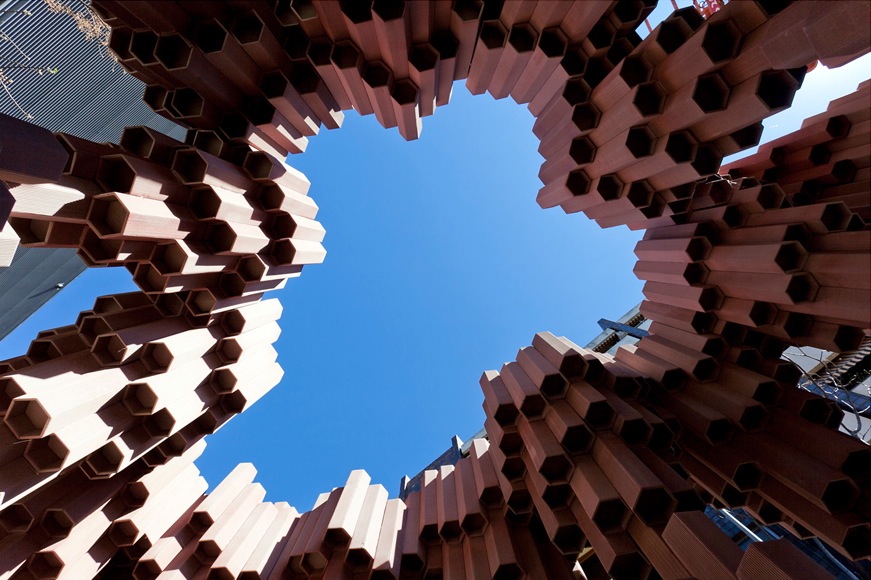 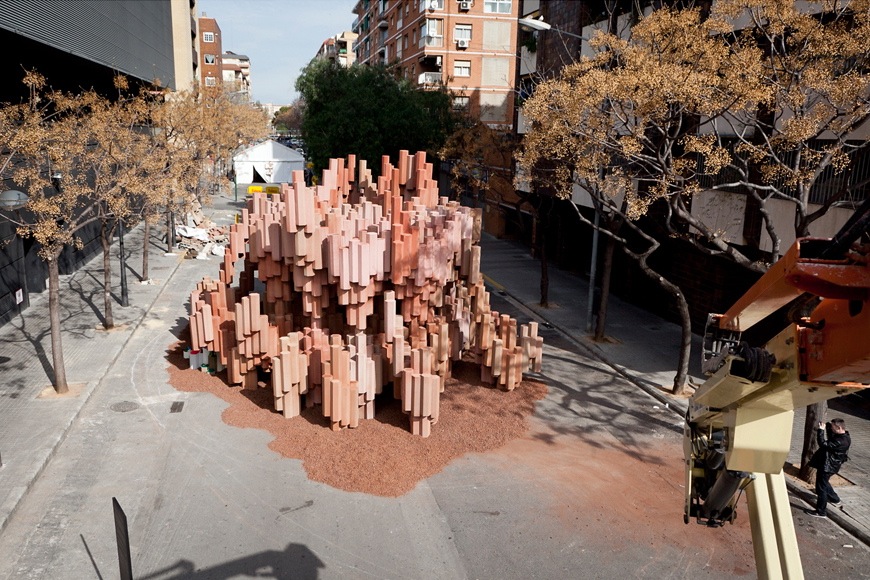 Kim Johnson is a master of reuse. The soon-to-be Tennessee-based designer has fashioned a line of fabrics from her illustrations, turning the designs (which include a pixelated pastel swirl) into appealing pillow covers, which she sells on Etsy. 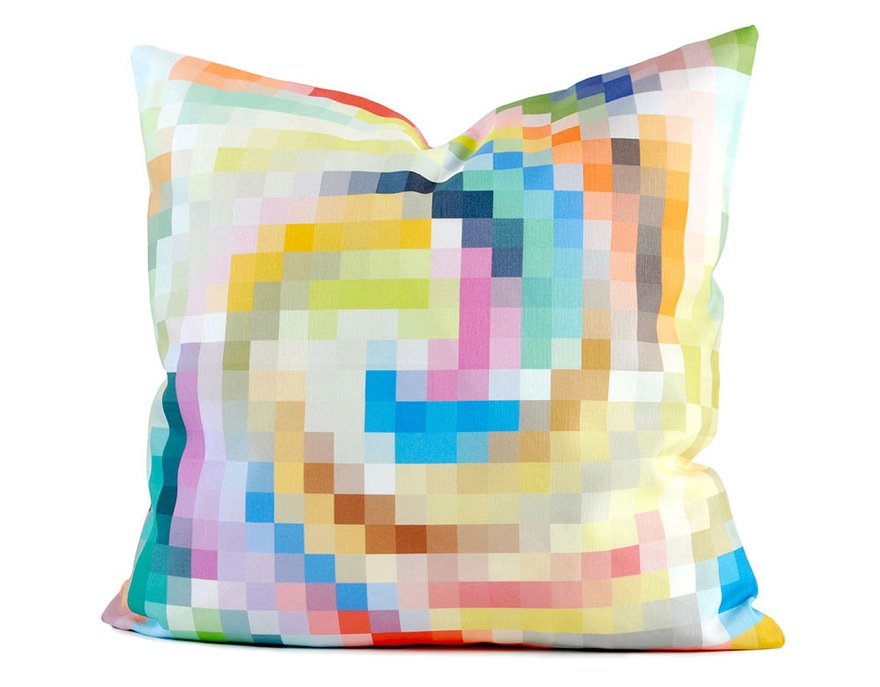 The latest in a progression of Roccapina chairs by Ian Spencer and Cairn Young, made with vertically positioned strips of color-graded hardwood, appeared at the recent Collective Design Fair in New York City. Although the result looks pixelated, Spencer has said that the inspiration was not low-res GIFs but "ideas of how the scientific understandings of chaos exists within nature." 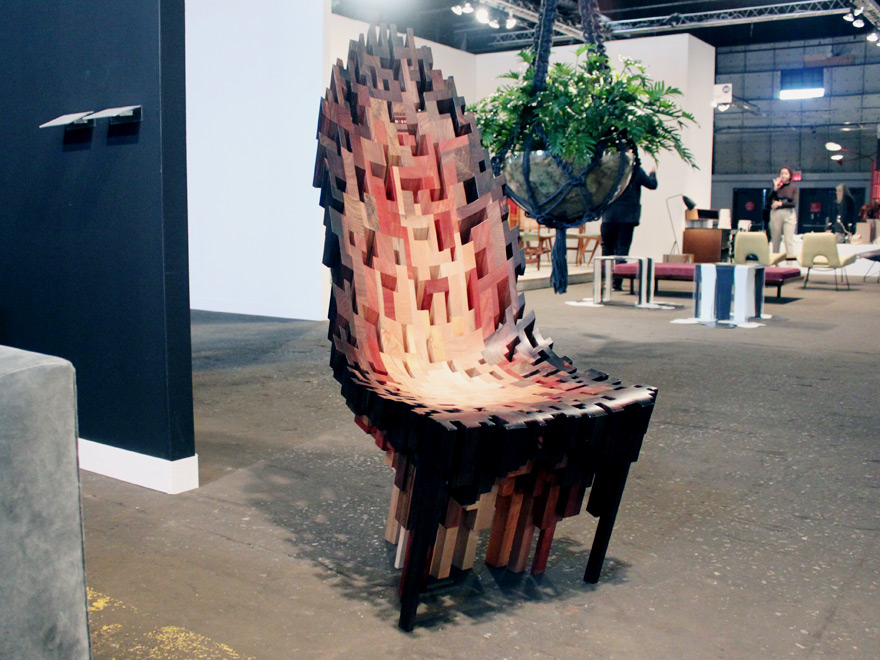 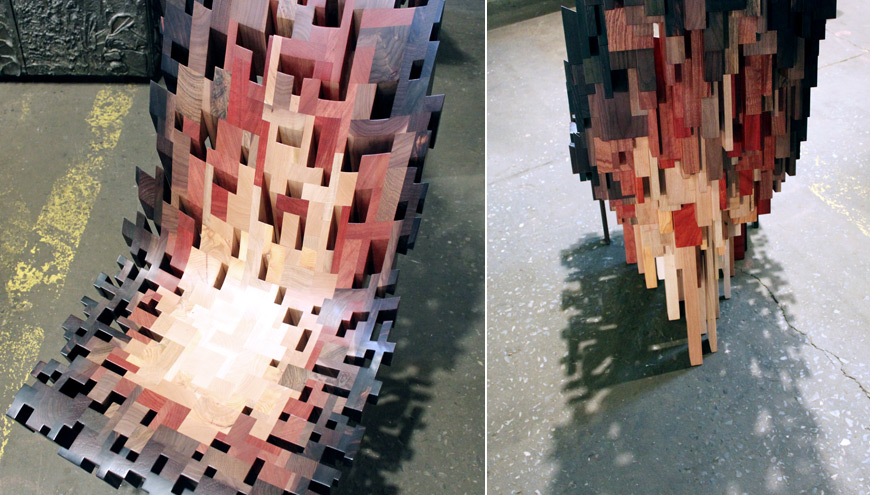 How many pixels (aka bricks) does it take to enclose a 1,200-square-foot space? For a South Korean home fit for a family of four, the firms Slade Architecutre and Mass Studies required a mere 9,675. Even though the Pixel House's exterior is faintly digital, the curved ceilings and large windows make for a decidedly warm interior. 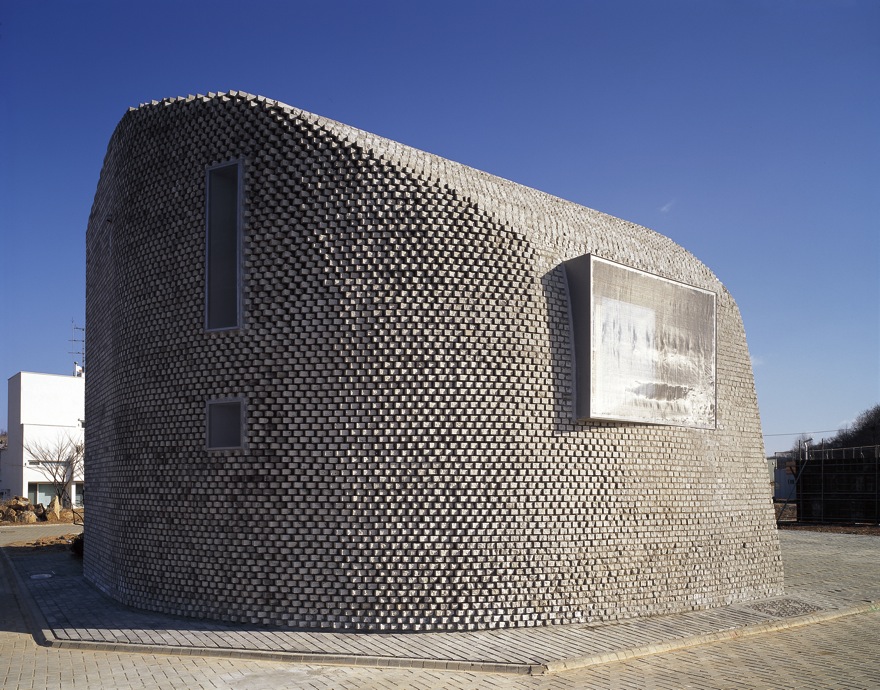 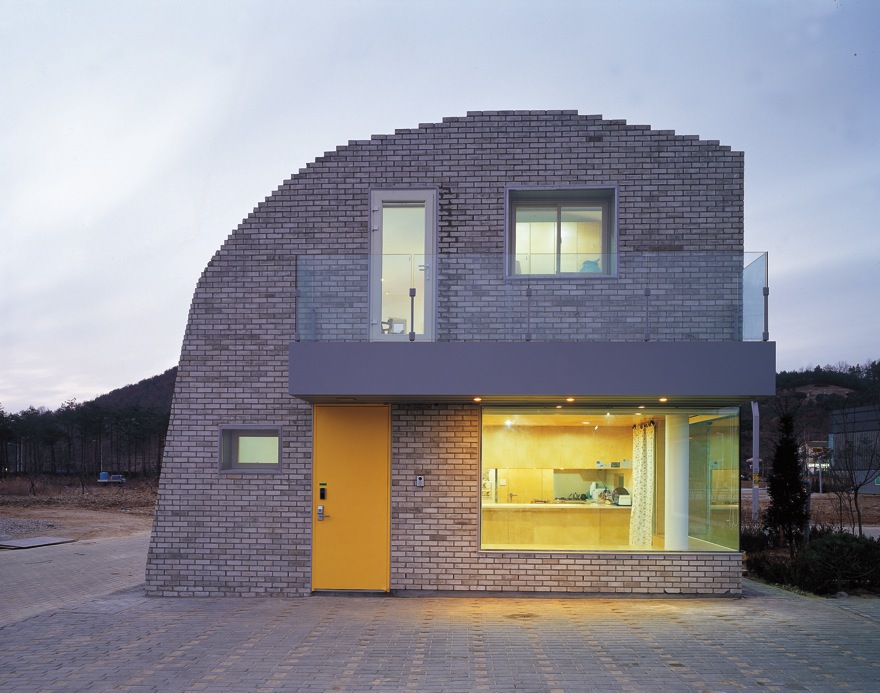 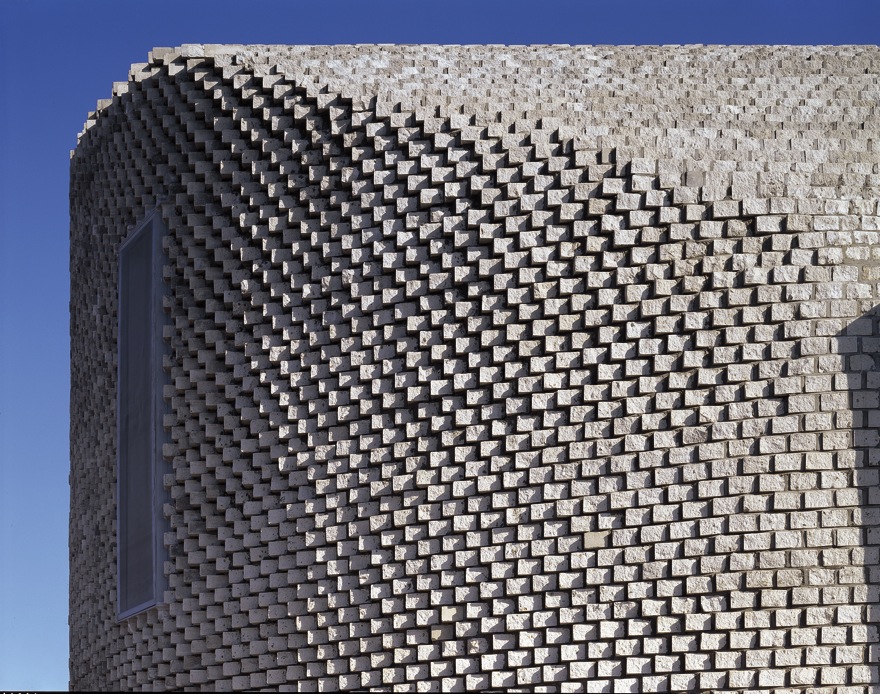 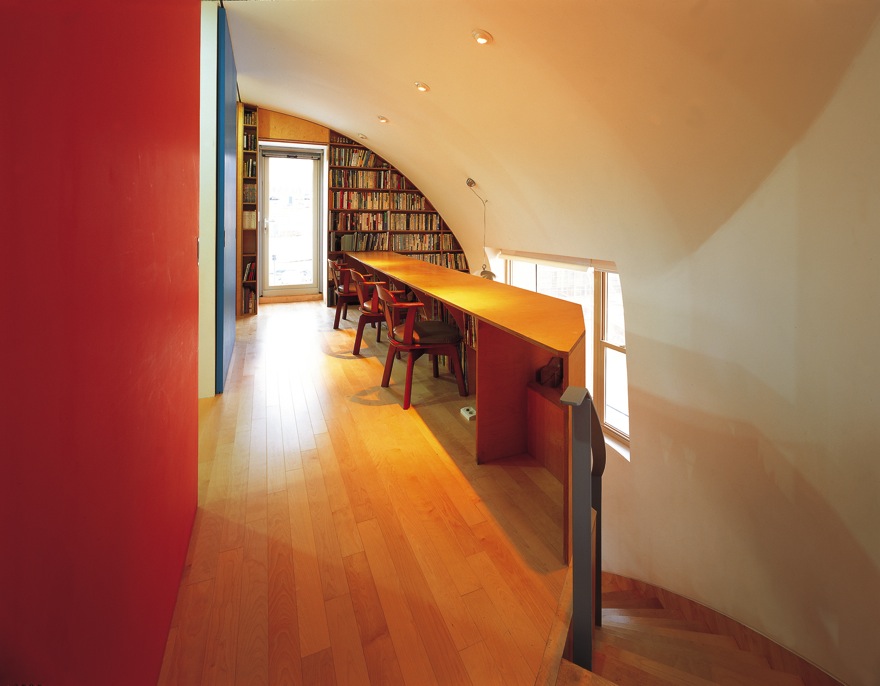