This is the first profile in a new series on American design entrepreneurs, looking at how they got where they are, what they do all day, and what advice they have for other designers running their own businesses. We'll have a new profile every Monday.

To understand the design philosophy of the Eindhoven-based American designer Max Lipsey, watch the making-of video for his latest project, the Temper Chair. Lipsey begins by welding steel to form a clean-lined seat with a curved back. The welds are barely buffed, allowing the bulbous seams to speak of the production process. The chair is then suspended inside an oven where high temperatures unleash the metal's hidden hues. "Steel has within it these striking colors from straw yellow to red to deep blue, and I thought it made sense to let the color palette come from the material," Lipsey says.

This is typical of Lipsey's intuitive design approach, and it was this respect for raw materials and elemental production techniques that first led him to pursue design in Eindhoven. Born in California and raised in Colorado, the 29-year old received a B.A. from New York University in 2005 before entering the renowned Design Academy Eindhoven. The work of Dutch designers like Maarten Baas drew him to the Netherlands. "[Baas's] Smoke series, where he burned furniture, really blew my mind in terms of how an object could have a sense of wry humor, be a little tongue-in-cheek, but also be poetic and very expressive," Lipsey says.

After graduation, Lipsey went on to work with designers like Baas while simultaneously launching his own studio, Atelier Max Lipsey, in 2008. Today, he splits his time between designing and producing his own products (chairs are a favorite), freelancing for other designers, and taking on skilled work like welding. Developing this kind of practical skill is something Lipsey recommends for every young designer. "Coming out of school, I didn't learn any practical skills per se. Those were all things that I had to learn on my own," he says. "Learning to weld has allowed me to produce my work on a professional level and I can pick up welding projects when things are slow."

The affordable cost of living in Eindhoven also helps Lipsey maintain his business, which is part of why he stayed there after school. He says he is challenged and satisfied with how things are going, even though most years he only breaks even. "Breaking even can be great. If after investing in new work, paying for materials, new machines, workshop costs, as well as feeding myself, paying rent, and traveling a bit around Europe, I come out at zero, I consider that to be somehow a success. There is still value at the end of that cycle, if only the education along the way," he says. "That said, I am currently doing my best not to just break even . . . it has been going better each successive year." 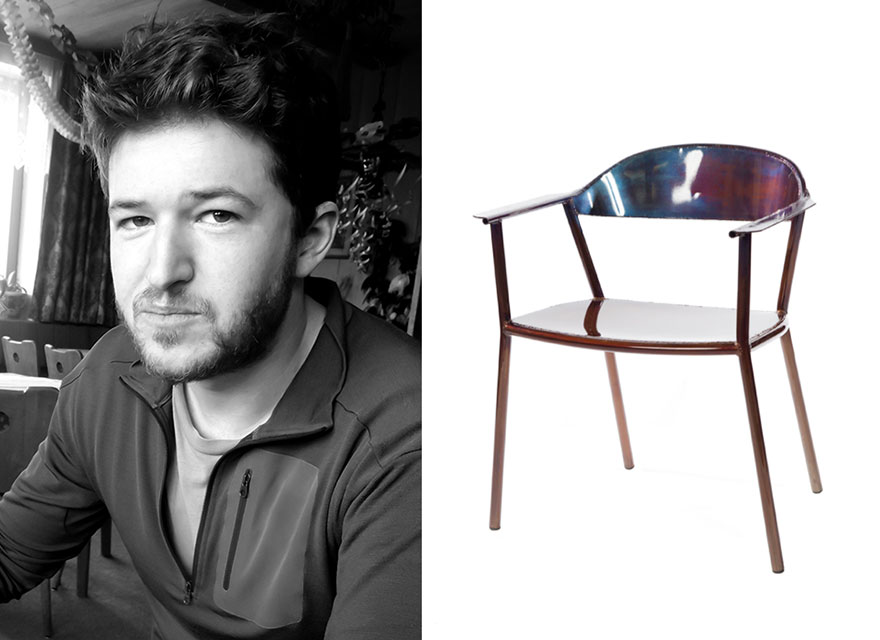 Lipsey is a one-man studio for the most part, and an average workday consists of eight to ten hours in his atelier followed by sketching or brainstorming in the evening. "That might happen in front of the TV, but basically, all of my downtime consists of thinking or doing something about my work," he says. His daytime hours are divided roughly in half between designing and handling the administrative work of running a business, like emailing, taxes, and marketing. In the studio, Lipsey purposefully placed his computer on a skinny high desk so that he must perch on a barstool to type. "It's not very comfortable and after an hour I'm like, 'Oh shit, I need to get up and walk around.' It's easy to get stuck behind the computer all day."

In five years of running his own business, Lipsey's biggest takeaway is being realistic about the cost associated with creating personal projects. "Experiments and developing new ideas cost a lot of money, so it's smart to have a thumbnail sketch of a business plan for a project when you start it," he says. This plan doesn't have to be too detailed, Lipsey says, but it should ask the important questions: "Can I sell this? Can I find a producer? Is it a production piece or just a piece to get attention? It's going to cost a ton of money to make, so why am I making it?" 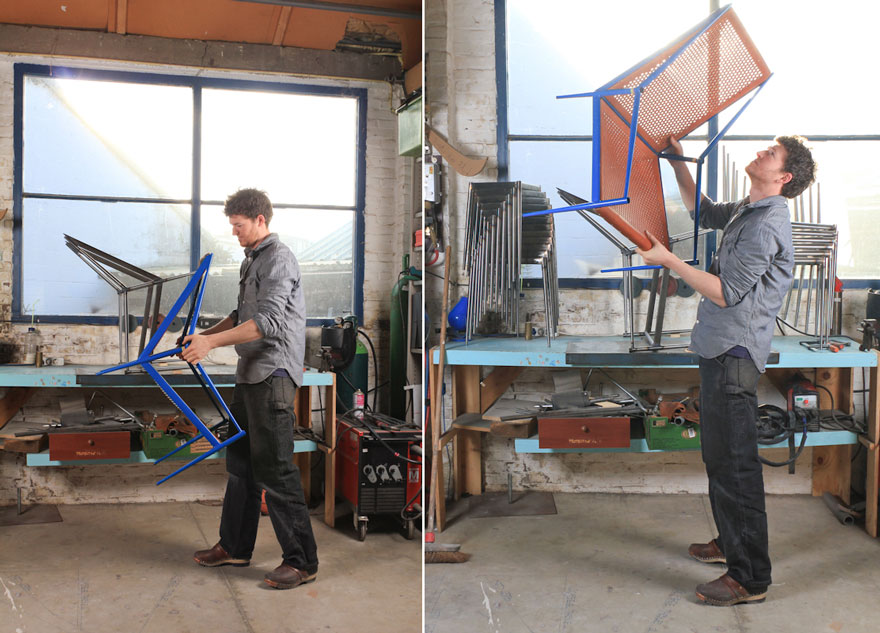 Lipsey with one of the chairs in his Acciaio Series, a line of steel furniture inspired by the bicycle

As for other advice for aspiring design entrepreneurs, Lipsey suggests that they make a serious effort to develop their photography skills. "Creating strong images for your work does a lot of the PR for you," he says. "Magazines like it, blogs pick it up, just because it's a striking image." This happened with the coat hooks that Lipsey designed while still in graduate school. He had no plans to put them into production until an outpouring of press generated a buzz.

Think, sketch, research, Lipsey says—and then do something physical. He hops on his fixed-gear and pedals along the canals. "Fill your head with all that stuff and then take a bike ride."