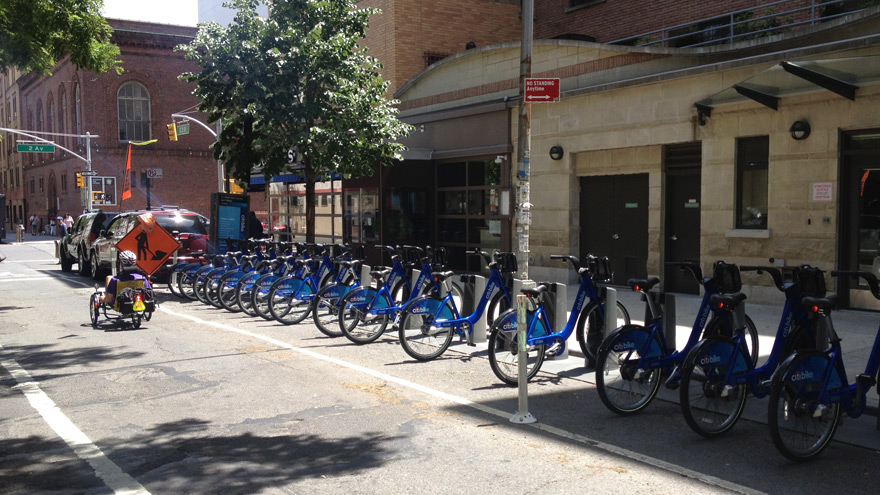 We've been following the ongoing saga of the NYC bikeshare system since it was first announced back in September 2011, from myriad setbacks to the first indication that the long-dreamt-of transit option would become a reality. The bikeshare launched over last week's holiday weekend, and while it's far too soon to judge the success or impact of the system, Citibike has been posting daily stats on their blog. As far as I can tell, it's been going well—I've seen a fair share of happy-looking bikeshare patrons on the streets over the past ten days, most of whom appear to be NYC residents commuting to or from work, or simply running errands. (On the downside, I did get stuck behind a n00b in a bike lane the other day, when he panicked as a box truck edged into his lane. Not the end of the world by any means.)

Of course, the cycling community has been abuzz with an outrageously hyperbolic, largely unsubstantiated, borderline-fake-seeming Opinion piece on WSJ Live (embedded below). Forum member sanjy009 picked up on it as well, sparking an worthwhile discussion of mostly anecdotal but valid responses from his fellow community members.

Naturally, Bikesnob's response turns up in the comments (podium, as it were), and I agree that once again Eben Weiss delivers journalistic integrity at its best (credit for the title of the post also goes to Mr. Snob):

Nevertheless, Ray Jepson enters the fray by agreeing with Rabinowitz. An entirely reasonable discussion follows, for which I would cite this video as evidence of reckless cycling, contra any number of previously-seen (or heard) videos and projects as counterpoints. (Brooklyn Spoke went so far as to issue the Bike Share Criticism Challenge, inviting all takers to present a criticism of Citibike that did not also apply to automobiles.) 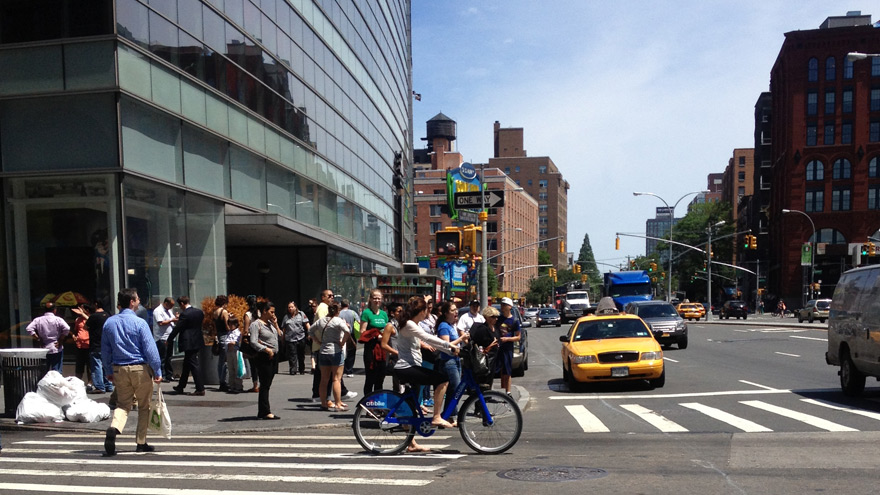 The so-called "Idaho Stop" (which I learned about at last year's New Amsterdam Bike Show) also comes up, as well as a pro-cycling WSJ article on Bangkok's new bikeshare—see also: a New Yorker piece on Moscow's cycling scene and our look at bicycle culture in China.