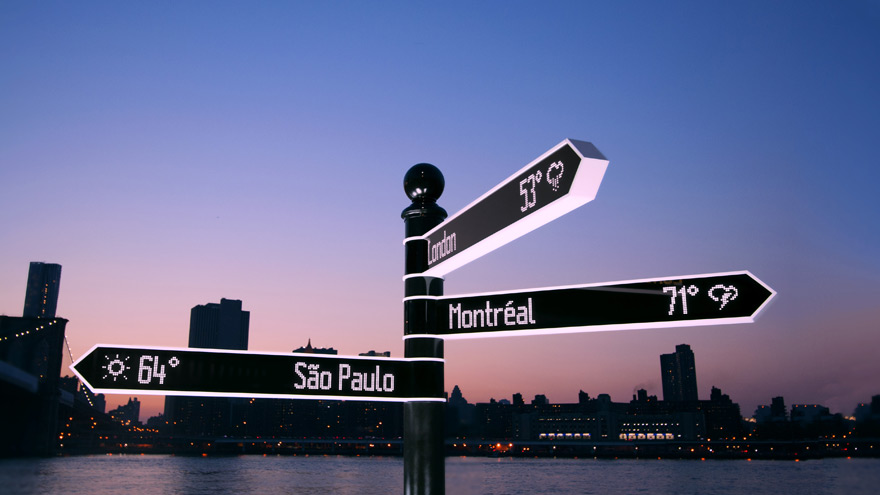 Among the many criticisms leveled against New York City's new bikeshare program, I'm particularly perplexed by the notion that the stations are a blight upon Gotham's otherwise pristine streetscapes—at worst, they're conspicuously overbranded, but, as many proponents have pointed out, they're no worse than any other curbside eyesore. Although the city is making a conscious effort to reduce the visual overstimuli at street level, it's only a matter of time before static signage simply won't suffice.

While Maspeth Sign Shop continues to crank out aluminum signs, BREAKFAST proposes an entirely novel concept for interactive, real-time wayfinding fixtures. "Points" is billed as "the most advanced and intelligent directional sign on Earth," featuring three directional signs with LEDs to dynamically display relevant information. However, "it's when the arms begin to rotate around towards new directions and the text begins to update that you realize you're looking at something much more cutting-edge. You're looking at the future of how people find where they're headed next."

At eye level there is a menu which displays different categories of content which Points can serve up. In the morning, the top button might point you towards local Coffee Shops, which switches to Lunch Spots around noon, and then eventually Pubs as happy hour approaches. Another button might serve up close-by events that are trending on Twitter, or the scores from the games going on right now.

Points pulls content from Foursquare, Twitter, local transportation APIs, RSS feeds and many other sources, but more importantly it can be expanded to work with almost any online data source and adapt to any location where it's installed. 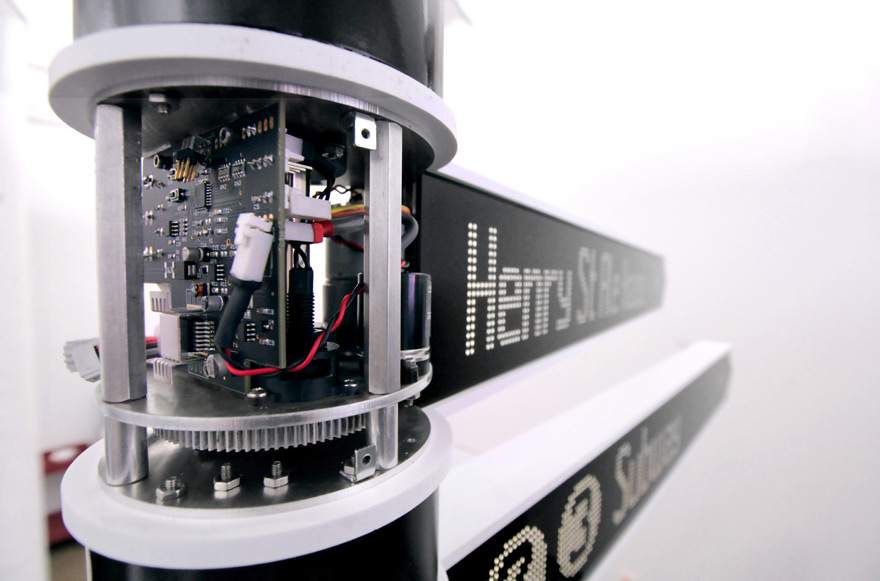 The Brooklyn-based studio has invested some three years in developing an intuitive digital signage system that could withstand both the elements and the general public and they're pleased to finally unveil "Points" for municipal and commerical use. "To see a small sample of what the most advanced sign on Earth can do, visit the livestream of Points in action from Breakfast's office in Brooklyn. Points is harnessing all tweets tagged with #PointsSign and will point to each user's location while displaying their tweet." 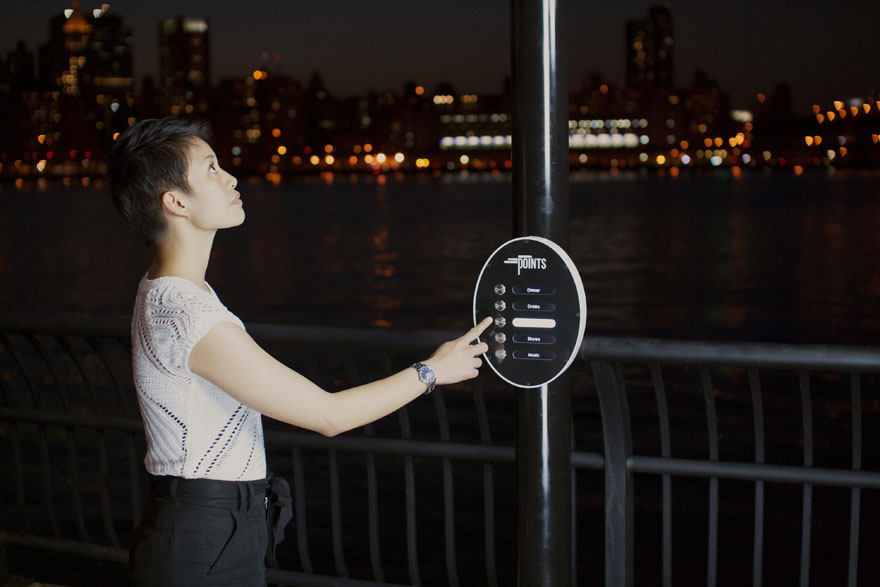