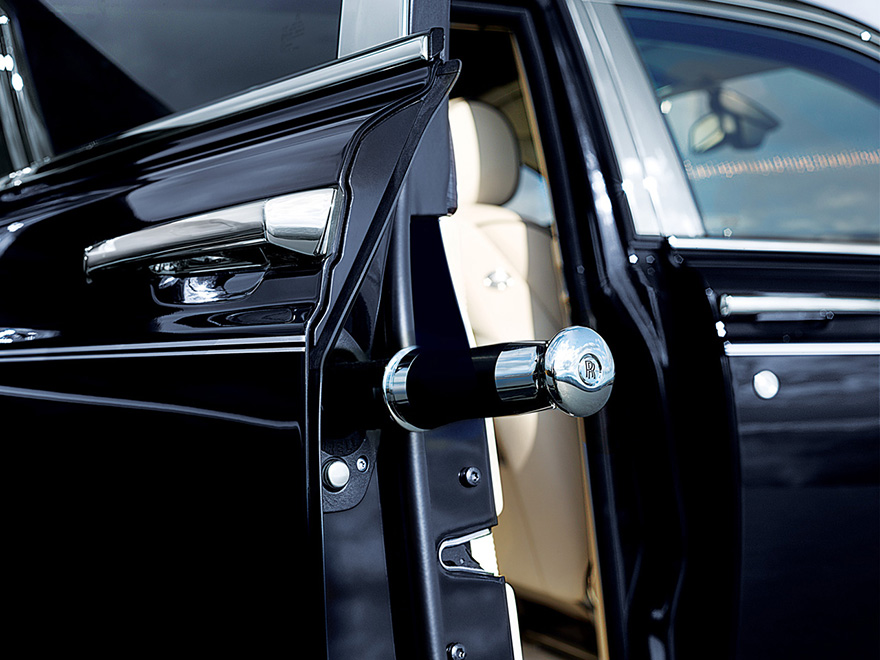 I'm currently in rainy North Carolina, where Tropical Storm Andrea has me scurrying about my rental car with an umbrella—and getting soaked every time I get in or out of the car. It's not just the rain hitting me when I open/close the umbrella and get my body in/out of the car; it's that often-overlooked design problem of getting the umbrella in/out of the car. With a four-door, you can either open the rear passenger door, throw the umbrella in the back, then hustle into the front seat, exposing yourself to the elements. Or you can climb into the driver's seat, keeping the umbrella open until the very last minute, then collapse it and pull the sopping mess across your lap to throw it into the front passenger seat. We've had umbrellas for thousands of years, and cars for a hundred, and no one has resolved this problem?

Some have tried. Rolls-Royce's Phantom and Ghost models have a fancy, full-size pop-out umbrella that stores in a compartment in the door:

And it doesn't take a luxury automaker to incorporate such a feature. Volkswagen's lowly Vanagon had an umbrella slot in the door way back in 1981.

I briefly owned a 2001 Golf, which I don't remember having this feature, though Passats from the 2000s do: 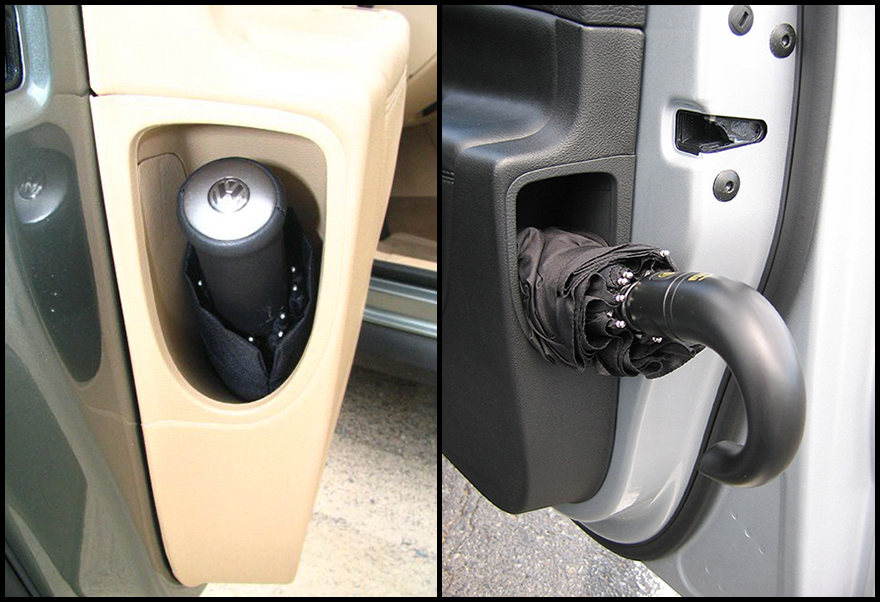 So do the entry-level cars of the VW-owned Skoda. And yes, the compartments are designed with a drain hole.

The door-mounted umbrella compartment would not stop you from getting wet during the initial ingress and egress, but it would surely minimize the time you're exposed to the rain. And it can't be that only the Brits and the Germans have figure this little design trick out. For those of you that own American, Japanese or Korean cars, do your models have this feature? And those of you that live in rainy climes: Do you have any little wetness-minimizing tricks for getting in and out of cars with umbrellas?