Astro Studios worked with Nike on the design of the Nike+ Fuelband.

This is the second profile in our series on American design entrepreneurs, looking at how they got where they are, what they do all day, and what advice they have for other designers running their own businesses. Read last week's profile here.

Brett Lovelady has discovered the sweet spot. The company that he founded in 1994, Astro Studios, is now a 28-person consultancy based in San Francisco and known for groundbreaking product design and branding for major clients like Nike and HP. Six blocks away is the headquarters of Astro Gaming, a spin-off business he co-founded in 2006 to design and produce premium gaming products. Skullcandy acquired the business in 2011 and now Lovelady splits his time between helming his original firm and serving as a creative head for Astro Gaming.

But while Lovelady may be balancing two companies with nearly 60 employees between them, he still acts like a creative upstart at a small firm. "At Astro we consider ourselves to be small, even though we are more of a mid-sized firm now," he says. "We're fearless, we'll jump into any project and apply design principles, and we'll have fun. We are nimble enough to work with entrepreneurs starting a business, but we can also rally a team for a major brand roll-out. That has led to big opportunities." Like designing the Xbox 360, or the iPAQ for Compaq. 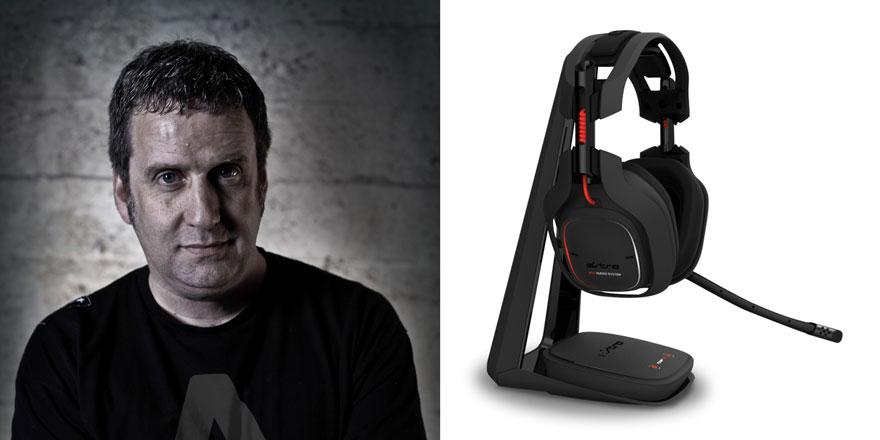 After graduating from Brigham Young University in 1987 with a B.F.A. in design, Lovelady moved to Silicon Valley because of the big opportunities he saw there. "It was the 1980s, and it was the mecca for technology and for companies that were at the heart of the next wave of invention and product development," he says.

Lovelady worked for a few of those companies, like Lunar and Frog Design, before starting his own business. Astro was initially based in Silicon Valley—Lovelady once shared an office parking lot with Steve Jobs—and the area's entrepreneurial spirit influenced its business plan. From the start, Lovelady allocated 20 percent of company money to fund venture-based start-ups, which paid off through royalties or equity shares. "There was this ability for us to be there before the venture capitalists, before the founders knew exactly what they were doing, and we function as an investor providing our creative capital," he says.

Lovelady jokes that he is an "angst-ridden creative capitalist," and by that he means that his personality pushes him to constantly seek new concepts. "I have this innate angst to start something new and to always solve problems," he says. "When I'm done with one project, I'm always looking for two or three more." Astro Studios is a good fit for his temperament. "I like to start things, to create the big things, and then move on. A design consultancy like this one made a lot of sense because I get to help people start fires."

Astro Gaming, by contrast, became an outlet for creating and manufacturing products. "I have a lot more empathy for my clients now," Lovelady says, "because beyond designing, we have to produce and finance and manufacture, and market and sell. We're dealing with everything."

Lovelady credits Astro's success to a few key things—not least, having a strong network of trusted advisors, like lawyers, realtors, and accountants. "The day I hired my comptroller is the day Astro started doubling our business, because we were able to focus on what we did well, the creative side," he says. "Today, even though I have financial controls inside the business, I still have an outside accountant."

Getting comfortable with intellectual property is another big one. "I see a lot of ideas stall because people are scared of dealing with it or infringing on rights, so get a good patent attorney on your team," Lovelady advises. Equally important, he says, is hiring project managers who can offer operational support to the creative directors. "For every three to five designers we hire, we then add support services to round out the team."

Lovelady also recommends creating your own design brand from the get-go. "Have a physical space that is a representation of your team. Have a strong web presence. Make an identity that people will notice, because you are then creating increased value in your company."

Finally, he says, know your limits and hire to your weaknesses. "The best part about starting companies, and I didn't know this at first, is that you get to hire the people you want to work with," Lovelady says. "Life is so much better when you have people who inspire you, who are smarter than you, and who you want to see succeed."