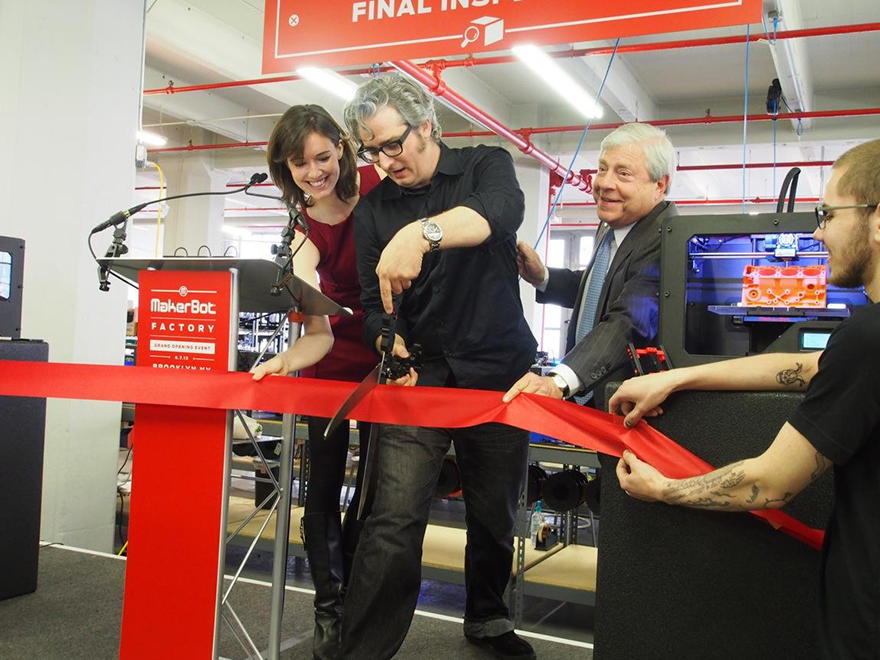 Conventional wisdom says that manufacturing isn't viable in America, least of all in New York City. But MakerBot is bucking that trend in a couple of ways: Firstly they manufacture objects that manufacture other objects. Secondly, they just increased their physical footprint by a factor of ten. On Friday, MakerBot cut the ribbon on their new 55,000-square-foot facility in Brooklyn's Sunset Park, trading up from their comparatively puny 5,000-square-foot startup space. 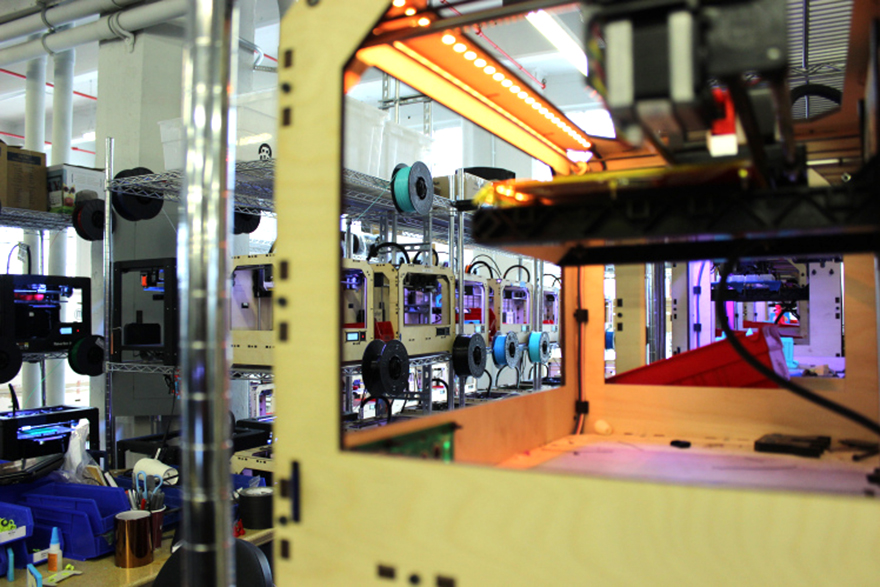 The expansion comes as no surprise given that MakerBot has recently hired scores of new employees. Recent funding talks have thrown around figures of $25-$50 million, with murmurs of a $300 million valuation. 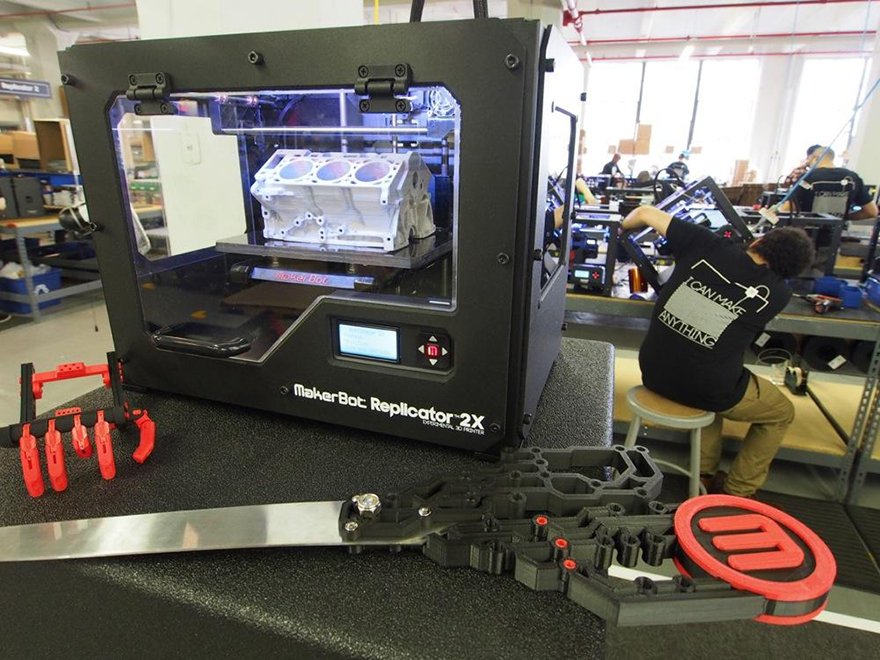 While those numbers are yet to be set in stone, more clear are the new facility's staff: One hundred employees, out of the 267 total on MakerBot's employment roster. The new "productors," as they are called internally, will be cranking out Replicator 2s and 2Xs and later this year, a new product: The MakerBot Digitizer Desktop 3D Scanner. The MakerBot Factory will also house a "Bot Farm" where company partners like Autodesk, MoMA and OUYA can have their own items produced. 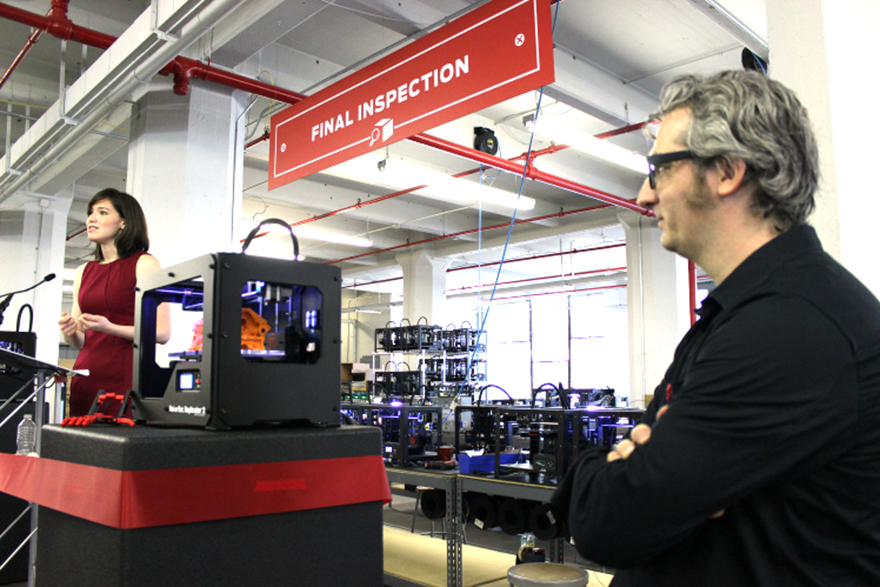 Rachel Sterne, NYC's CDO (Chief Digital Officer) was effusive at the factory's ribbon-cutting: "MakerBot is shaping the future of manufacturing, and the decision to expand MakerBot's office and workforce in Brooklyn illustrates that New York City is the world's center of creativity and innovation," she said. "Now thanks to companies like MakerBot, New York City is fast emerging as the capital of 3D printing as well. MakerBot is part of the thriving community of over 1,000 Made in NY tech companies headquartered in New York City, and we are so proud that they call New York City home."