iOS 7 Preview Leaves No Doubt: Whether Hardware or Software, Ive's Got the Juice 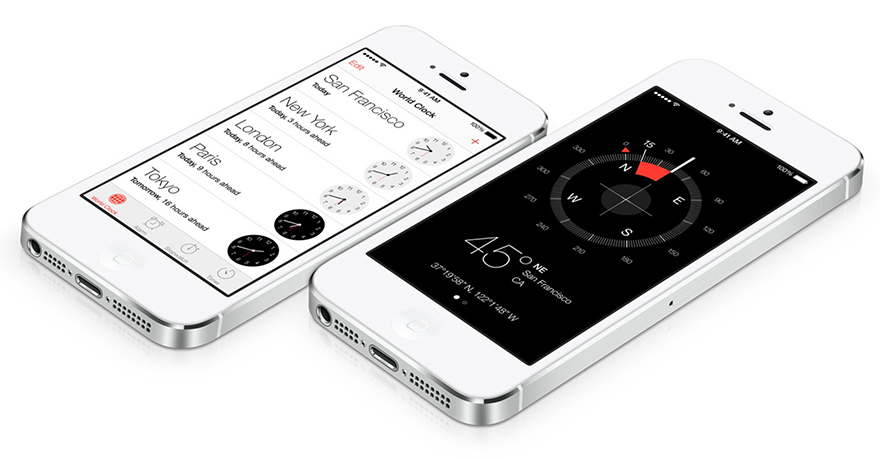 In addition to unveiling their redesigned Mac Pro, yesterday Apple also previewed their forthcoming iOS 7. This is the one many an industrial designer has been waiting to see; we all know Jonathan Ive can do hardware, but iOS 7 will be the first real indication of what software will look like under Ive rule—and if he'd be given free reign. Former Apple executive Scott Forstall was famously a proponent of skeuomorphism, the inclusion of real-world elements—stitched leather, lined legal pads, spiral bindings—that many in the design community found tacky and backwards-looking. Following his ouster, Ive was placed in charge of iOS design, and he's made it no secret that he intended to Think Different.

Well, based on what we're seeing, we're happy to report that it seems Ive's creative control is complete.

The first thing users will likely note is the change in typography. Just as Forstall's beloved word "skeuomorphism" has an unusual sequence of three vowels in a row, Ive has switched the font to what looks to be Helvetica Neue Ultra Light, which has an equally foreign sequence of contiguous vowels. The resultant look is undoubtedly more modern (though your correspondent prefers thicker fonts for legibility's sake). 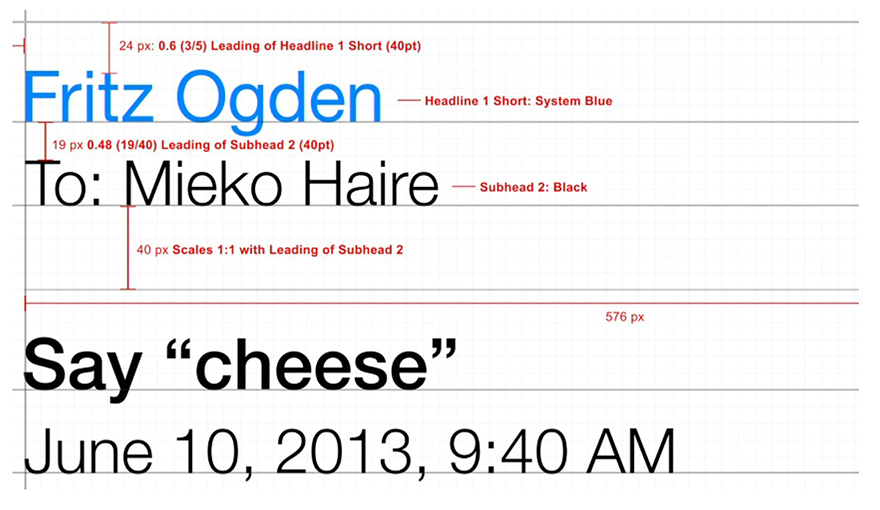 "Flatness" is the adjective of the day, and the new iOS has it in spades. In the past decade-and-a-half icons have spun steadily out of control; what were once simple representations of objects, necessarily drawn in low-res due to computing constraints, unpleasantly evolved into overcomplicated, miniaturized portraits. Ive's flat design approach returns to the roots of the graphic icon, eschewing 3D shading and instead using line to tell the tale. With the exception of a couple of icons—the Settings gears and Game Center's balloons—shading is completely absent. The cartoonish highlights on the text message word bubbles are gone. Background gradations are the only non-flat visual variation allowed. 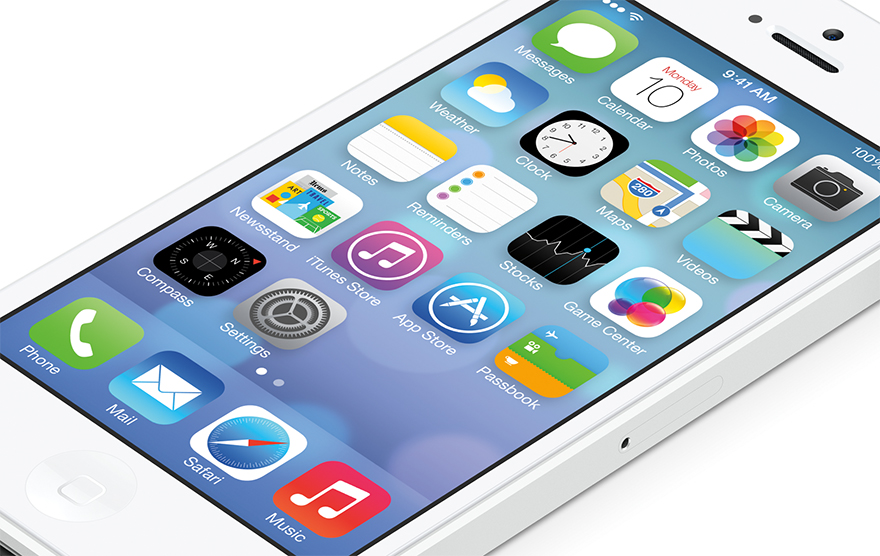 Interestingly enough, the keypad now looks like something graphically designed by the Braun of yore... 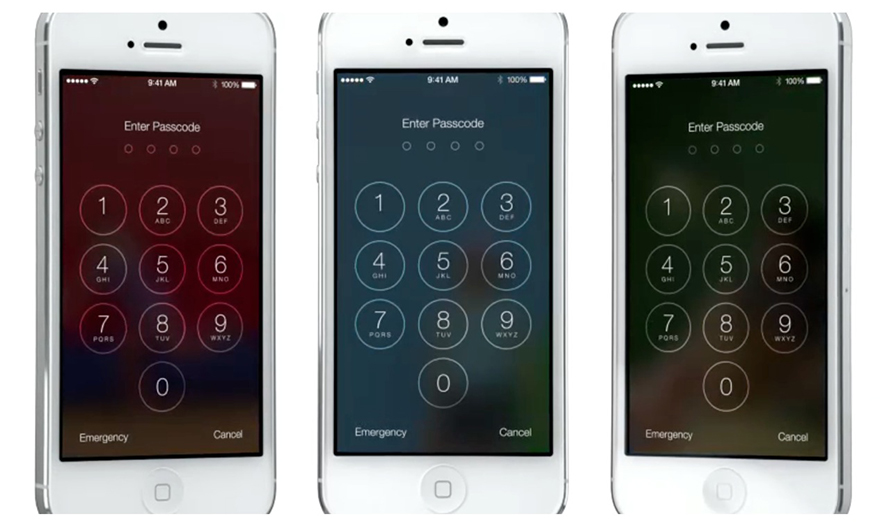 ...while the Calculator now looks like something from the Braun of the future. 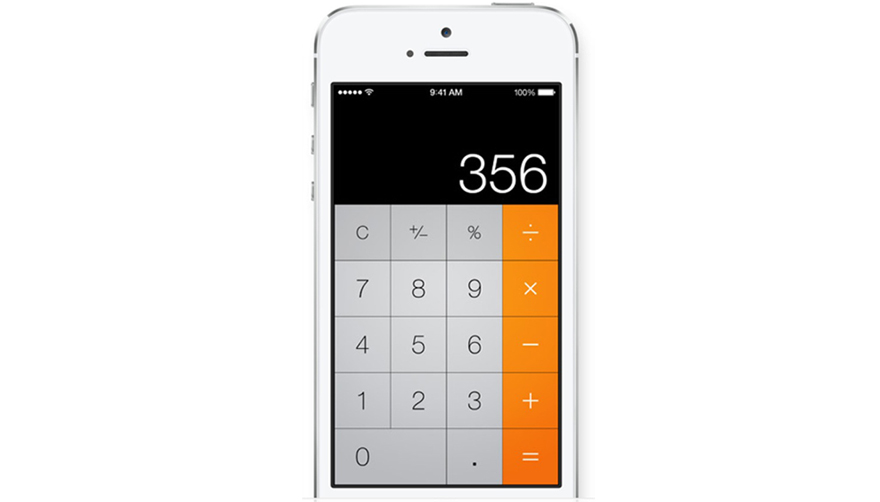 One user interaction feature I'm greatly looking forward to is Control Center, which enables the user to simply swipe upwards from any screen to quickly access the most-used (for me, anyway) features: The camera, the alarm, the calculator, the music player, the brightness, the on-off technical settings, et cetera. And in belated recognition that we've all been using cell phones like this since they first came out, a flashlight icon has been added as well. 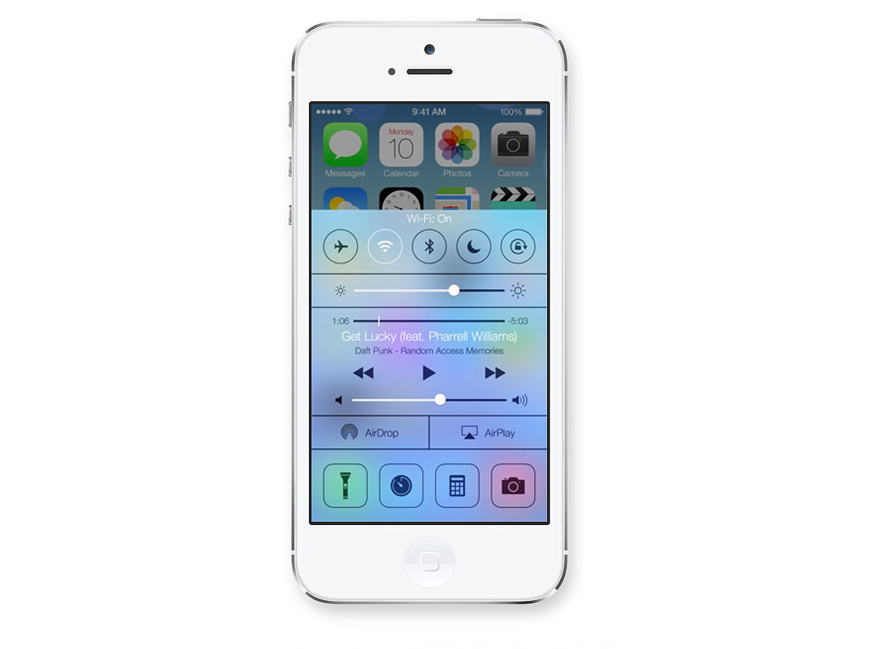 There are, of course, many more features of iOS 7, which you can read about here. But we were more interested to see exactly how much juice Ive had with the final design, and even a cursory look would indicate Apple's letting the man do his thing. As another, almost surprising testament to Apple's belief in design, they released the following video. There is not a single product shot! It is instead a minute-and-a-half of general design philosophy, presented in plain text:

At press time the Ive-narrated video on what they're going for with iOS 7 was not yet embeddable, but we expect they'll rectify that shortly. In the meantime you can check it out (and see plenty of moving images that help you better understand the OS' design) here.

iOS 7 Preview Leaves No Doubt: Whether Hardware or Software, Ive's Got the Juice