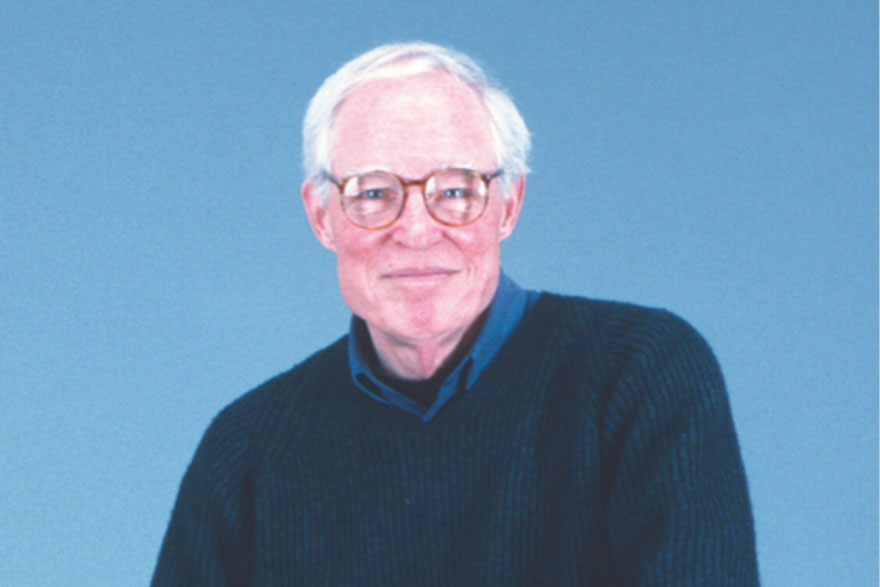 Niels Diffrient, the artist, architect, author, and industrial designer whose seminal research on ergonomics established standards for the furniture industry, died at his home in Ridgefield, Connecticut, on June 9, 2013. Diffrient was 84.

Niels Diffrient was born on the sixth of September, 1928, on a farm near the small town of Star, Mississippi. He was a gifted, curious child, full of wonder for the things around him, and he loved to draw. Not only was Diffrient able to take the measure of his world from an early age, but he was also capable of rendering his impressions with uncommon ability.

The national economy faltered and failed during the first six years of Diffrient's life, and the Great Depression took an enormous toll on the lives of Mississippi farmers. In 1934, Niels' father Robert Diffrient hitchhiked to Detroit to look for work while his family remained behind. Factories such as those of the Detroit auto industry were looking for workers, and after a short time found work and sent for his wife and son. Naturally, Niels's imagination took root in the new setting—lessons from the farm gave way to the experiences of northern urban schools, and his artistic interests flourished.

Diffrient also had the good fortune to attend Cass Technical High School, where his interest in drawing airplanes led him to the curriculum for aeronautical engineering. As he related in his recent autobiography, Confessions of a Generalist, he struggled with the scientific subjects at Cass until a fellow student saw his drawings and recommended that he transfer to the art department, where his talent found recognition. Upon graduation, Diffrient continued his studies at Cranbrook Academy of Art, where he was employed by the headmaster's son, Eero Saarinen, to assist in the development of two chairs Saarinen designed for production by Knoll Associates, the Model 71 and Model 72. Diffrients' first exposure to the workings of a manufacturer bringing a design to production occurred in meetings between Saarinen and Florence and Hans Knoll. He recalled: "There was little talk of things like market share. It was the days when there was mostly a lot of interest in proving modernist principles."Following Diffrient's graduation from Cranbrook, he was awarded a Fulbright Fellowship to study in Italy, where he met Marco Zanuso, the architect and designer. Zanuso asked Diffrient to work with him on the design of a sewing machine for the Italian company Borletti. Their design won the Compasso D'Oro award at the 1957 Milan Triennale, Diffrient's first award for an industrial product.

Upon his return from Italy in 1955, Diffrient joined the Pasadena, California office of New York-based design firm Dreyfuss Associates. Henry Dreyfuss was one of the first members of the emerging group that had come to be known as industrial designers. Dreyfuss was one of the best. Niels had the primary responsibility for managing the designs for everything from the Princess telephone to John Deere tractor seats to the Polaroid SX-70 camera, as well as the corporate identity and interiors of American Airlines aircraft.

The aspect of making machines fit people, or what Dreyfuss called human-factors engineering, ignited Diffrient's interest. Dreyfuss's human-factors research was presented as anthropometric charts with an explanatory booklet in The Measure of Man, published by Mullen Books in 1967. Diffrient expanded on these findings with his own research and, together with Dreyfuss colleagues Alvin R. Tilley and Joan C. Bardagjy, he authored Humanscale 1/2/3 , which was published by MIT Press in 1974. Humanscale 1/2/3, a set of three rotary dial selectors, quickly became the standard reference for ergonomic engineering by architects and industrial designers. The first series was followed by Humanscale 4/5/6 in 1981, and Humanscale 7/8/9 in 1982.

In 1980, Diffrient left Dreyfuss to pursue an independent career in design, with a specific focus on products for the office, where, as he observed, "the most consistent ingredient is the chair." Diffrient spent the remaining years of his career designing and developing seating that changed the furniture industry's approach to office chair design. He invested his intellect in the experience of sitting, not in the superficial aesthetic of a chair as an object. His explanation of how his Freedom chair, for Humanscale, eliminates the need for a tension control mechanism by having the chair use the occupant's weight to determine tilt resistance, was a lesson in how Diffrient approached design: he made the chair smart, a subtle but significant advancement over the convention of the forcing a user to master an archaic system of buttons and knobs and levers. In addition to his extensive range of seating and lighting for Humanscale, Diffrient designed products for Knoll International (1979), Sunar-Hauserman (1984), Howe (1992), and KI International (1998). Diffrient held nearly 60 patents on furniture, seating and mechanical systems; his honors and awards number in the hundreds.

In spite of his chosen area of professional specialization in furniture, Diffrient considered himself a generalist, which he defined as being "a kind of ombudsman between the user and his circumstance." Diffrient took a path to his designs through experience, utility, and, finally, aesthetics, a process he considered the reverse of that used by specialist designers who start with form. While it may seem surprising, it is completely consistent with this life approach that Diffrient took up ice dancing for exercise and recreation when he returned to New York in 1969: in ice dancing, Diffrient exhibited his customary flair for precision, grace and beauty, much like the qualities found in the six decades' worth of products which bear the imprint of his tireless intellect.

When Bob King, CEO of Humanscale, first met Diffrient, the company did not produce chairs, but he recalled how after seeing Diffrient's prototype designs for what became the Freedom chair he felt like he had "just seen the future of task seating." He also expressed how he and Diffrient shared a philosophy of making things that are easy to use: "Niels believed in the importance of function and knew that great design must be driven by function. This is why his products often transcend any specific time or place. What he believed in is so evident in his work, that his legacy will live on through his designs.

"On a personal note, some of the most joyful times in my life were those we spent together. He was a great friend and he will be missed."

He is survived by his wife, Helena Hernmarck and three children—Scott and his partner Florence Sohn, Julie and her husband Nigel Miller, and Emily—as well as his brother Roy Diffrient and his sister Betty Herring.

In lieu of flowers, the family suggests gifts to Cranbrook Academy of Art. These may be sent to:

A fitting summary of Diffrient's legacy can be found in the words of Helena Hernmarck. She said of her husband: "It was Niels' intention to enlarge on his unique approach to design which he hoped would lead the field of product design towards becoming a recognized profession, as opposed to being an activity. Niels was always true to the standards of usefulness. If a product was not useful he referred to it as decorative art."