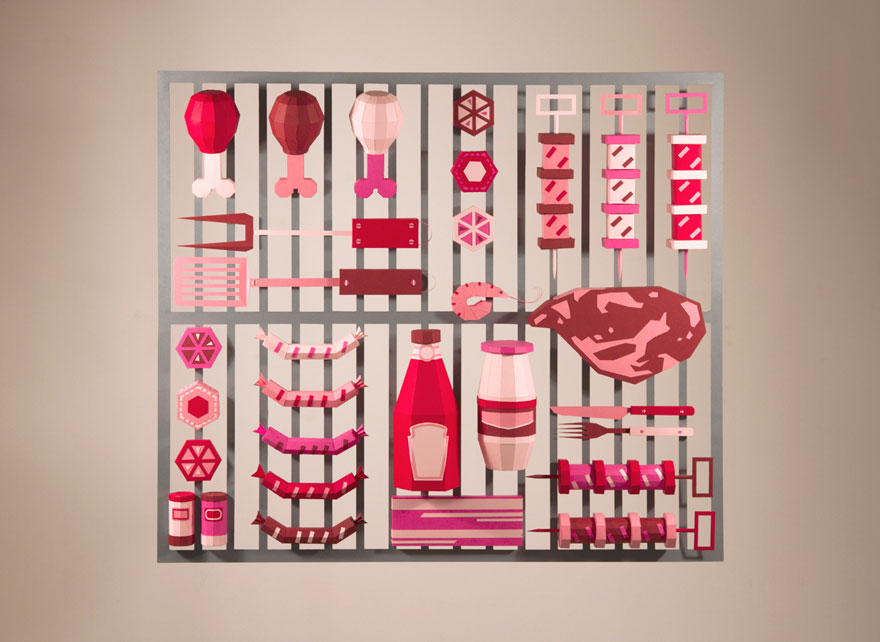 Our nostalgia for paper manifests itself in more than just bespoke greeting cards and pocket-sized Moleskines. Papers of different thicknesses and colors can be cut and folded into forms that take on a strange intimacy, or even digitally recreated into characters from the craft store. Here's what's pertinent this week in pulp. 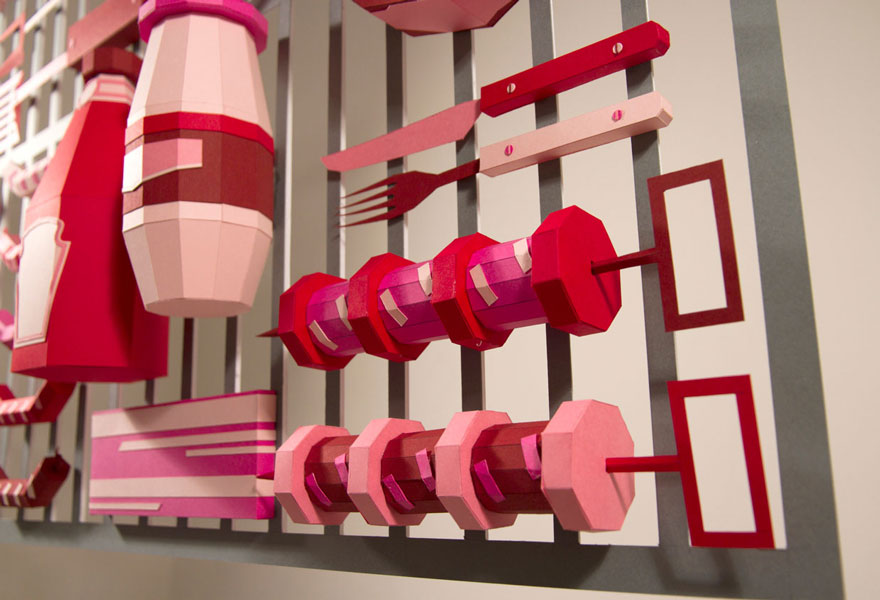 Just as beers and backyards are finally having their moment in the sun, the French design studio Zim & Zou crafts another seasonal staple: a full-sized barbeque grill made entirely of paper, complete with stacked skewers, drumsticks plump as hot air balloons and a geodesic bottle of Heinz to accompany it all. Although some of the images look like computer renderings, everything is handmade by the 25-year-old designers Lucie Thomas and Thibault Zimmermann, whose previous constructions include a paper Game Boy, a stop-motion greeting card for IBM and a lush leather-and-paper jungle for an Hermès window display. 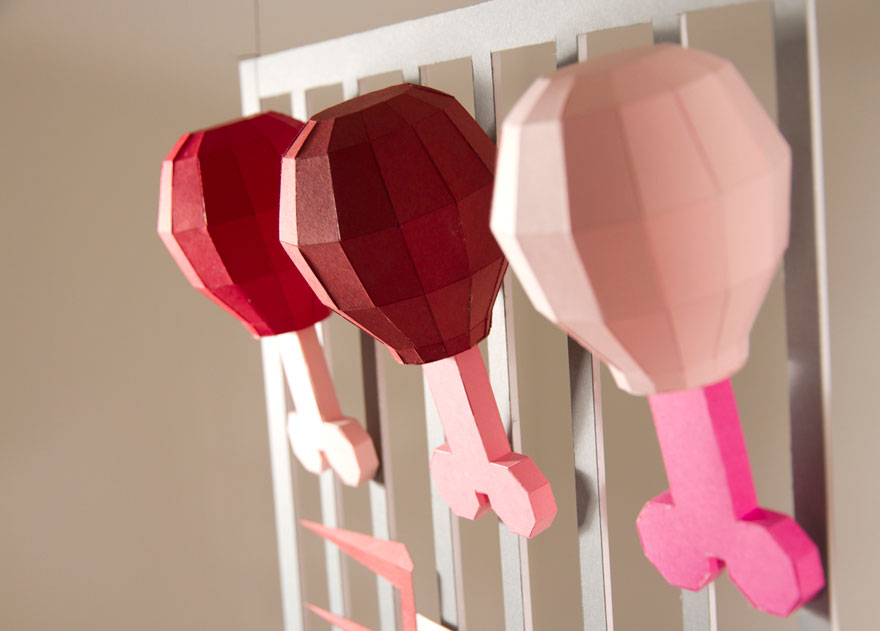 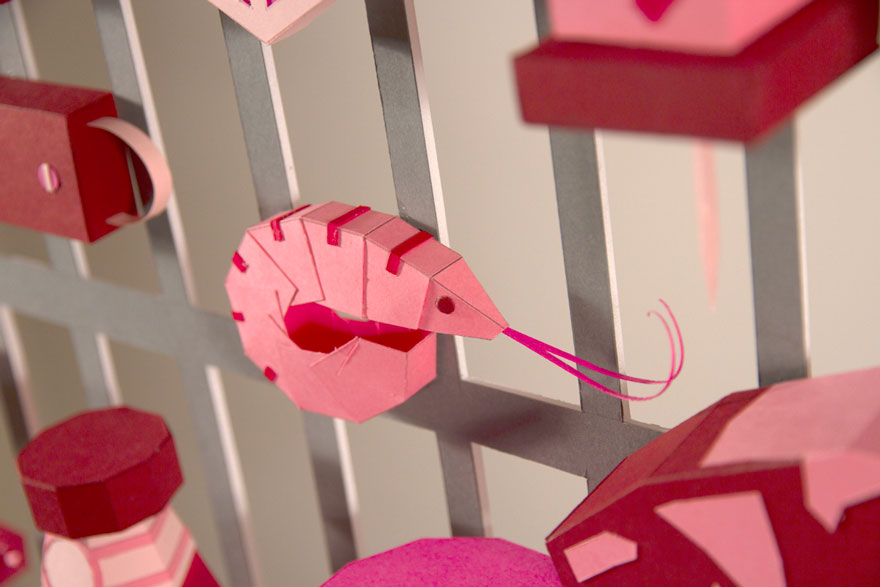 Anatomically correct models no longer need to be made solely out of plastic. For the science lab of the International School Nadi, Fiji Islands, the Australian artist Horst Kiechle used card stock folded and cut into triangles to design a set of human torsos, complete with removable organs. Now he's launched a website with free, downloadable templates walking users through the painstaking process of making their very own paper torsos. 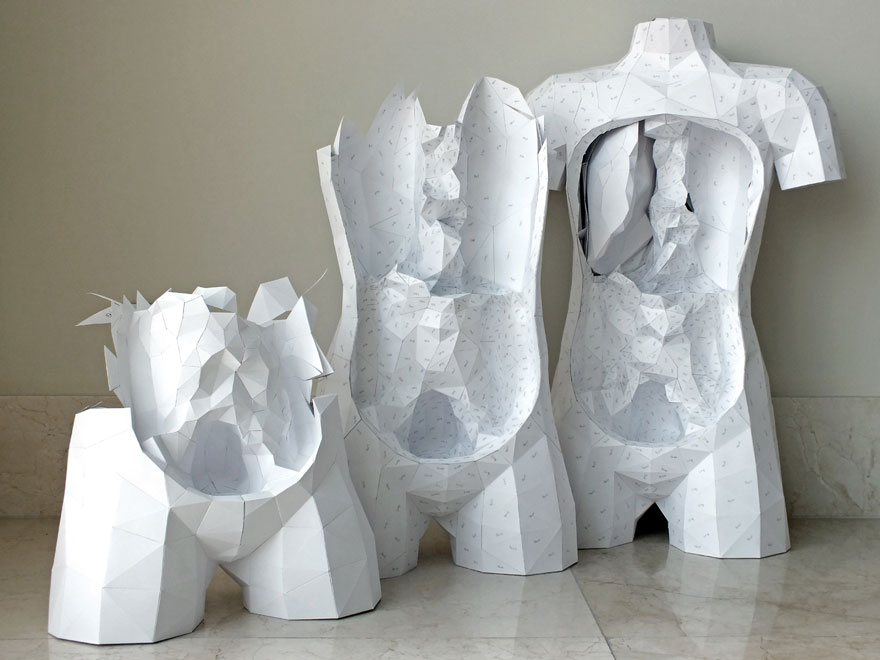 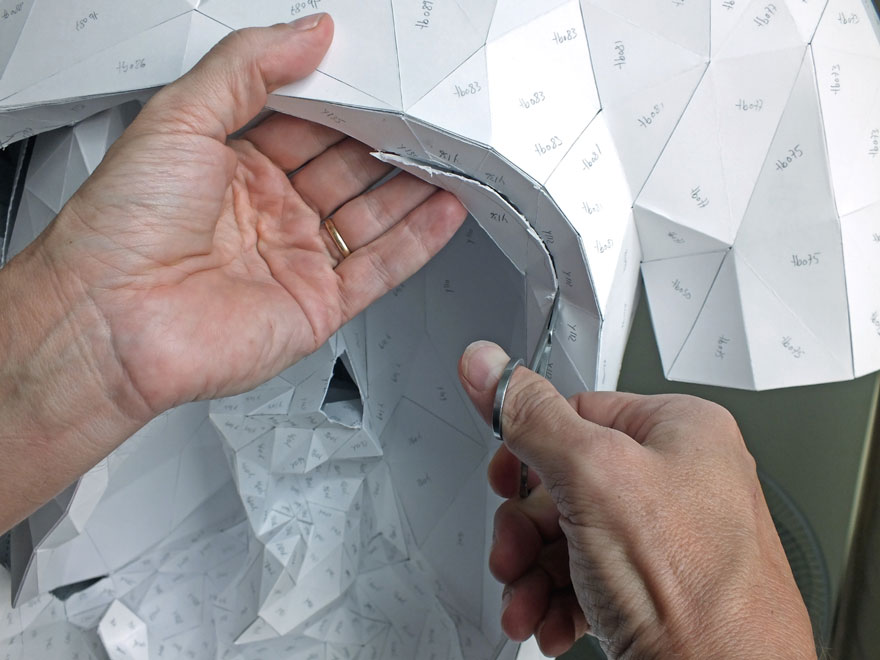 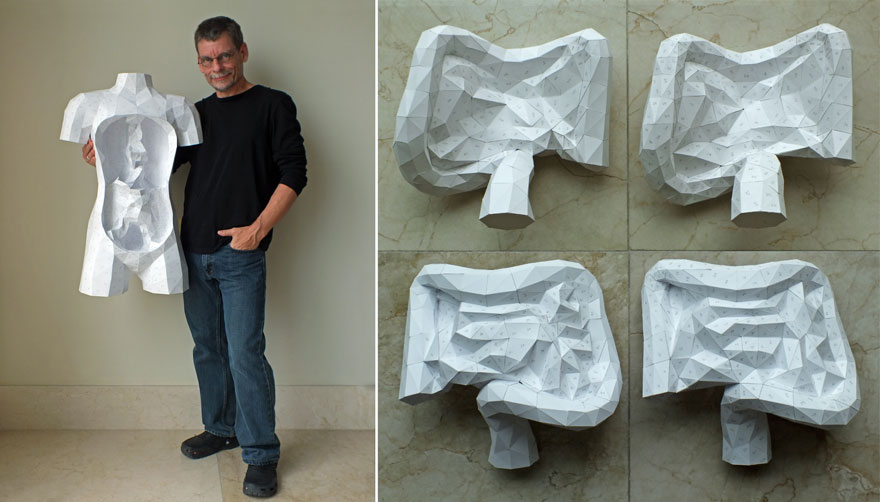 One of the video game Little Big Planet's most appealing attributes is its visual aesthetic: the game features stitched-up sac people in eclectic costume against a backdrop made with cardboard and fabric. This week at the Los Angeles video-game conference E3, the makers of LBP previewed another crafty creation called Tearaway, coming to the Play Station Vita in October. This time the digital world is pure papercraft. Scenes open like a pop-up book, paper structures unroll and rip open, and the main character's chunky construction-paper hair flaps in the breeze.

Street art isn't often associated with origami. But for the ongoing ARTAQ 2013 festival in Angers, France, the artist Mademoiselle Maurice deployed over 30,000 carefully folded pieces of paper to cultivate a spray paint-type style. By varying the paper's size, color and folding pattern, the artist creates an effect that is both strikingly unexpected and evocative of an urban staple. 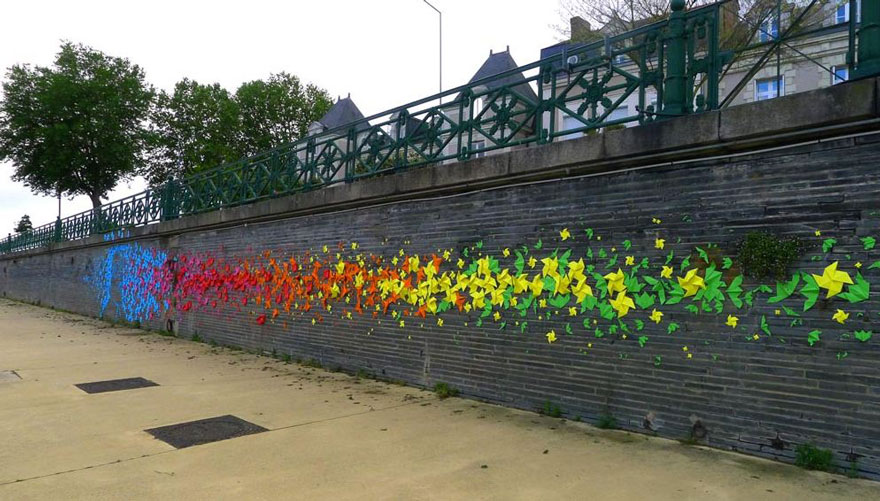 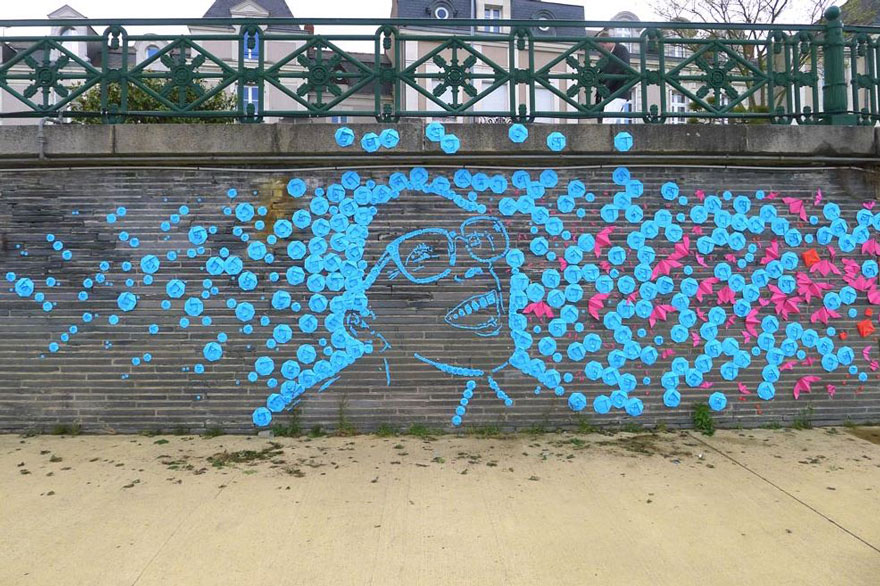 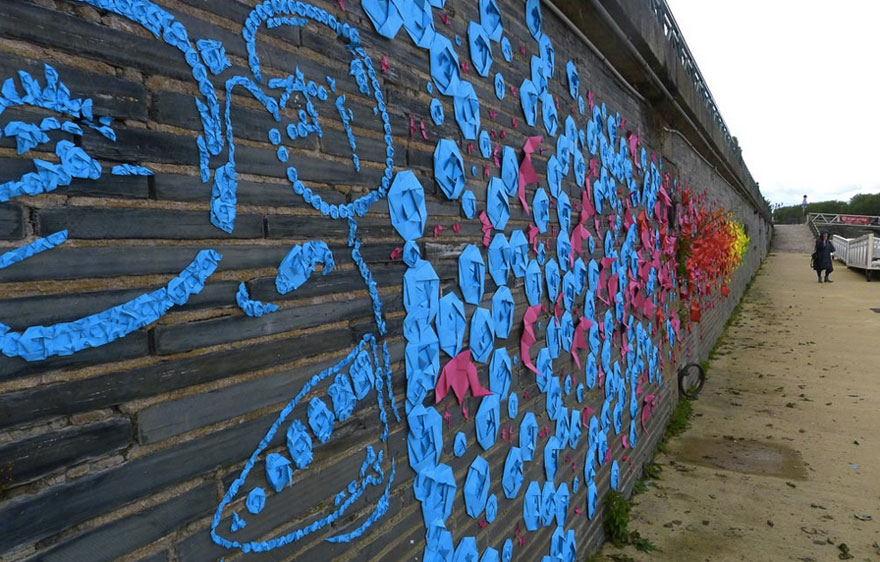 Speaking of origami, we couldn't end this post without sharing some images of the Hanoi paper artist Nguyễn Hùng Cường's remarkable origami animals. You can see much more of his work on Flickr. 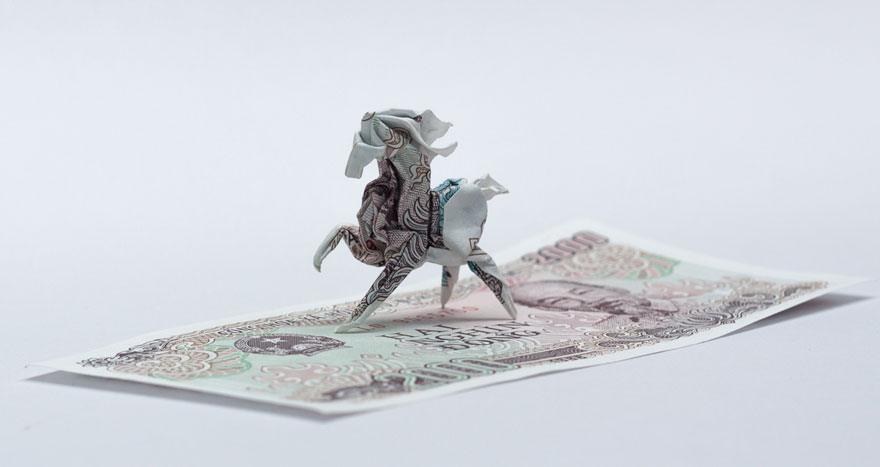