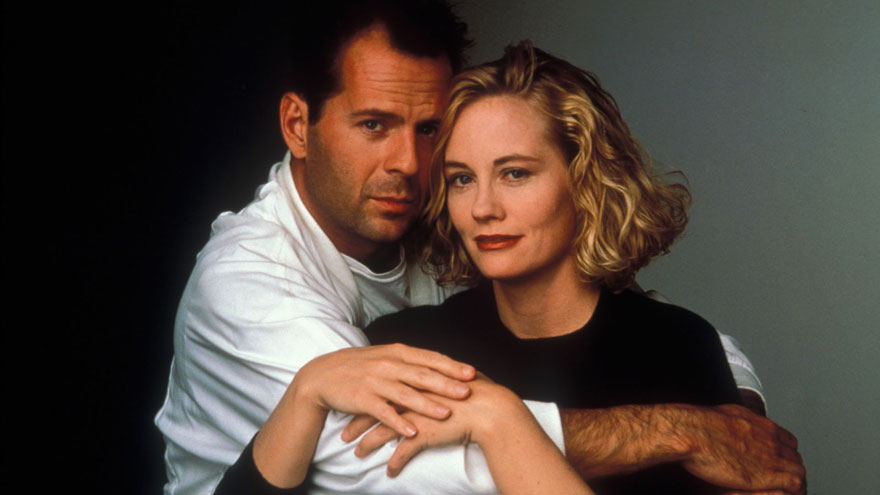 In every job there is a line between personal time and employment. In some roles, the line is very clear, demarcated by a klaxon, punch card or timesheet. In other fields of work, the line is blurred, sometimes to the point of vanishing altogether. Design is one of those fields.

Every designer is a cultural voyeur—a perpetual sponge for inspiration and a running faucet for ideas. When we design, we draw on experiences from our private lives, from our travels and observations. Design is a lifestyle, the method acting of careers. Design doesn't stop at 5pm.

When individuals take jobs with design firms, they sign contracts and begin to serve their clients. With that step comes a disconnect between employment and personal time. Contracts typically draw hard lines around the two with a variety of privacy and commitment clauses. Personal projects are often relegated to second place in the hierarchy of creativity, and referred to euphemistically as moonlighting. This is a thorny issue with some Paleolithic attitudes, but one which would benefit from open discussion.

As I see it, all moonlighting work sits upon a sliding scale: - A blog or other public writing - Public speaking or conference appearances - Work for friends, family or self - External client work

Every case is different, but at some point in the scale, every company draws a line. Some are more flexible, some are more regimented, but every contract has a clause referring to this behavior. Let's take a quick look at the key drivers behind these clauses (followed by a quick debunking of each):1.) Primary company work will be disrupted When you take on a contract with a design firm, you are making a commitment to them. There is an understanding that you work for that organization, with the goal of capital growth. This is design as industry. Companies are keen that your focus is the work which brings in revenue, and rightly so. – You owe it to your employer to give 100% of your effort to them. We'll address how exactly how this manifests itself later, but let's just say that as an employer, if an individual is not giving 100%, then you have a problem. If they are not giving 100% because they are doing other design work, you have less of a problem.

2.) Intellectual property and leaks In any design business, there are secrets to be kept. Particularly in the design of hi-tech products, secrecy is king and companies work very hard to protect their intellectual property. Every contract has with it a promise to keep these secrets in the form of an NDA. By further restricting the design freedoms of employees, the hope is that these secrets will be maintained. – Every NDA implicitly outlines the terms of secrecy for a project, client or company, and the employee is expected to abide by these terms. The fear of leaks is real and present, but here's the rub: most leaks don't come from within large organizations, they come from subcontractors, suppliers or manufacturers. Designers themselves are very aware of the potential damage caused by leaks or conflicts of interest, and most act diligently to prevent them.

3. The name of the company may be brought into disrepute by misrepresentation Companies aim to protect their brand and associated values at all costs. When an employee appears publicly they represent that brand, which is a risk. – This is an easy fix. As in Hollywood, the distinction between actor and studio is clarified by the small statement 'the opinions expressed are those of the individual and do not represent those of the studio.' If talking at a conference or similar, this should be your first slide.

4. Moonlighting is somehow disloyal, or an exit strategy. Moonlighting projects may be the start of something bigger. An individual may be working on building their own business after hours. They may be preparing to move elsewhere and using the resources of this company to do so. – This probably pokes at the real fear behind those who attempt to prevent moonlighting. The standard practice of most design firms is to restrict the activity, but if your employees are willingly engaging in external work, perhaps you should look at their motivation rather than question their loyalty.

It would be naïve to believe that all moonlighting projects are undertaken for financial gain. This may be true for some work, but there is often a deeper driver behind extracurricular projects. There may be an itch which needs scratching, a new technique which needs testing or simply that external projects give a mental break. It has long been understood that monotony is a killer to productivity, working on the same thing day after day isn't good for self worth or personal growth, and any decent employer needs to understand this. (This is the part where I insert a telling statistic about work/life balance. Picture it in your head. Got it? Good.)

The psychologist Jonathan Haidt splits employment into three categories: Job, Career and Calling. All too often employers are overly concerned with ensuring the 'Job' category is fulfilled, but in order to retain an employee for an extended period there is a necessity to embrace the other two. Loyalty is earned, not forced. By curtailing a designers Calling, employers may be at risk of losing employees altogether.

In many cases external project work offers a release valve, allowing employees to feel liberated and free, ticking some of the boxes in their Career or Calling columns. It allows designers to expand their thinking and experience, to try new things and remain inquisitive. Here's the thing: it's not a one way street. A satisfied employee is fantastic from a loyalty and retention perspective. Not only that, but designers who are exposed to new challenges build new skills and knowledge, all of which they will bring back into their daily work. Everyone's a winner.

Finally, by restricting public appearances, writing or similar engagements we may also be damaging our industry. Design is a community. We thrive in groups and discussions, and have a loose peer review system. By locking your designers away from personal expression, investigation or engagement, you are preventing them from becoming part of the wider debate, and I think Design suffers. Apple are notoriously draconian about the freedom of their team and many talented speakers, writers and thinkers have all but disappeared following their Cupertino contract, which is a shame.

Many companies build in systems and structures to break monotony. 3M famously began their 80/20 program in 1948, where engineers were given 20% of their time to pursue personal projects. This program had notable successes (such as the Post-it note), and has since been mimicked by HP and Google. Even Apple recently introduced a similar system with their Blue Sky initiative for 'selected' employees. Whilst this is a good practice, it's markedly different to moonlighting. It does allow for personal investigation, but with the explicit goal of progressing the aims of the corporation, rather than the aims of the individual.

The sabbatical is an interesting model. Stefan Sagmeister's wonderful TED talk (which I urge you to watch) explains his process. Every seven years he closes his studio for twelve months to escape, experiment and play, returning energized, refreshed and inspired with new viewpoints and approaches. In my career, many of my colleagues have taken sabbaticals with varying rates of success. Whilst I relish the thought of a year of personal reflection, the lump sum approach to moonlighting is slightly uncomfortable. Firstly, seven years is a long time, (do you fancy waiting until 2020 to get that project out of your system?) Secondly, sabbaticals are nearly always unpaid. The only support your company gives you is the guarantee that you have a job to return to, which really isn't much.

There may be a softer approach to sabbaticals: intermittent pauses in corporate productivity to pursue external projects without fully cutting ties with the mothership. Many sabbaticals stall as the infrastructure needed to pursue their goals is withdrawn. A progressive organization could allow individuals to pursue their dreams for a short while, providing a location and resources for them to use. This may seem a one-sided deal, but aside from the personal development benefits of such a practice there may be financial gains. If the organization stipulates a percentage stake in any financial proceeds of the activity then they stand to benefit. This model pitches the design organization as angel investor.

An even more progressive model integrates personal work into the everyday work of the organization so that differentiation becomes impossible. A blooming, engaged and educated employee is a great benefit to any company. Even if project work is sometimes sidelined, it is important for all concerned that designers are encouraged to experiment with new ways of working, to try new things and to learn. This is an odd approach to employment, and has very few examples of use, but I feel that there needs to be continued experimentation with the blurred line, the Venn diagram of work, play and personal time fully overlapping into a cohesive creative structure. Moonlighting at work, as work. It may seem odd and counter-productive to suggest that design organizations encourage their employees to undertake personal projects, but when compared to the many millions of dollars spent annually on formal training, I would argue that the benefits are actually more tangible to the company in the long run.

This model would require a very mature attitude within a team. Within any such system there needs to be a bi-directional budget of trust, which needs to be accrued over time. Mutual tests of character need to be completed before such a deal has a hope of working. Managing the different opportunities within a team is also a complex problem, and one which has the potential to cause instability and resentment, but all of these problems are surmountable.

There are clear opportunities for progressive ways to blend the Calling and Career aspects of an individual in parallel with the demands of the Job. The industry of design revolves around financial gain and focused productivity but also around long term intellectual development of designers. Too often the latter is neglected, to the detriment of the individual and the organization.

Also, I've used it throughout, but we should kill the term 'moonlighting.' It's derogatory and conjurs up images of illicit activity, of sneakery and duplicity. What employers should be doing is embracing, encouraging and promoting creative exploration and self development wherever possible, at any time. That's not moonlighting, that's design.