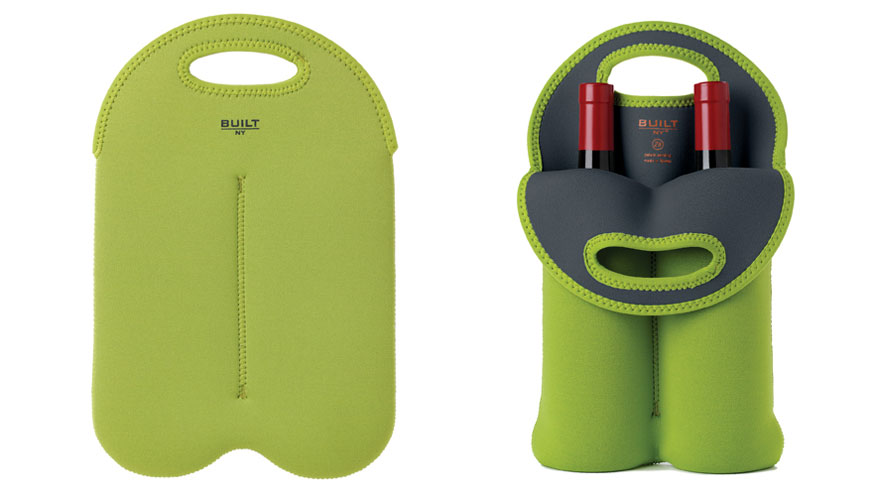 This is the third profile in our series on American design entrepreneurs, looking at how they got where they are, what they do all day, and what advice they have for other designers running their own businesses. Read last week's profile here.

Growing up, Aaron Lown's mom had a saying: "Why buy it when you can make it?"

That mantra inspired Lown, now 44, to launch the company Built NY in 2003 with business partner John Roscoe Swartz. Built's first product was the now iconic neoprene wine-bottle carrier. When the totes debuted at the New York International Gift Fair in 2004, the company received $100,000 in orders within 48 hours. A year later, Built logged its millionth sale. "Wine was on the rise at the time, yet the wine accessories market had nothing young and hip and cool," Lown says. "We had a great product and a niche in the market that wasn't being filled." 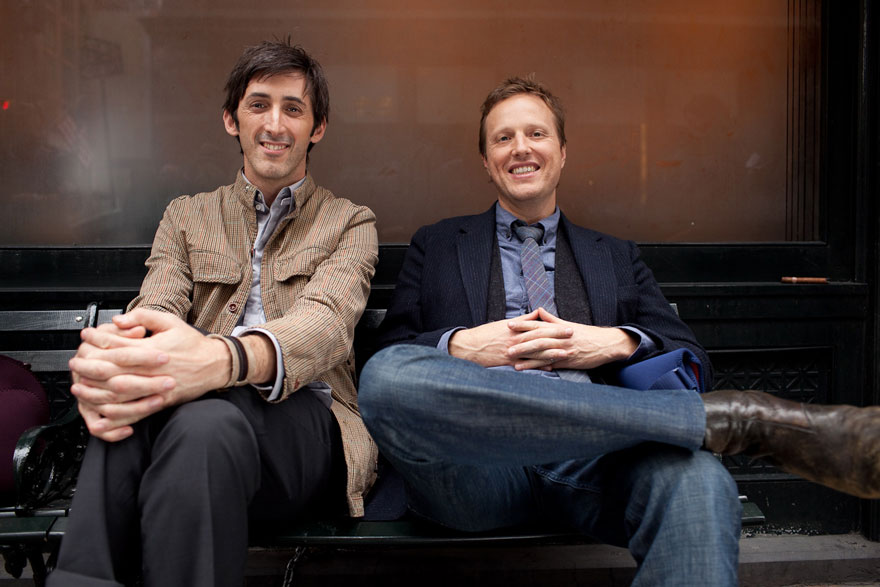 So how do you grow a good idea and a modest $30,000 investment into a multimillion dollar company with a full line of products and 40 employees? Lown attributes his success, in part, to his upbringing in Bangor, Maine. "My mom played an important role in my ethos," he says. "She taught me how to sew and there was always a crafts project happening."

Meanwhile, Lown's father ran a shoe manufacturing business and Lown remembers the smell of glue on the factory floor and seeing the components of shoe patterns strewn around their house. "The influence of my father gave me the entrepreneurial part of my personality, while my mom gave me the making gene," Lown says. (Not to mention an uncle who invented the defibrillator.)

At 13, while his other friends were shipped off to sports camps, Lown threw pottery at a crafts retreat called Camp Horizons (where he accidentally broke fellow camper Jonathan Adler's ankle in a basketball game.) After that summer, Lown built a woodshop in his parent's basement where he made objects like jewelry boxes that he sold to local crafts stores. In high school, he and a friend became interested in skimboarding, "so we spent the winter coming up with a brand and making skimboards in the garage," Lown says. "The first day out in the spring, we tested the prototype and I fell and broke my wrist. That was my first taste of failure, which is something that you have to let fly off your back."After studying industrial design at Parsons the New School for Design, Lown attended graduate school at the Cranbrook Academy of Art, where he met Swartz, and the two moved to New York in 1994 and shared a studio space. Lown worked freelance for designers like Kate Spade, and then one day a neighbor working in the wine industry requested a handmade wine tote—and that sparked the idea behind Built.

A few of the products in Built NY's 10th-anniversary collection 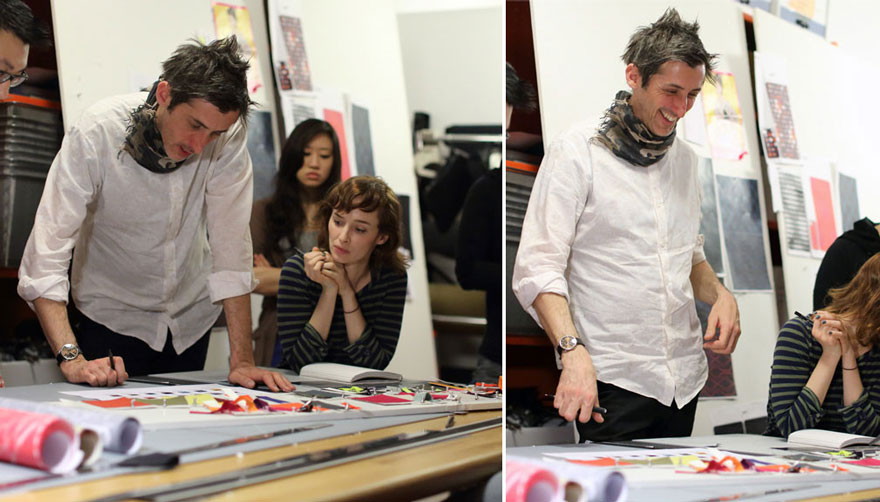 Lown in the Built NY studio

From the start, Lown and Swartz did most everything in house, from graphic design to marketing and product photography. "I think it's wonderful to have all of those activities from beginning to end in the same environment because it creates a real energy," Lown says.

That same enthusiasm, however, can take a company in the wrong direction. "Looking back, one big pitfall is getting distracted from what your core values are," Lown says. He points to a ratcheted corkscrew that they designed to accompany their wine bags. "That was a great example of the infectious passion of two entrepreneurs taking over. I love that product, but it wasn't really on brand and it was difficult to market."

Today, Lown is learning to temper his impulse to do it all with the reality of running a successful business. "It's a fine balance of knowing when to do it yourself and when to bring in experts. When you're starting a company, economics often play a big part in that you simply have to do it all, but now I have to break the habit of doing everything."

This means that Lown has had to shift focus from designing products to designing his company's culture. Lown and Swartz hired a CEO last year to assist them, and they are now working to take their company's core values—outlined in a ten-point manifesto—and infuse them throughout the business. This, Lown says, requires soul searching. "When you start a company, be honest with yourself and really figure out what you want," he says. "Do you want growth? Do you want to keep it small? Do you want shareholders? You have to evaluate how you want to contribute to the company as it evolves." 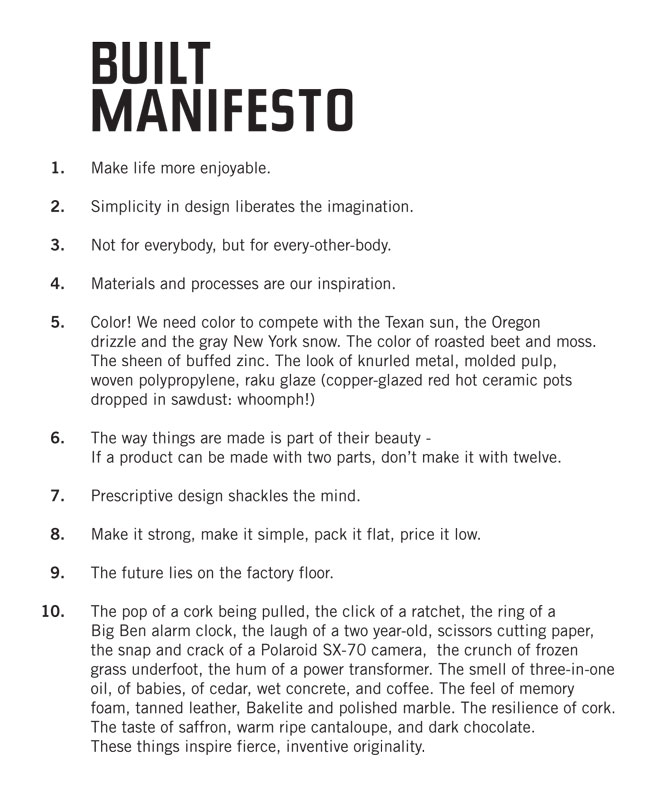 Click here to view a larger version (PDF) of the manifesto.

Lown not only grew a business over the last ten years, he also grew a family. He and his wife, Elizabeth, a graphic designer, had the first of their two children around the same time that Built launched. "I remember bringing my infant daughter to work and putting her on the floor and trying to get work done, and that was an exercise in frustration," he says.

But family life has also suffused itself into his business. Built started a baby line early on and today Lown—who recently constructed a chicken coop in his backyard—is working with Swartz to take Built back to its roots with lifestyle products centering on food and drink. "We're looking at how we can facilitate slowness and leisure and quality experiences," he says. This may mean moving away from the laptop cases and tech gear that they've added to their inventory over the years. Their latest design is a modern interpretation of a picnic basket that opens like a piece of origami and folds down into a flat surface for food. "Designing for experiences that you're living every day and are very passionate about is really great," Lown says.