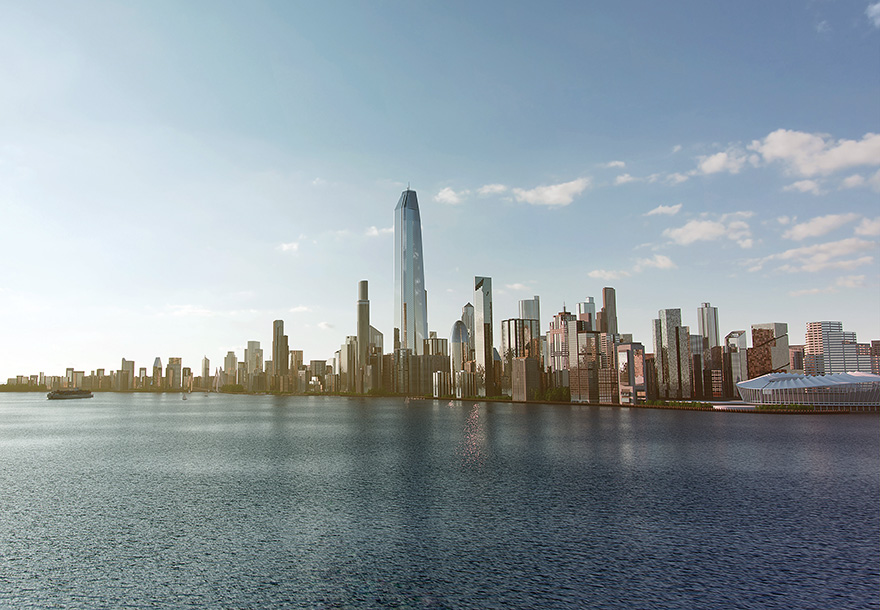 My ID classmate kept getting burgled. His second-storey East Village apartment was broken into multiple times, and in frustration he signed a year lease on apartment 6B of a six-flight walk-up. He reasoned that no thief would be willing to haul a television down six flights of stairs. But within a month, he was robbed again—this time they broke in through the roof door. And my TV-less buddy spent the next 11 months going up and down six flights of stairs every day.

Advanced construction techniques have since skyrocketed, if you'll pardon the pun; as the World's Tallest Building peeing contest continues, it is rumored that Saudi Arabia's Kingdom Tower will be a kilometer high. But the new height limitation is the thing that smashed the old one: Elevators. Steel cable is so heavy that at its maximum elevator height of 500 meters, the cables themselves make up 3/4s of the moving mass. You can stagger elevator banks to go higher, but the heaviness of steel cable makes long-haul elevators prohibitively expensive to run.

Finnish elevator manufacturer Kone believes they have the answer. After ten years of development they've just announced the debut of UltraRope, a carbon-fiber cable that's stronger than steel, lasts twice as long, and weighs a fraction of the older stuff:

Never mind kilometer-high buildings, The Economist quotes an architectural expert saying they could do a mile. If that comes to pass, perhaps my ID buddy will finally be right: No one on the upper floors will ever be robbed, because no thief will be willing to wait for that elevator to come up and take him all the way down.