Hell in a Handbasket: We Will Use Your Phone as a Coaster Since You Don't Have Any Manners 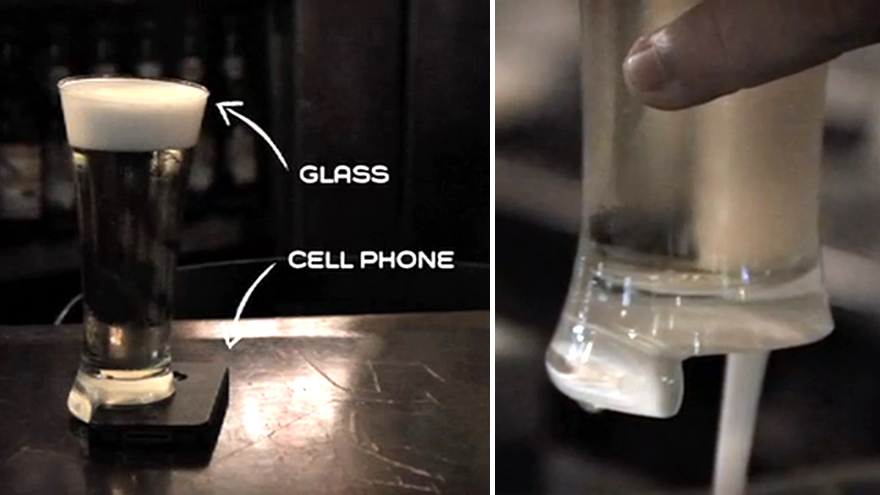 It is items like MisoSoupDesign's Anti-Loneliness Ramen Bowl (below), from earlier this year, that fuel my "Hell in a Handbasket" posts and tweets. 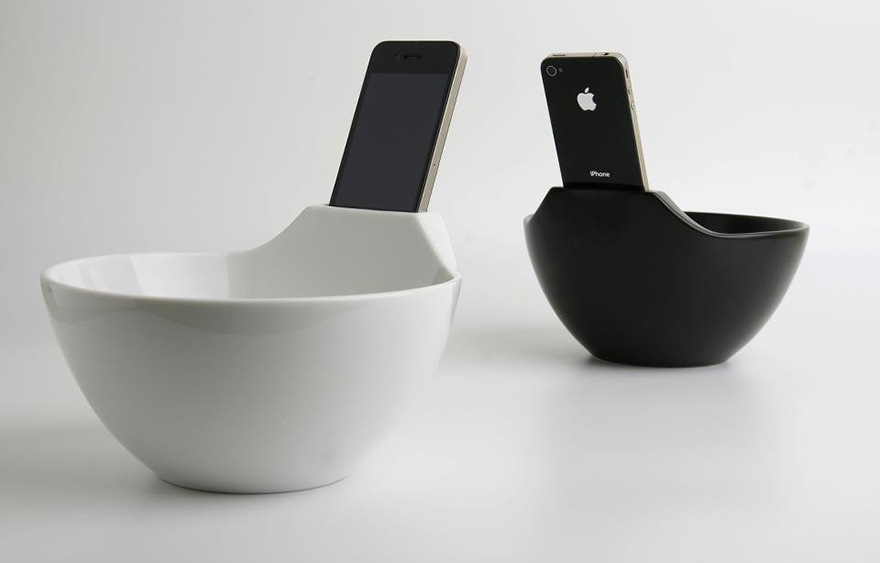 But now Brazilian art director Mauricio Perussi (and his team at ad agency Fischer&Friends) have designed an opposite sort of device with their Offline Glass, which can only stand if there's a cell phone under it:

Yes, it's just a gag, done in conjunction with the Bar Salve Jorge in Cacador, but it's a trenchant one. The idea of creating a co-dependent drinking glass for the sole purpose of subsuming your drinking mate's celly is sadly attractive. So why does this post still get the HIAH moniker, given that the design is attempting to rectify a social ill? Because the fact that Perussi needed to make this comment at all shows we're all going to Hell in a Handbasket. Put your freaking phone down or find more interesting people to drink with.