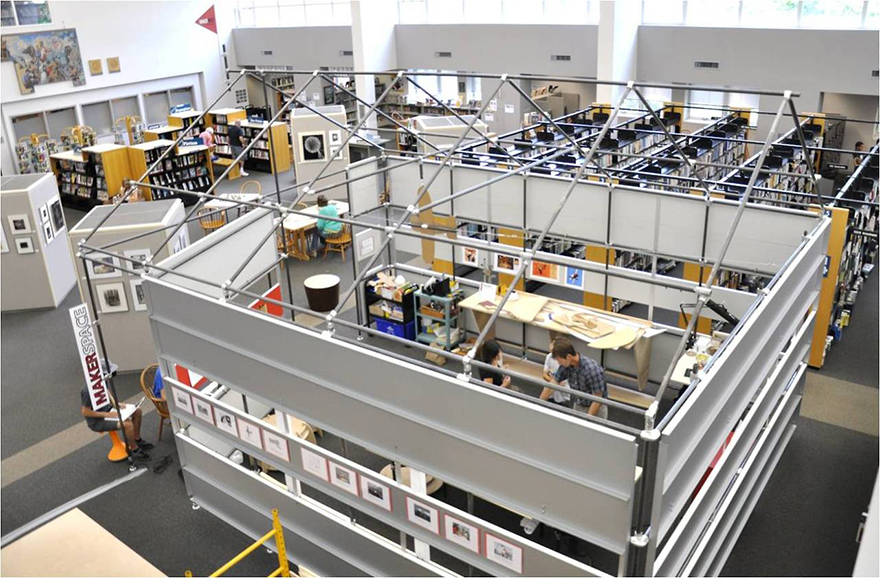 Here's one sound that librarians won't be "shushing" in Chicago: The distinctive whining-and-grinding of a CNC mill. The Chicago Public Library has announced that their centrally-located Harold Washington branch, inside the Loop, will be getting the Windy City's first free maker space.

The pop-up fabrication lab will offer the public access to 3D printers, laser cutters, a milling machine and a vinyl cutter as well as a variety of supporting design software.

How rad is that? The CPL's Innovation Lab is a new initiative to give Chicagoans no-cost access to digital manufacturing, and it's the first that we know of located smack-dab in the middle of a large American city. The six-month run of the Harold Washington maker space, which starts on July 8th, is intended to be a trial run; should it prove successful, the CPL will consider expanding it to other branches around the city.

"The maker lab is the first of several ideas we plan to test over the next few years in the Innovation Lab," said CPL Commissioner Brian Bannon, "as we focus on expanding access to 21st century ideas and information to our communities." We're pretty psyched that they're starting off with digital manufacturing, and we hope the pilot program causes other big cities to take note. American libraries have been dying on the vine for years, and we can't think of a better use for the typically cavernous and underused spaces.